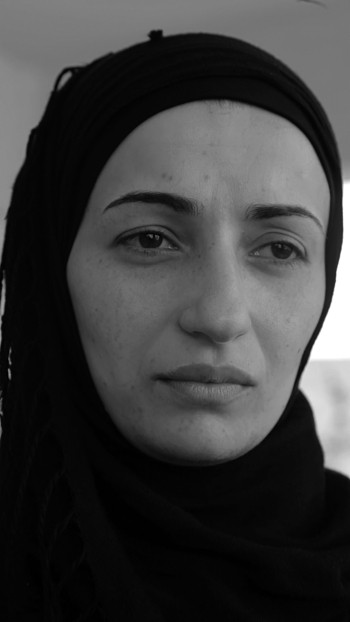 Think. Who are you, your name, your origin?
Think. What has the other side done to you?
Think. Can you forgive it?

Ingeborg Lüscher went into cities, villages and refugee camps and confronted fifteen Palestinians and fourteen Israelis with the above set of questions, while filming them as they considered their responses. All of them had lost loved ones in the conflicts. As the art critic Hans-Joachim Müller writes: "The act of contemplation is silent and eminently eloquent. Now and then you get flickers of quiet gestures, a twitch of the mouth, a nod, which indicate how much speech is hidden in speechlessness. It is these faces, the rhythmic appearance and disappearance of expression that tell the story." In a series of moving, silent, black-and-white images, Ingeborg Lüscher presents us with the faces of her interviewees. The work is dedicated to the dead victims on both sides of the conflict. It deliberately removes itself from the historical and political backdrop and, together with Hans-Peter Feldmann's work "Die Toten" on show in the adjoining room, allows the viewer to pause and reflect on the very private nature of death.