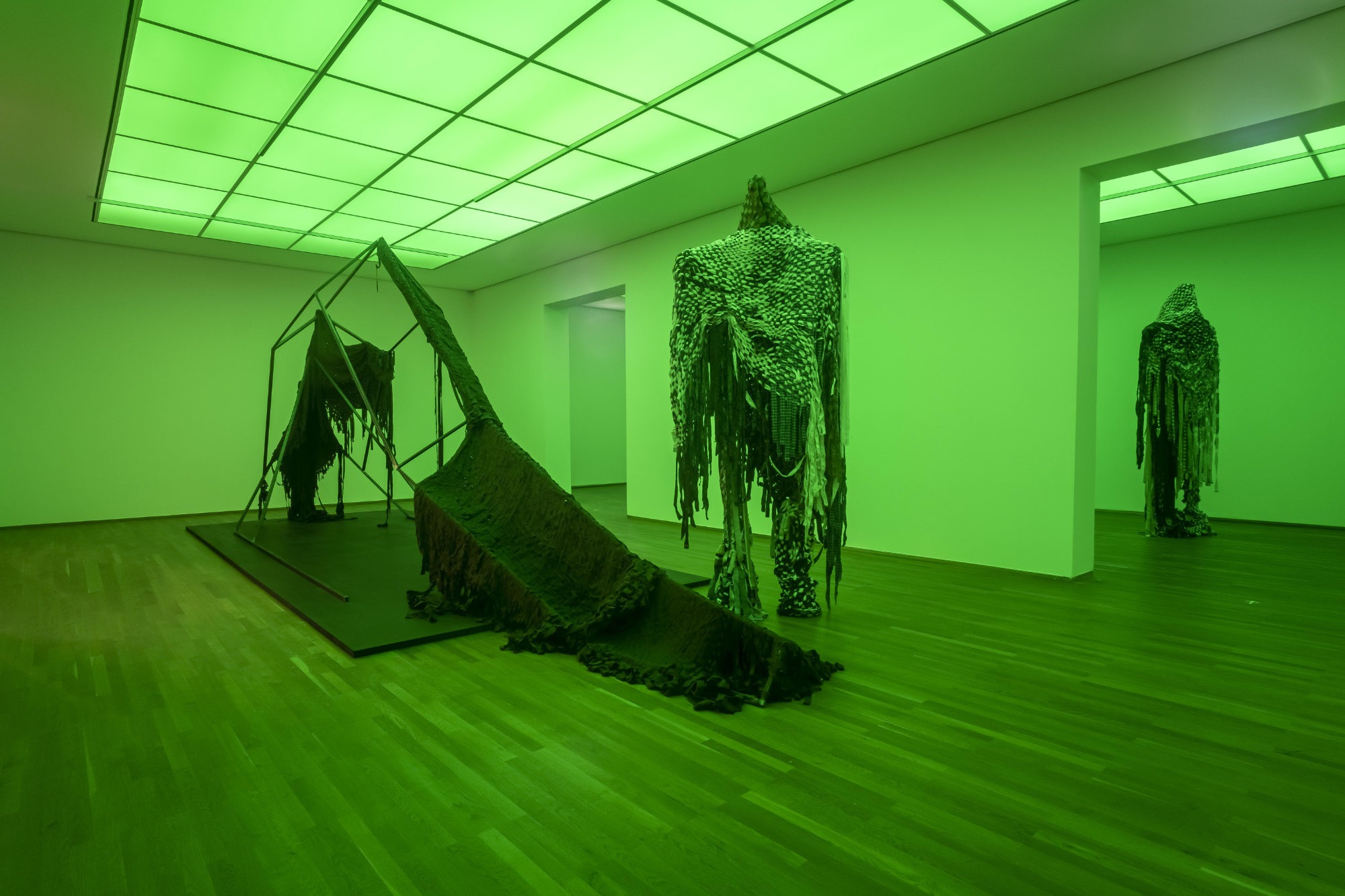 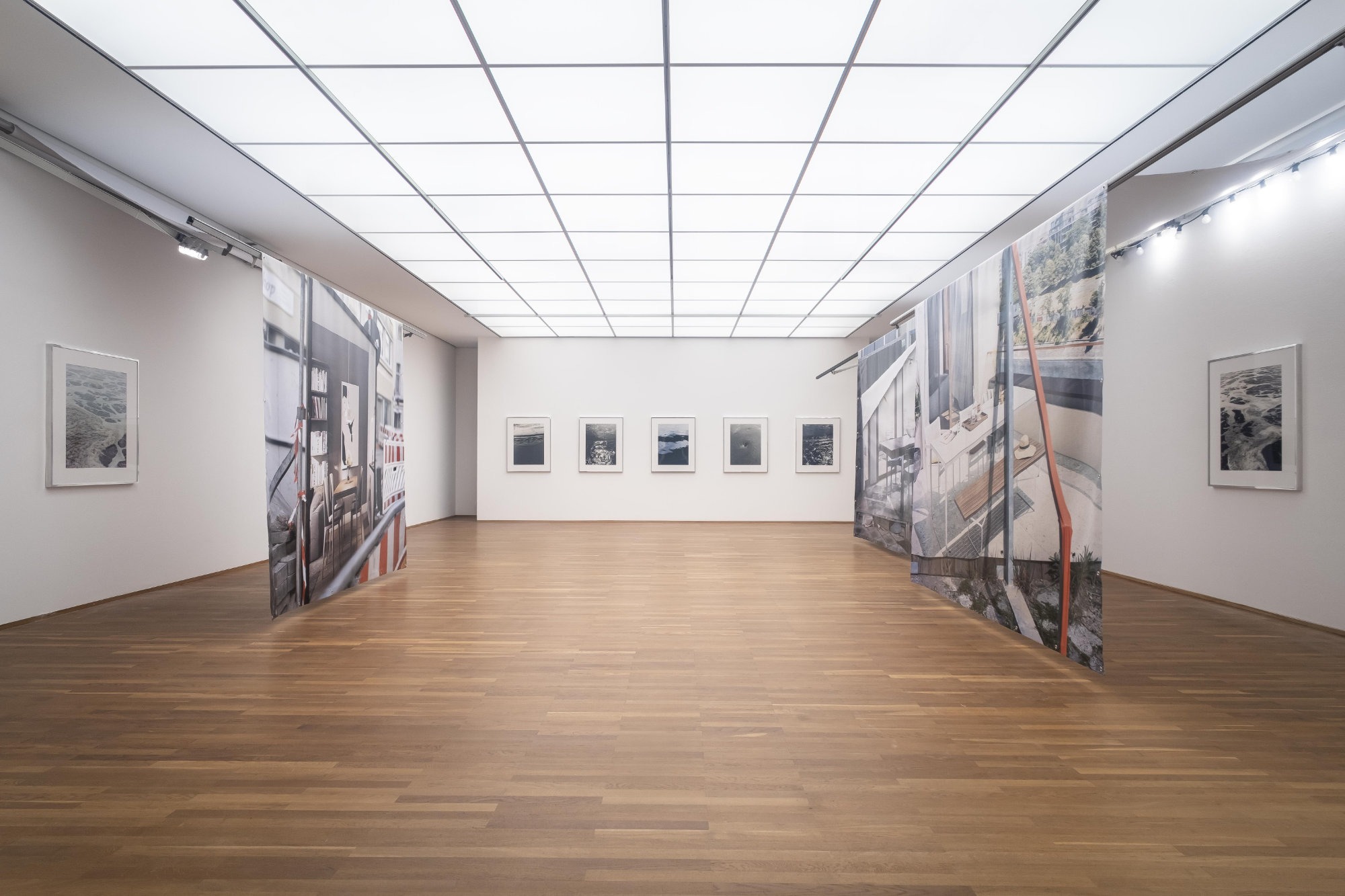 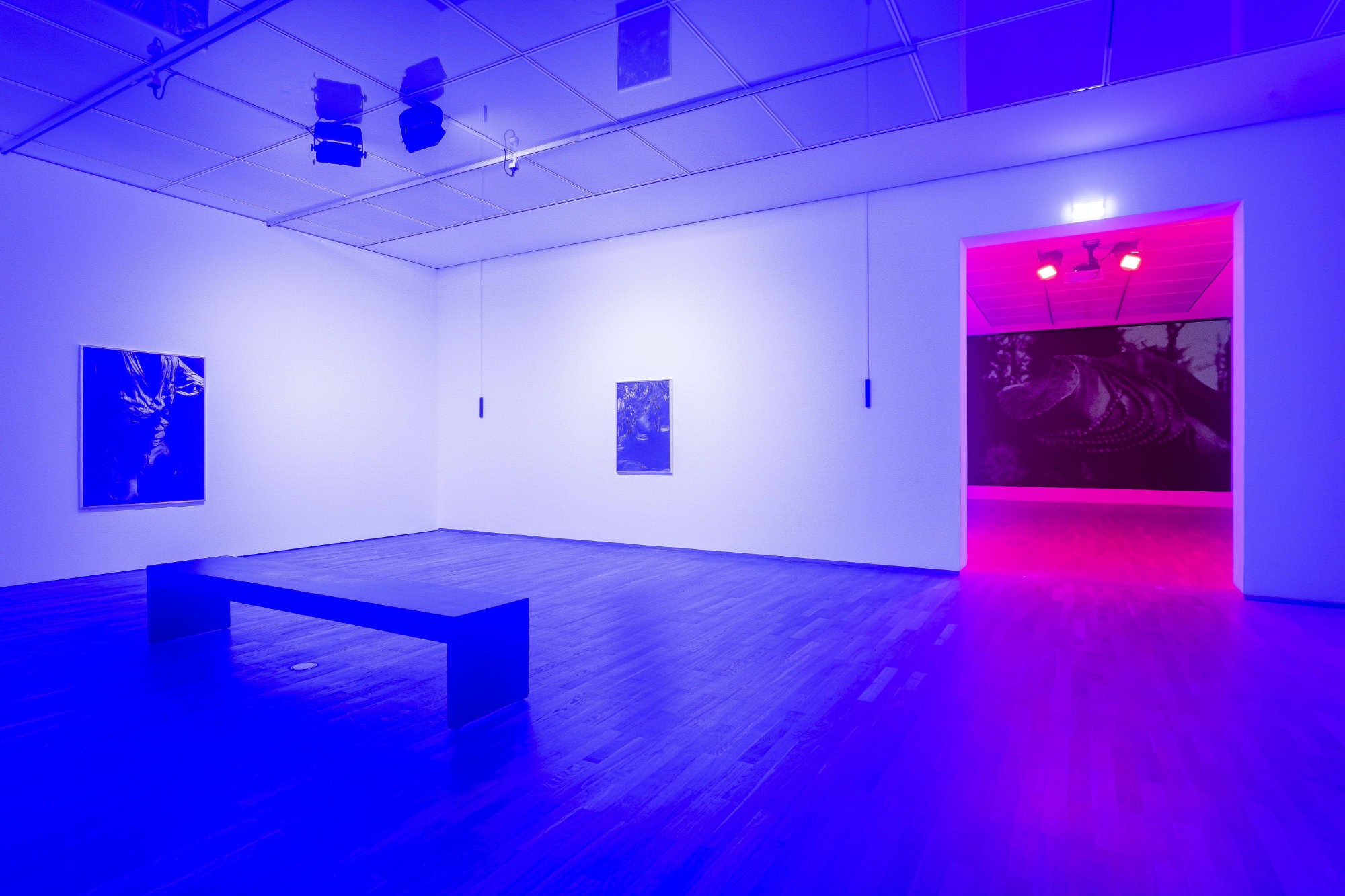 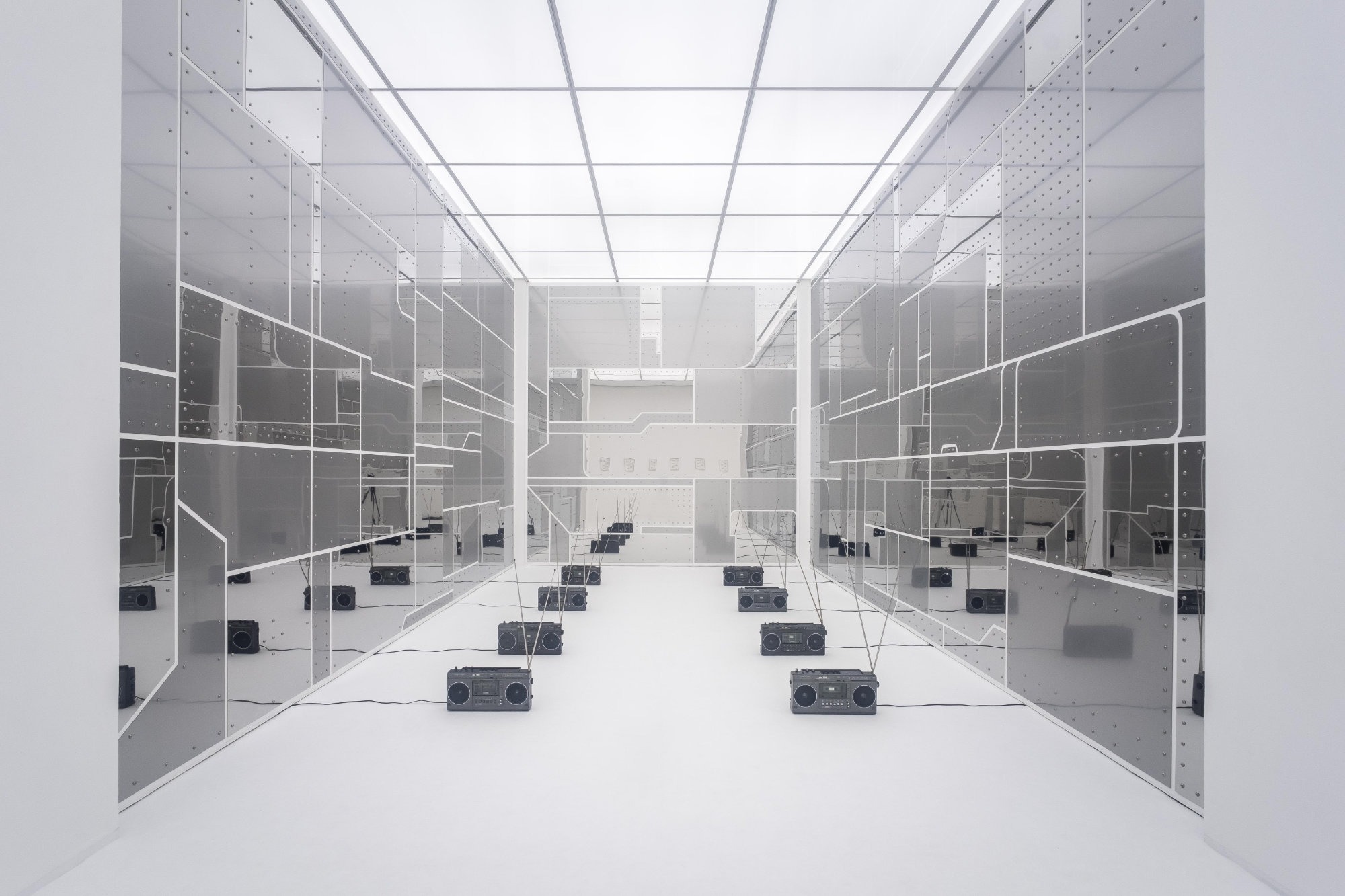 Lamin Fofana (lives in Berlin and New York) explores questions of movement, migration, alienation and belonging through his electronic music and in installations. He synthesizes original composition, field recordings and archival material to create sounds which place historical and contemporary Black critical thought in a dialogue with the reality of the world around us, and which open up new spaces for reflection beyond this reality. For Preis der Nationalgalerie 2021, Fofana is presenting the sound installations “BLUES” (2020) and “Ballad Air & Fire” (2021), in which he incorporates light and scents as well as videos and photography by his long-term collaborators Nicolas Premier and Jim C. Nedd. In the installations, Fofana engages with key texts dealing with the experiences of African people living in the West–including works by Sylvia Wynter, W.E.B. Du Bois, and Amiri Baraka–to create a multisensory space that fosters an active and collective practice of listening.

Over the past ten years, Calla Henkel and Max Pitegoff (born 1988 in Minneapolis, USA / 1987 in Buffalo, USA, both live in Berlin) have developed a practice rooted in documentary photography which has captured the socio-urban development of Berlin from their perspective within the city’s artistic community. Their spaces Times Bar, New Theater and, currently, their TV Bar have shaped the Berlin art scene of recent years. In the photographic series “Exteriors” (2021) and “Collective Image (Klärwerk Ruhleben)” (2021), the duo examines utopian projections and underlying realities in order to offer a view on urban development in Berlin and the unseen, peripheral moments of city living. In addition, they are presenting a trailer for “Paradise” (since 2020), an ongoing television series filmed at TV Bar. The first two episodes of the series will be shown parallel to the exhibition in bars and independent spaces around the city, including Bierhaus Urban, Hopscotch Reading Room, Eschschloraque, and Restaurant im Hamburger Bahnhof.

In her work, Sandra Mujinga (born 1989 in Goma, Democratic Republic of the Congo, lives in Berlin and Oslo) negotiates economies of visibility and invisibility, and questions around identity, self-representation and surveillance. The notion of camouflage and invisibility as a survival strategy plays a crucial role in her observations of existing socio-political structures and power dynamics. She navigates both physical and digital spaces to create images and spatial configuration for speculative worlds which look beyond an anthropocentric paradigm. In the exhibition, Mujinga is presenting two new sculptural ensembles: “Reworlding Remains” (2021) and “Sentinels of Change” (2021). Engaging with principles of Afrofuturism and science fiction, and theories of the posthuman, Mujinga deploys the strategy of worldbuilding in the creation of fantastic figures and a schematic representation of a dinosaur’s body bathed in green light.

Life in the diaspora and its psychological consequences, as well as the legacy of the Cold War and its lasting effects on global capitalism are all recurring themes in the work of Sung Tieu (born 1987 in Hai Duong, Vietnam, lives in Berlin). In her works she often interlinks fact and fiction, historical and biographical events, and a diverse array of lived social experiences. The installation “Song for VEB Stern-Radio Berlin” (2021) draws on her interest in the history of Vietnamese contract workers in the GDR. By incorporating radios manufactured by contract workers in Berlin, Tieu’s installation alludes directly to the city and its Vietnamese community. The radios activate the space acoustically and create a dense weave of readymades, texts and sound that give occasion to think about the relationship between work and life, and between individuals and systems.

A second international jury will select an awardee from the shortlist on October 7th, 2021. The prize consists of a solo exhibition at Hamburger Bahnhof – Museum für Gegenwart – Berlin in the following autumn and an accompanying publication.