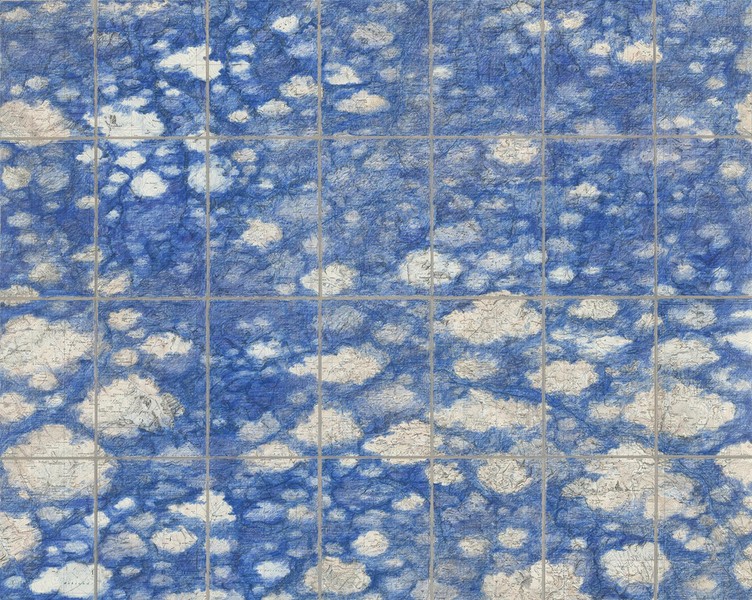 During the 60s, the limitations of drawings were radically expanded. Minimal and conceptual artists like Sol LeWitt or Fred Sandback transferred the line from the two-dimensional surface into space. The drawing entered the third dimension. Time, space, body, language and memory, observation and action become the decisive factors in works by Franz Erhard Walther. And that “breakthrough into space” is the focus of this exhibition.

After the first part of the exhibition (April 30 – October 30, 2016) in which the development of drawings since the 50s was the central theme, the focus of the second part has been placed on contemporary positions that deal with the expansion of drawings into real, imagined or virtual space. For example, in the works of the artist duo Carolin Jörg and Michael Fragstein, the ink drawings “liquefy” and spread with the help of augmented reality apps, thus involving the viewer in the drawing and artistic process. On the Internet platform Lines Fiction, Bettina Munk brings together artists who combine drawing and animation to create interaction between the two media. The Dutch artist Robbie Cornelissen produces space with his pencil drawings that virtually suck in the viewer. Nanne Meyer’s drawings, on the other hand, reflect the pictorial space by means of a cartographic view from above, whereas in Barbara Camilla Tucholski’s sequential drawing cycles, she exposes the “space between” as a temporal and spatial phenomenon. In contrast, the close relation between sculpture and drawing, the tension between surface and form, texture and line, graphite and pigment becomes evident in the works of David Tremlett, Frank Gerritz, Hubert Kiecol, Jan Meyer-Rogge and Ulrich Rückriem.

In addition to installations by Marcel van Eeden or Korpys/Löffler, who use drawing and film to scrutinize places of political power, the museum will present sequences by Bernhard Johannes Blume and Sylvia Bächli and also wall drawings which were created specifically for the exhibition. There will be works on display by a total of 30 artists from the Kunsthalle’s collection of the Department of Prints and Drawings as well as works on loan from private collections which offer an extensive in-depth look at the diversity of contemporary drawing rooms.