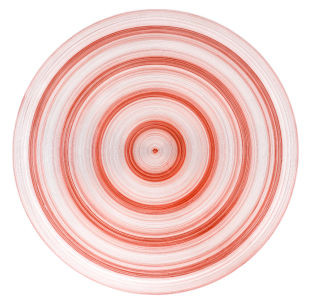 This year marks the 100th anniversary of the death of the Hamburger Kunsthalle's first director, Alfred Lichtwark (1852 - 1914). One of Lichtwark's most far-sighted ideas was to invite artists to come to Hamburg and create paintings or portraits in situ, which then entered the collection of the Kunsthalle.

Having been appointed director of the museum in 1886, Alfred Lichtwark soon recognized that the city of Hamburg could provide interesting subject matter for young, 'modern' artists. As he was particularly keen to introduce Hamburg viewers to contemporary art, he decided to establish a 'Collection of Paintings from Hamburg'. Among the artists Lichtwark commissioned for this project were Ernst Eitner and Arthur Illies from Hamburg, leading German artists such as Max Liebermann, Lovis Corinth and Max Slevogt, as well as French artists such as the Post-Impressionists Pierre Bonnard and Édouard Vuillard. To this end, Édouard Vuillard and Pierre Bonnard spent several weeks in Hamburg in 1913. The paintings they created during this time, including Bonnard's Evening at the Uhlenhorster Fährhaus (1913) and Vuillard's View from Binnenalster (1913), are among the most important works in the Hamburger Kunsthalle collection.

"Lichtwark revisited" takes up and expands on Lichtwark's ingenious idea. The Kunsthalle has invited six international contemporary artists to create works that relate to the city of Hamburg in some way. The newly created pieces will be presented alongside the works that were originally commissioned by Alfred Lichtwark; it will be particularly interesting to see how the view of Hamburg has changed and how today's artists respond to the city.

The story of the Sammlung von Bildern aus Hamburg now continues with the latest contributions by six contemporary artists. Some of them were already familiar with Hamburg, while others have come to the city for the first time to participate in this project. The works commissioned by Alfred Lichtwark for the Hamburger Kunsthalle collection were above all paintings; a hundred years later, the range of artistic media employed by the invited artists has expanded to include photography, film, installation and graphic art.

New York-based artist Jill Baroff (*1954) creates drawings and installations that systematically examine temporal and spatial phenomena. Here she presents Tide Drawings Hamburg, a series of drawings that capture the changing rhythm of the river Elbe. Baroff charted water levels in Cuxhaven at the mouth of the river last year, using data culled from the internet.

Julius von Bismarck (*1983) has produced two works that explore the relationship between man and the sea. Individually, the installation Hoch und Runter and the film Den Himmel muss man sich wegdenken have acontemplative quality; when viewed together they remind us of our powerlessness in the face of the thundering ocean. Julius von Bismarck is here revisiting a central theme of Romanticism – the sublime and overwhelming force of nature –but by using an old, dilapidated boat as the central element of his installation, the Berlin-based artist links this motif to contemporary reality, which can be equally merciless.

In her installation-basedwork Reeducation, Michaela Melián (*1956) expands the traditional representation of a panoramic view: on the basis of historic and contemporary images of the Grindelhochhäuser (a complexof 12 high-rise buildings in Hamburg's Grindel district) and their surroundings, she created drawings that are projected onto a fabric-covered circular form. The title of her work refers on the one hand to the programme of political re-education that was overseen by the Allied powers following the defeat of National Socialism, and on the other to the architects' vision of acompletely new form of social housing.

Jorinde Voigt (*1977) has analysed Alfred Lichtwark's Übungen in der Betrachtung von Kunstwerken (Exercises in the Contemplation of Artworks) from 1898 and subsequently transformed them into a matrix of ten drawings. Designed for children above all, Lichtwark's exercises involved studying original works of art and were intended to "train the eye".

Adrian Williams (*1979) explores Hamburg through collages of images and texts. She steers clear of stereotypical images of thecity and its landmarks, focussing instead on everyday scenarios. Williams' narrative works are a blend of fiction and reality, and reveal details of the urban surroundings that often go unnoticed. The photographs and text passages that are woven into her collages were created spontaneously as she wandered around the city.

In Tobias Zielony's (*1973) video installation, the subject of people fleeing their home country by boat is examined as a chapter in the history of modern seafaring. The piece centres on an interview with a Sudanese refugee who describes his voyage by boat from Africa to Europe. Zielony has illustrated this account with various visual motifs from Hamburg. Taking the graffito like real boat people. dislike maritime marketing as his starting point, the Berlin-based artist thereby challenges the notion of Hamburg as a desired destination.

As in Lichtwark's day, the HamburgerKunsthalle hopes to be able to acquire these artworks for its permanent collection and thus continue the tradition of the Sammlung von Bildern aus Hamburg.
www.hamburger-kunsthalle.de