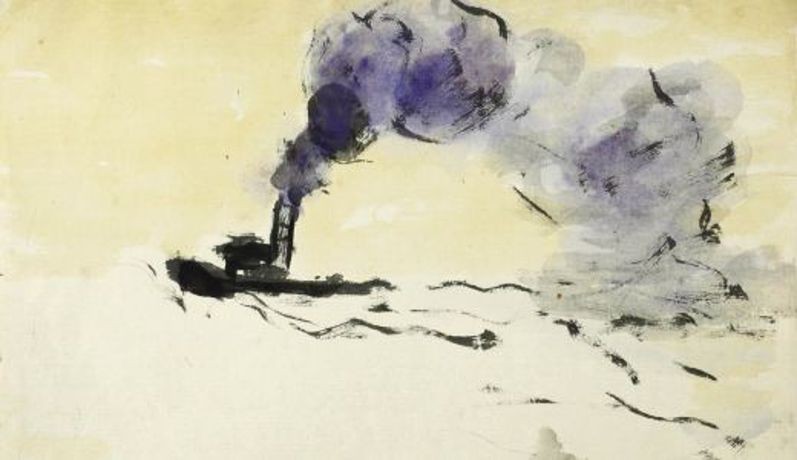 The city of Hamburg held great significance for the Expressionist artist Emil Nolde (1867–1956). Not only did he find inspiration for numerous artworks here, he also gained considerable recognition at an early stage of his career. Now, for the first time, Nolde’s close ties to the city are being explored in a comprehensive display of around 200 of his works, which include vibrantly coloured paintings and watercolours, atmospheric etchings and woodcuts as well as dynamic brush-and-ink drawings.

Nolde visited Hamburg regularly on his travels around Germany. He was fascinated by the bustling activity of the harbour and was also impressed by the wind and weather in the Hanseatic city, which for him represented the primal forces of life and nature. In 1910 he spent several weeks here, staying at the modest hotel Unter den Vorsetzen in the St. Pauli district. Nolde captured his immediate impressions of his surroundings in over a hundred works produced in rapid succession during this time. The majority of these are in the collection of the Nolde Foundation Seebüll, and are now being presented in the city where they were created, alongside works from the holdings of the Hamburger Kunsthalle and loans from a number of public and private collections.

Exhibitions of Emil Nolde’s work have been held in Hamburg since 1907, and it was here that he also found his first supporters: private individuals and museums began to collect his work. Nolde and his wife Ada established close relationships with important figures in the city’s art scene such as Gustav and Luise Schiefler, Paul and Martha Rauert, Rosa Schapire, Alfred Lichtwark and Gustav Pauli. The current exhibition also examines the close relationship between work, life, art and society at that time, the impact of which can still be felt today.

The exhibition is accompanied by a wide-ranging programme of related events, including lectures and discussions. The fully illustrated catalogue includes scholarly essays and a foreword by Helmut Schmidt, the patron of this notable exhibition. Nolde in Hamburg has been organised in collaboration with the Nolde Foundation Seebüll and will only be shown at the Hamburger Kunsthalle.
www.hamburger-kunsthalle.de