Out of focus. After Gerhard Richter 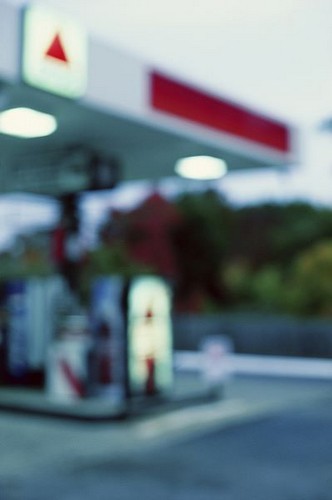 (The show will run alongside Gerhard Richter. Bilder einer Epoche that will be on display at the Bucerius Kunstforum from 5 February to 15 May 2011)

Since the 1960s, the art of Gerhard Richter (*1932) has been marked by an out-of-focus appearance. Just as Georg Baselitz has become famous for turning his pictures’ motifs upside down, the blurred and hazy, out-of-focus appearance is seen as typical for Richter’s paintings. This holds true for his representations of figures, landscapes or still-life paintings just as it does for his abstract paintings.

In this way he picks up on a principle that has been introduced into the tradition of European painting since the fifteenth century, like for example in the sfumato-technique of Leonardo da Vinci. Never before however, did the phenomenon of blurred and hazy images take on such a dominant role as in the paintings by Richter. In addition, one major innovation is that even his abstract paintings are blurred and out of focus in certain sections or in overall appearance.

Since its first appearance in paintings by Gerhard Richter, the blurred surface has become a central characteristic in both figurative and abstract paintings and photographs by a large number of younger artists. This exhibition for the first time offers a closer, coherent look at this stylistic principle by presenting the paintings and photographic works by twenty-one artists born after 1960 together with around twenty works and an early experimental film by Gerhard Richter. As a part of the language of their images these artists employ the means of blurring consciously and in different combinations. In this they follow Richter who has given shape to the hazy image surface in many guises. There are, for example, the effects of a softened touch, of a veiled surface that render the images romantic or nostalgic or lend them the touch of mystery. The bleary haze of things in motion, by contrast, represents the progress and dynamism of modern life, and draws on entirely opposed sources.

A third aspect is that of different interferences that leave the images and their motifs hardly discernable at all. The pictures’ contours and surfaces appear dissolved unto a point where the represented subjects are no longer identifiable. This kind of painterly rendition, more often than not taking its cue from photographic sources, pulls into question the representational function of photography that is in most instances still taken for granted. At the same time it raises doubts as to whether a painting in question is a painterly and blurred reproduction of a clear photograph or a precisely painted reproduction of a photograph that is out of focus. Moreover, the tendency to dissolve the seen image by means of extreme enlargement, pixelation or its wiping-out raises questions about the truthful representation of the reality we perceive and about the function of the painted image for our apperception.

The degrees of blurring in painting and photography define the border between realism and abstraction (clarity and precision) in the representation of reality. They point to the double function of representation between a naturalist reflection and the autonomy in the employment of artistic devices. In its ability to reconcile opposites the blurring of images is at the same time symptomatic for postmodernity, as Wolfgang Ullrich writes in Die Geschichte der Unschärfe (The History of Images out of focus, 2002). As a part of their pictorial language the artists employ different kinds of blurring in various combinations. A real boom of blurred representations can be observed way beyond painting and artistic photography. In popular culture, like the advertising industry’s output, images that appear out of focus have become highly popular. This once more demonstrates how the high and the applied arts exert a profound influence on each other within today’s culture.