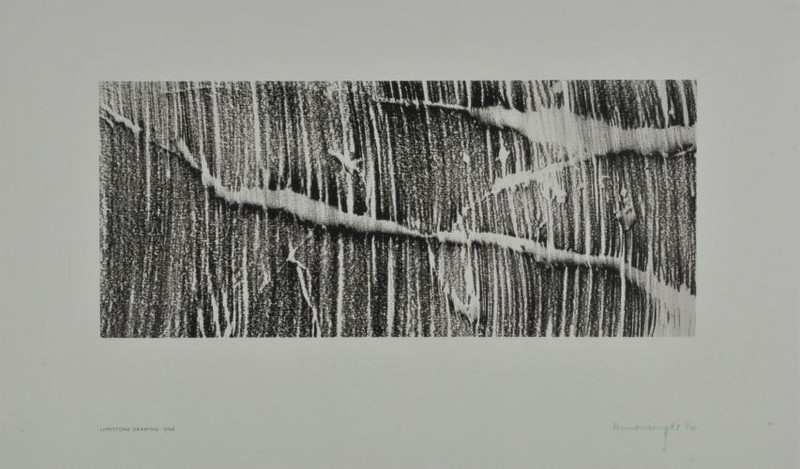 Richard Long (* 1945) is a leading exponent of Land Art. The internationally acclaimed British artist has participated in the Documenta in Kassel several times and has received many major awards, including the Turner Prize in 1989 and the Praemium Imperiale in 2009. For over 40 years he has been creating outdoor artworks throughout the world, using the movement of his own body, the act of walking through different landscapes, as the scale and medium for his art. Richard Long creates temporary sculptures in the landscape, which he then photographs before leaving them exposed to the elements or the tides. The materials used, such as stones, pebbles or driftwood, are found in situ and assembled by him into distinct geometric forms such as circles, lines or ellipses. Long's artistic oeuvre – encompassing sculpture, painting, photography and printmaking – is characterised by a direct integration of the landscape, his own physical presence and movement, and the incorporation of time as a fourth dimension. In this display all the prints created by Richard Long between 1970 and 2013 are being exhibited together for the first time.
The exhibition is a collaboration with the Museum Kurhaus Kleve and the New Art Gallery, Walsall / England.
www.hamburger-kunsthalle.de