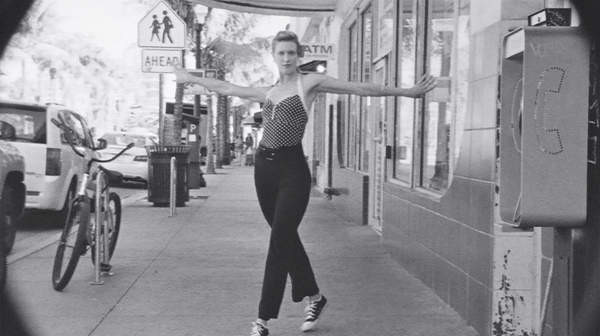 Dara Friedman explores notions of performativity, urban space, and the individual in the public sphere in her ebullient, poetic films and videos. For Dancer (2011), she enlisted Miami-based dancers of all stripes to dance through the city streets for the camera. Shot on 16mm black-and-white film and transferred to HD video, Dancer celebrates both the city and the medium of dance. With the city streets as a backdrop, dancers improvise, expressing the specificity of their styles and skills and making meaning through movement. Organized by Hammer senior curator Anne Ellegood, Hammer Projects: Dara Friedman is Friedman’s first exhibition in Los Angeles.