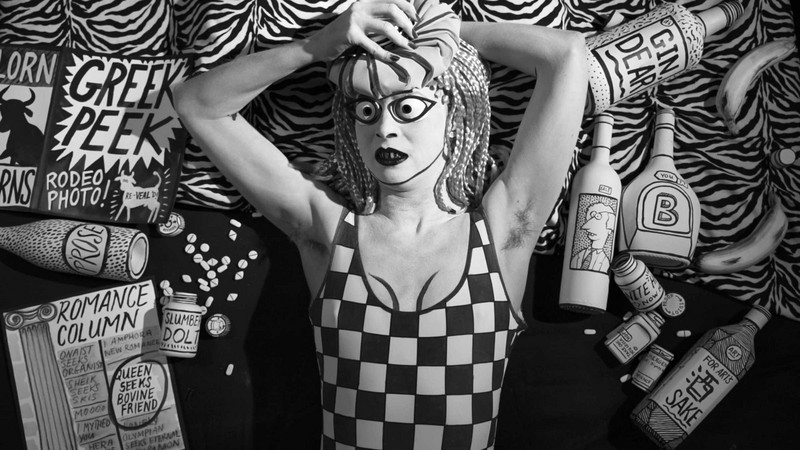 Trained as painter, Mary Reid Kelley creates narrative videos set within her own stylized black and white drawings. Working with videographer Patrick Kelley, her characters—all roles usually played by the artist—move through her black-and-white scenery and speak in poetic verse written by the artist. Beginning with Priapus Agonistes (2013), Reid Kelley explores the Greek myth of the Minotaur, turning the hybrid creature into half woman rather than man. In the second video of this series exploring the Minotaur’s family history, Swinburne’s Pasiphae (2014), Reid Kelley brings to life an unpublished text by the Victorian poet Algernon Charles Swinburne, which is rich with bawdy double entendres and visual language that aligns with the artist’s own writings. The third and final video of the trilogy, The Thong of Dionysus, will be completed in 2015 and will premier in her Hammer Project. A mix of Greek cartoon, slapstick, and multidimensional wordplay, Reid Kelley’s videos explore the roles of women, sexuality, language, and art historical tropes. This exhibition will be the first presentation of the complete video trilogy and will include portraits of her recurring characters in the Hammer’s courtyard lightboxes.