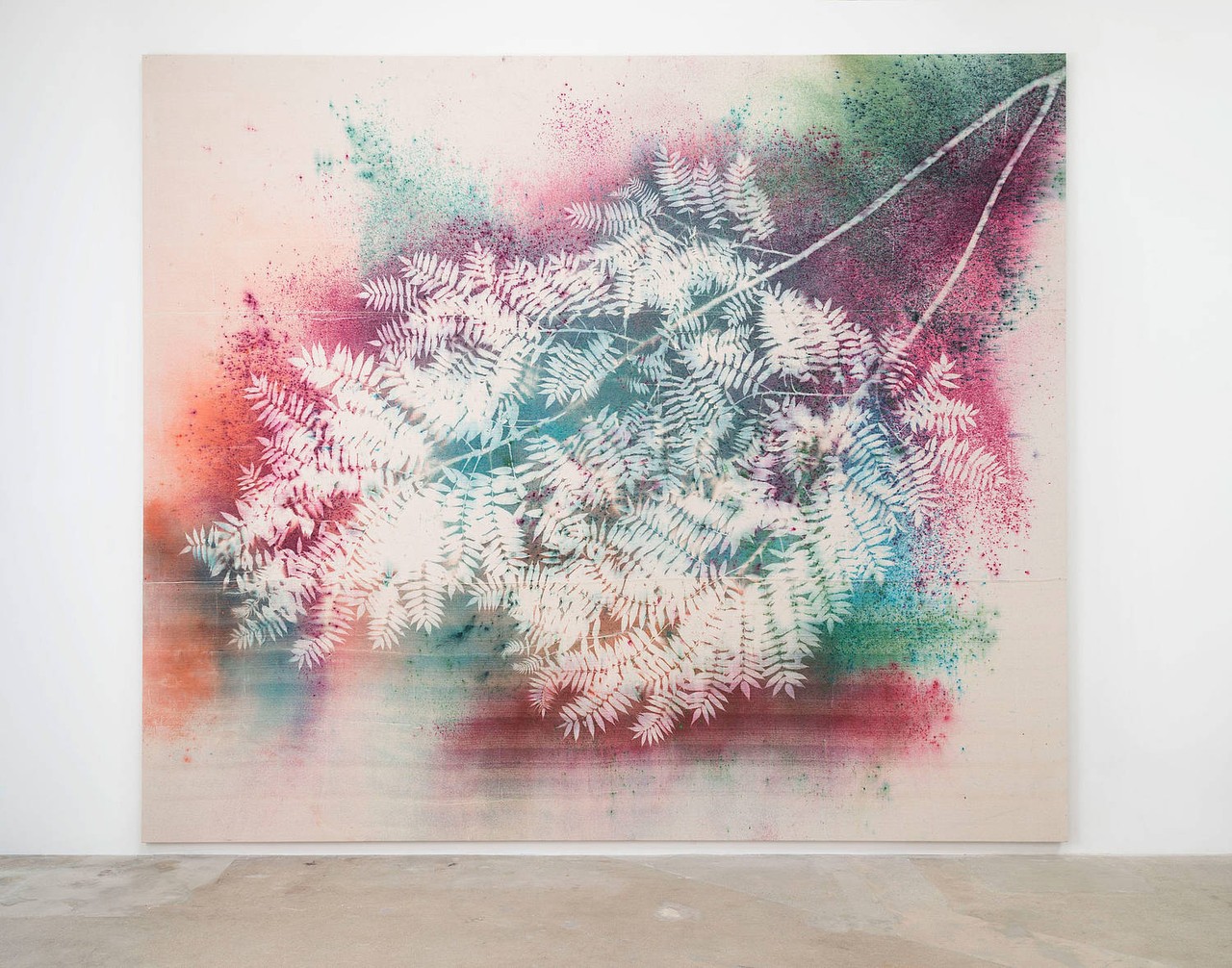 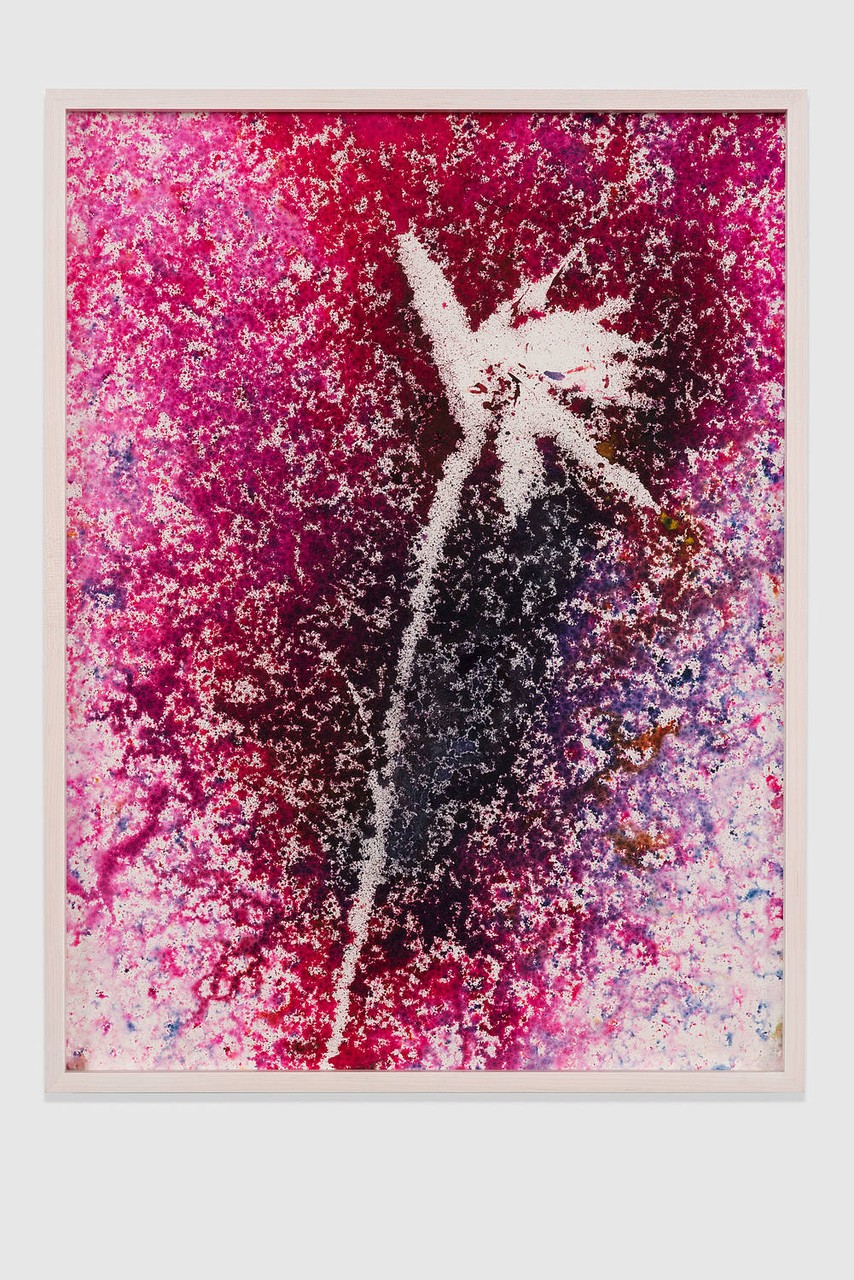 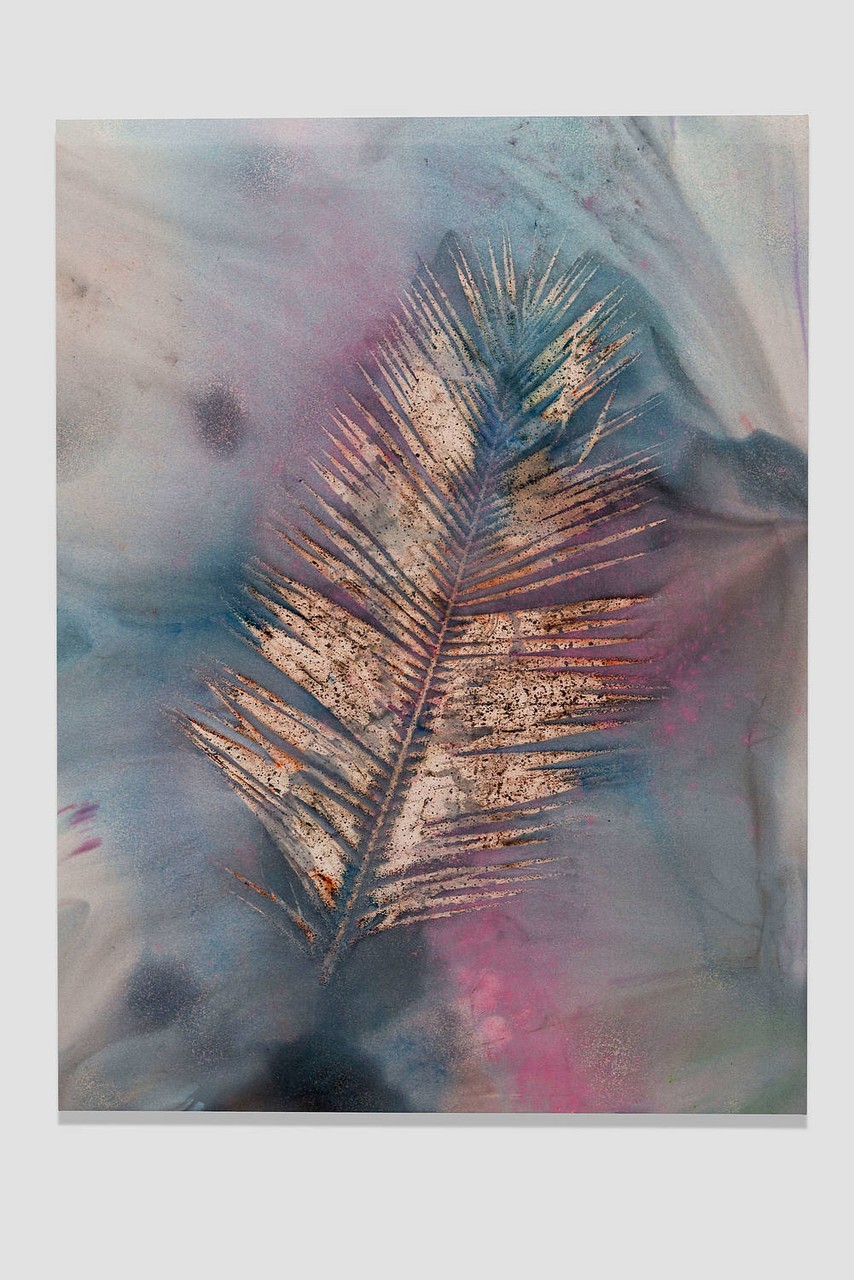 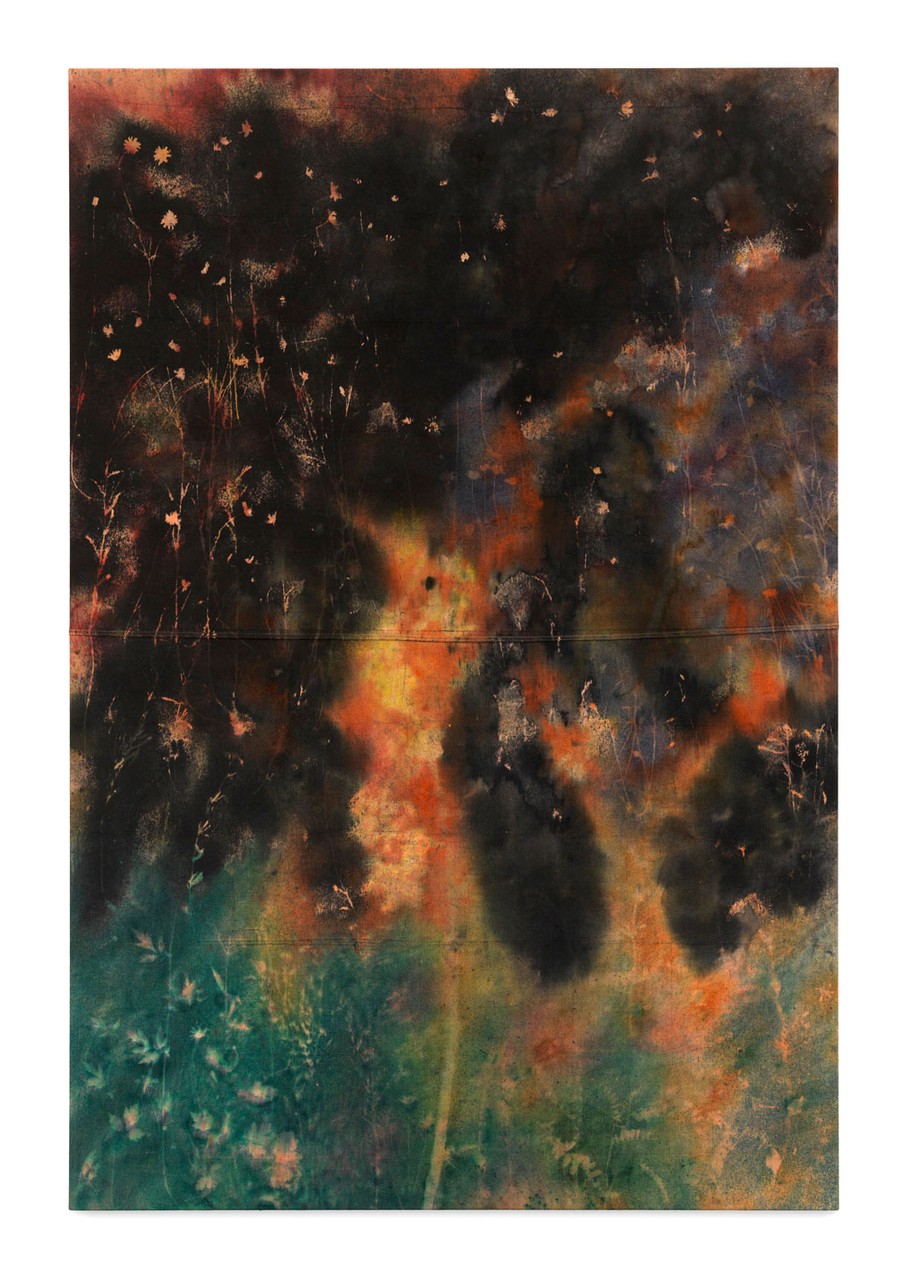 For California Flora (National Forest Condensation Wall), Los Angeles-based artist Sam Falls traveled to all nineteen National Forests in California to create a map of sorts that depicts the state’s flora, from the ocean to the desert, from volcanic topography to the forest floor. Working outdoors, Falls covers large canvases with vegetation from the sites he visits—Ponderosa pine trees, California buckwheat, deer fern, and wild bluegrass (to name a few)—and sprinkles them with dry pigments ranging from vibrant blues and bright yellows to more earthy hues, and then leaves them outside, exposed to the environment overnight. The condensation from rain or dew covers the surfaces in a process not unlike that used to create a photogram, requiring exposure over time so that only silhouettes of the flora remain amidst beautiful washes of color. Displayed together, the works are an immersive yet intimate portrait of the state of California that speak to the incredible heterogeneity of the landscape while compelling us to appreciate, care for, and maintain our invaluable ecosystems.