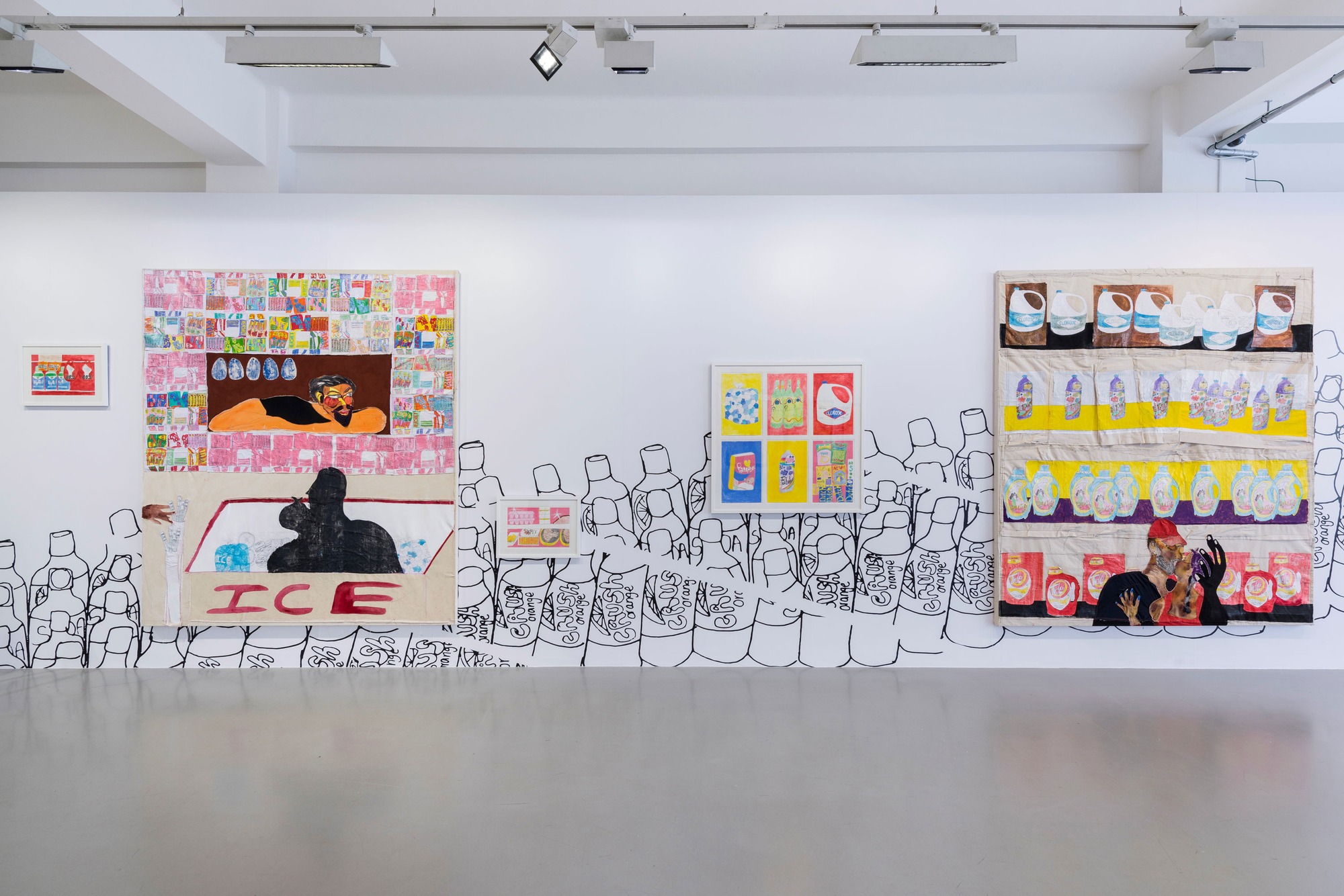 Self's project Bodega Run examines the neighborhood convenience store as both a gathering place for community and a microcosm of how current economic and political issues are impacting people’s lives.

Working across a range of mediums, including painting, print-making, sculpture, collage, sewing, and installation, Tschabalala Self often depicts ample, powerful, and self-contained figures to explore cultural attitudes toward race and gender. Simultaneously embracing and rejecting stereotypes and fantasies that revolve around black women’s bodies in particular, her lively and spirited portrayals propose new forms of representation that are empowered and celebratory.
For her Hammer Project, Self presents the fifth, and final, iteration of her project Bodega Run, which examines the neighborhood convenience store as both a gathering place for community and a microcosm of how current economic and political issues are impacting people’s lives. Presented in the Hammer’s lobby gallery as a vibrant corner store, the installation includes wallpaper made from Self’s simple line drawings of foods commonly available on market shelves, a tiled linoleum floor, paintings of customers shopping amongst colorful patterns of products, and freestanding sculptures portraying silhouetted animals and a shopkeeper, as well as electronic LED signs in the window emblematic of the various economies that operate in these settings. Bodegas are commonplace in Harlem, where Self was born and continues to reside, and the Bodega Run series traces some of the changes of ownership and demographics associated with these small stores and how they reflect the shifting identities of urban neighborhoods.