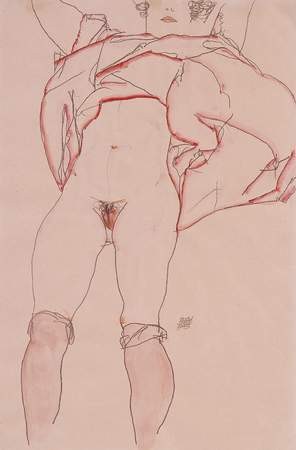 Houseguest is a series of exhibitions at the Hammer Museum in which individual artists are invited to curate a show from the Museum’s and UCLA’s diverse collections. For this exhibition, Los Angeles-based artist Frances Stark chose to sift through the works in the Grunwald Center for the Graphic Arts, a collection of more than 45,000 prints, drawings, photographs and artist books dating from the Renaissance to the present. Stark began her research without a specific theme in mind, a process she describes as “surrendering to taste and to the chance of discovery.” She found herself instinctively drawn to figurative and metaphorical renditions of man and woman. Her exhibition takes the form of a visual essay on the sexes, transporting the viewer through a panoply of humanity with themes of creation, reproduction, pleasure, the essence of the body, relationships, identity, and death. Stark eliminated photography from the outset, and focused on the intuitive lines of prints and drawings in works by artists such as Jacques Callot, Francisco Goya, Edgar Degas, Egon Schiele, Isabel Bishop, Kenneth Price, Mike Kelley, and Agnes Martin.

This exhibition is organized by Allegra Pesenti, curator, Grunwald Center for the Graphic Arts at the Hammer.
hammer.ucla.edu