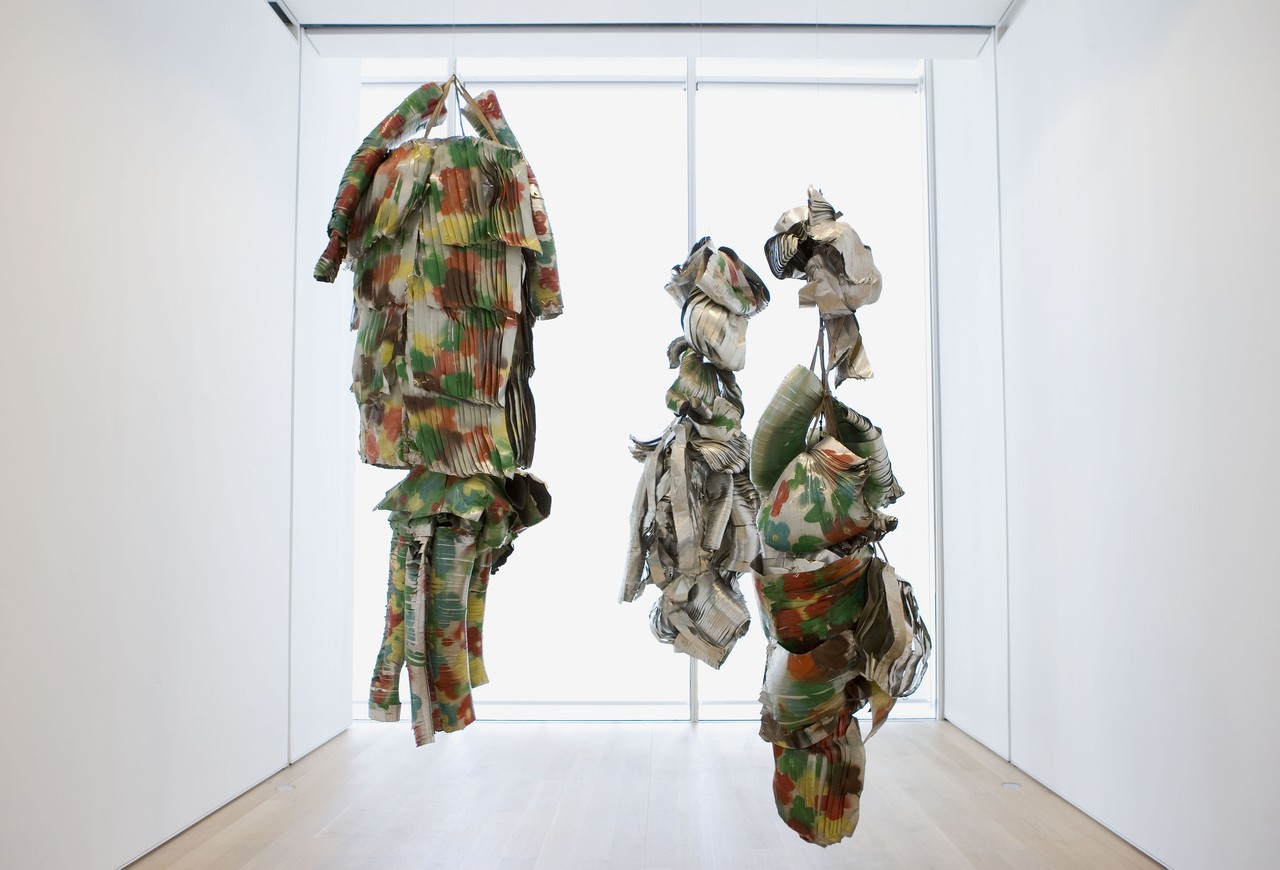 The Hammer Museum and the Metropolitan Museum of Art are partnering on an exhibition of works by the Italian painter, sculptor, and installation artist Marisa Merz (born Turin, Italy, 1926), who was awarded the Golden Lion for lifetime achievement at the 2013 Venice Biennale. This survey will be the first retrospective exhibition of the artist’s work in the United States and will be accompanied by the first monograph to be published in English. Bringing together five decades of work–from her early, Arte Povera experiments with non-traditional art materials and processes; to the enigmatic heads and faces she created in the 1980s and 1990s; to mid- and late-career installations that balance intimacy with impressive scale–the exhibition will explore the prodigious talent and influence of Merz’s understudied body of work.

Marisa Merz gained international prominence as part of the circle of artists associated with Arte Povera in the late 1960s. An avant-garde movement that rejected Italy’s material wealth in favor of “poor” materials, Arte Povera was identified with the radicalism of the student movement but proclaimed no stylistic or ideological credo except the negation of existing codes and art world limitations. Although she was included in important presentations of Arte Povera, Merz has remained a marginal figure even within that context. As the sole female protagonist of the movement and one of the few Italian women to exhibit in major venues internationally, Merz’s challenging and evocative body of work, marked by great variety in scale and material, is inflected by sexual and cultural difference. Ultimately, Merz’s work is as much a response to her own experience as it is to the art of her contemporaries and exists in the intersection of art and life that has become so central to contemporary practice.

Merz’s earliest work, begun around 1965 in the house she shared with husband Mario Merz, is a tangle of molded aluminum hung from the ceiling that combined sharp, rough metal edges with soft, biomorphic contours, expanding the existing conception of a ‘mobile’ into a colossus. In the late 1960s, she went on to create a series of powerful works from non-traditional materials that referenced both her family life and the broader Italian tradition of polymaterialism: sculptures of rolled up blankets bound with nylon thread that were occasionally used as props in performances by her husband; a plywood swing for her daughter that joins sculptural rigor with youthful play; and a series of knitted nylon wire sculptures, including the iconic booties that the artist sometimes wore herself. In the 1970s Merz’s trademark installations of humble materials–delicate copper wire, bowls of salt, knitting needles–grew more and more complex. After 1975, the artist began sculpting a series of small heads, often roughly modelled in clay and unfired. These were debuted in the 1980s and would become emblematic of the artist and her late work.