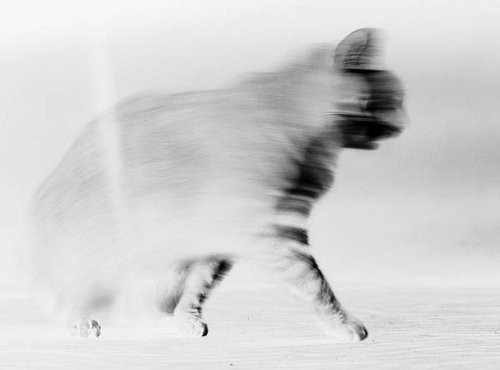 Nine Lives: Visionary Artists from L.A. is the fifth in the Hammer’s biannual invitational exhibition series highlighting work created in greater Los Angeles. Nine Lives features over 125 works, much of it new, by nine artists spanning four generations —Lisa Anne Auerbach, Julie Becker, Llyn Foulkes, Charles Irvin, Hirsch Perlman, Victoria Reynolds, Kaari Upson, Jeffrey Vallance, and Charlie White. The works include video, paintings, drawings, photography, textiles, and two new sculptural installations. As all of the artists live and work in L.A., Nine Lives embodies many of the psychic complexities and paradoxes of the city – it is at once beautiful and frightening, refined and unruly. The reinvention of oneself is central to several of these artists’ practices. These mesmerizing artists create characters and tell stories of fantasy and science fiction, building alternate worlds grounded on their obsessions. Popular culture and mythology are common themes, as are alternative lifestyles, and subcultures. The luxury of space and privacy that Los Angeles affords allows them the freedom to tinker, research, and explore their obsessions which often parallel Hollywood’s dream factory.

Llyn Foulkes’s career can be traced from his First Award for Painting at the Fifth Paris Biennale in 1967, through his participation in the legendary Helter Skelter (1992) exhibition at the Museum of Contemporary Art, Los Angeles. This exhibition will include ten works spanning four decades that use both humor and horror to expose the hypocrisies and the absurdities American culture.

Julie Becker’s work is often based on the obsessive imagined intimate details of fictional characters. For this exhibition Becker shows video, photographs, collages, drawings, and sculptures from the ongoing (w)hole project which is based on the life of the deceased former tenant of her last apartment.

Hirsch Perlman makes photographs and videos that capture mysterious landscapes, strange experiments, odd characters, and unexplained phenomena. For this exhibition Perlman made a new body of photographs—portraits of a cat shot with a 4 x 5 camera – which are studies of movement and stillness, both beautiful and creepy at the same time.

Charles Irvin makes videos, drawings, and paintings depicting a bizarre universe populated with comedians, creeps, aliens, and wizards. In addition to drawings and paintings, Irvin presents a new video, in the style of conspiracy theory documentaries, exploring the origins and agenda of the False Memory Syndrome Foundation, a support group for individuals who claim to have been falsely accused of perpetrating child sexual abuse.

Victoria Reynolds creates rich, highly detailed portraits and pictures of raw meat. She paints pictures of venison, bacon strips, tripe, and reindeer meat in bold strokes, often encasing the paintings in elaborate rococo frames, which give the meat an almost regal quality. The sinewy tissues and tendrils resemble gems, pearls, and blossoms both seductive and repulsive.

Kaari Upson is creating a new installation which re-imagines the grotto at the Playboy mansion with video projections and a running waterfall. It is a continuation of the ongoing Larry Project, which investigates the life and identity of a stranger whose personal items Upson discovered in an abandoned burned out home in 2005. First shown as a Hammer Project in 2007, this body of work confronts ideas about identity and privacy as Upson explores a bizarre fantasy life with this stranger whose biography she has become absorbed with.

Charlie White’s work reflects his fascination with mainstream American popular culture and his interest in subcultures. In this show, White presents a new film, American Minor (2008) which explores the angst and boredom of a pre-teen girl, and a new photo series pairing teenage girls and pre-op transwomen, both on the verge of womanhood.

Jeffrey Vallance is a collector of objects from all over the world and is often described as an amateur anthropologist. However, unlike most anthropological studies, Vallance’s work zeros in on the overlooked treasures of everyday life. He takes kitschy and seemingly banal objects and ideas and transforms them into humorous works of art. For this exhibition, Vallance presents one of his many object collections which is displayed on a replica of a wall from his home.

Lisa Anne Auerbach’s artistic practice is multi-faceted -- she is a writer, a passionate advocate of bicycling, a knitter, a photographer, and a political activist. Auerbach has co-opted the traditional female craft of knitting and transformed it into a tool for wry, pointed political messages. Her contribution to the exhibition includes sweaters with hand-knit political jokes and riddles, as well as ‘cover girl’ self-portrait photographs featuring the artist in deadpan poses revealing the artist’s sly sense of humor.

This exhibition has received major support from The Andy Warhol Foundation for the Visual Arts. Additional support has been generously provided by Linda and Jerry Janger, Barbara and Peter Benedek, David Teiger, the Pasadena Art Alliance, Joel Portnoy, John Rubeli, and Alisa and Kevin Ratner.

The catalog is published with the assistance of The Getty Foundation
www.hammer.ucla.edu