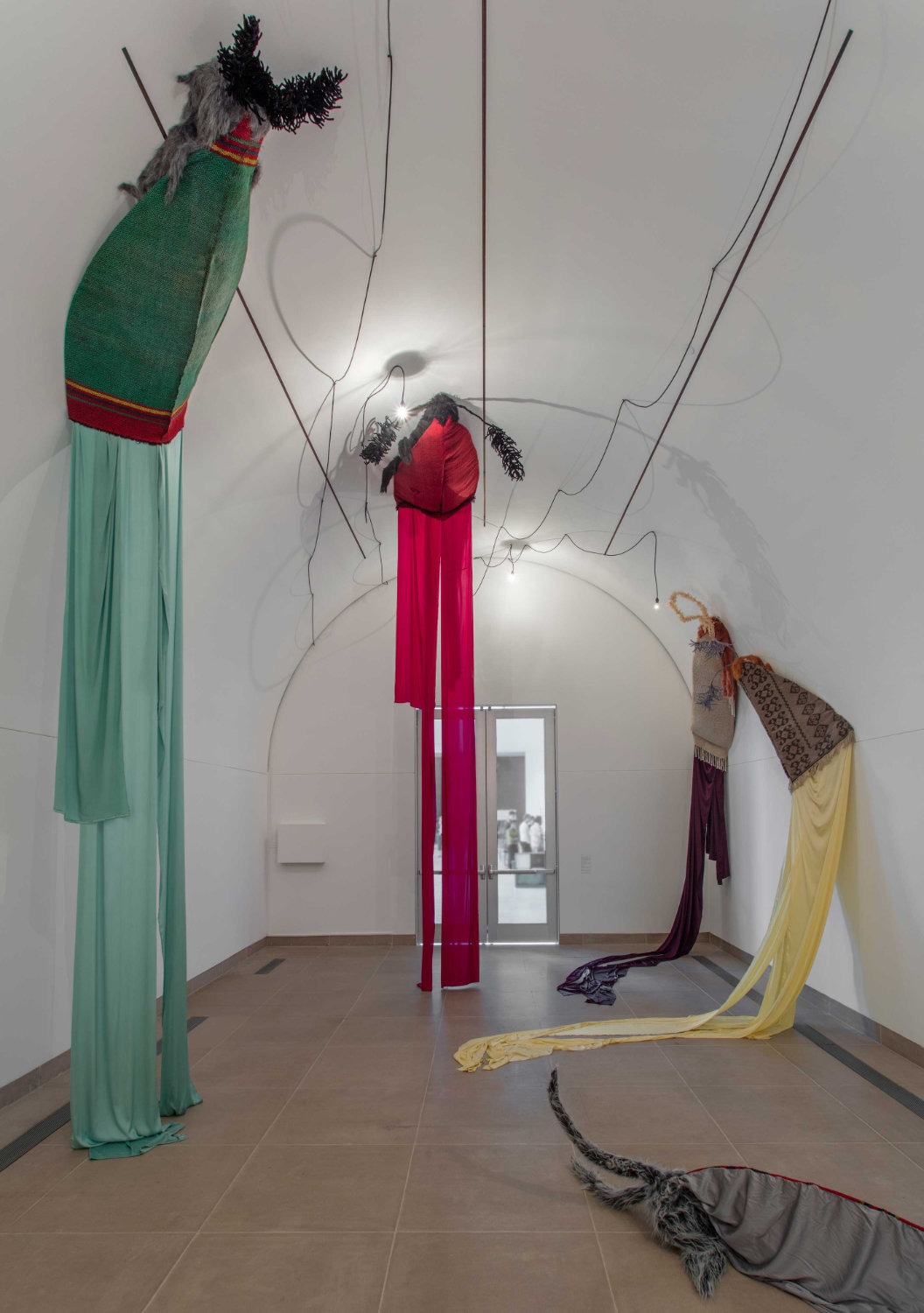 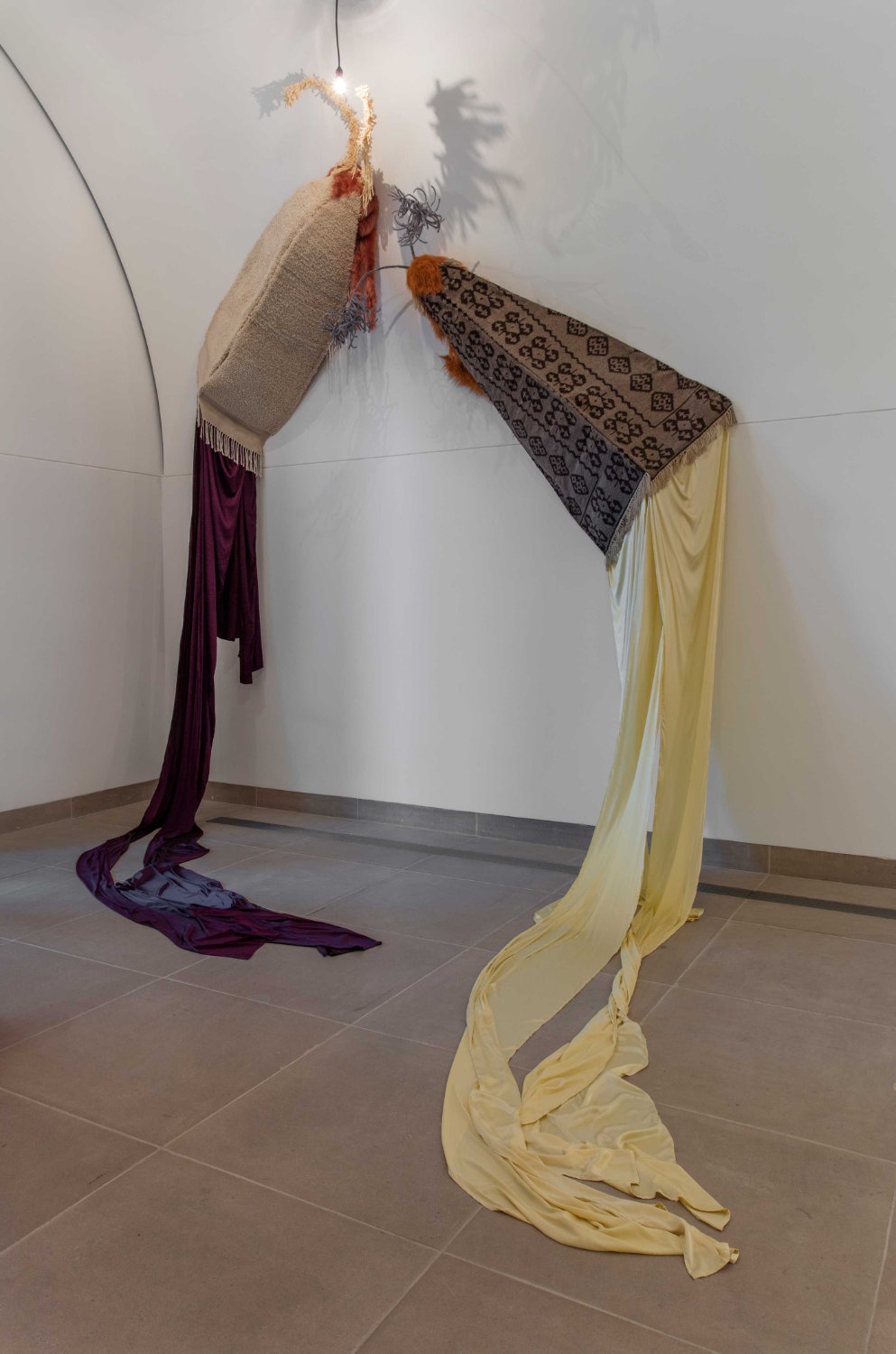 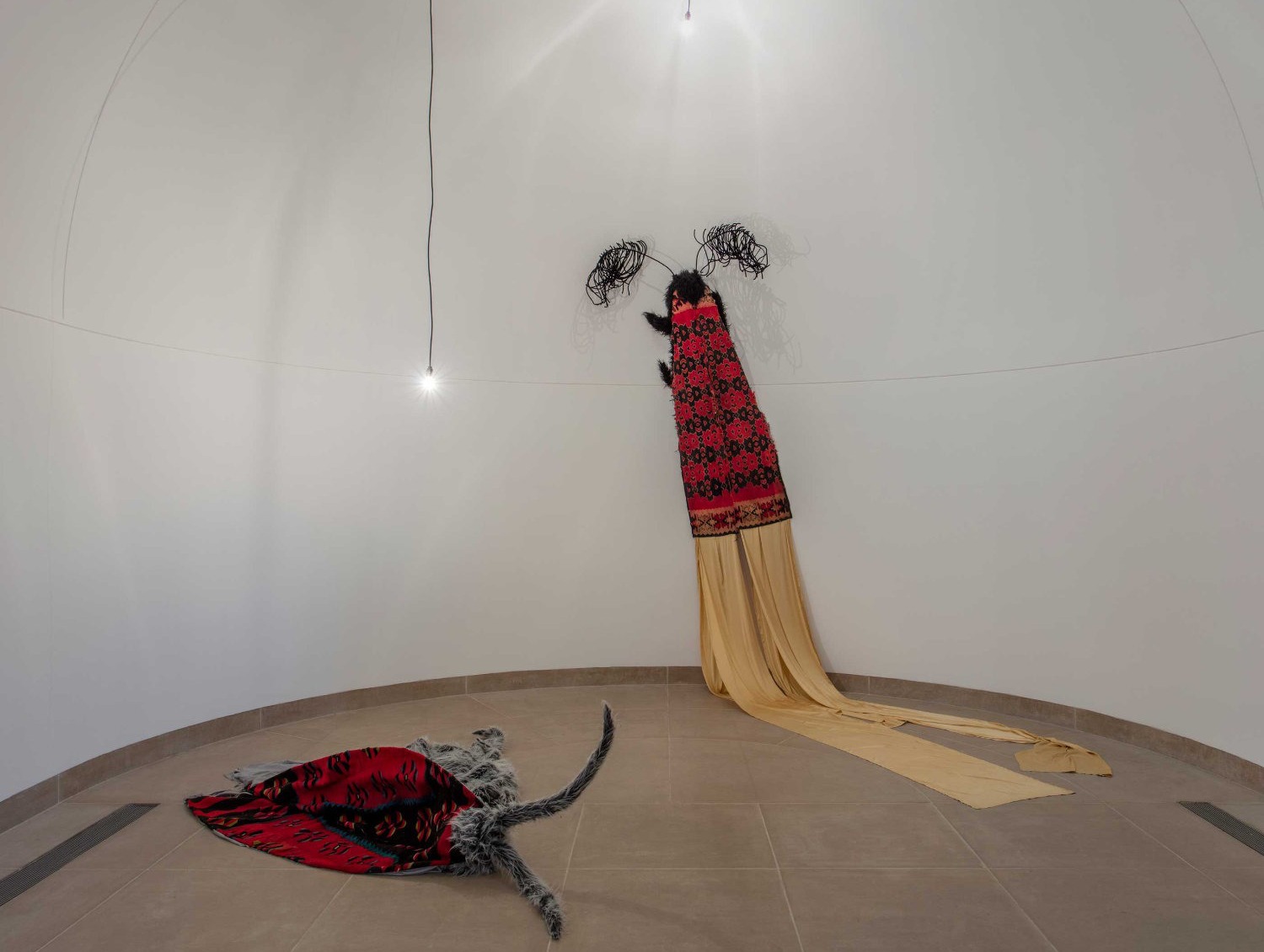 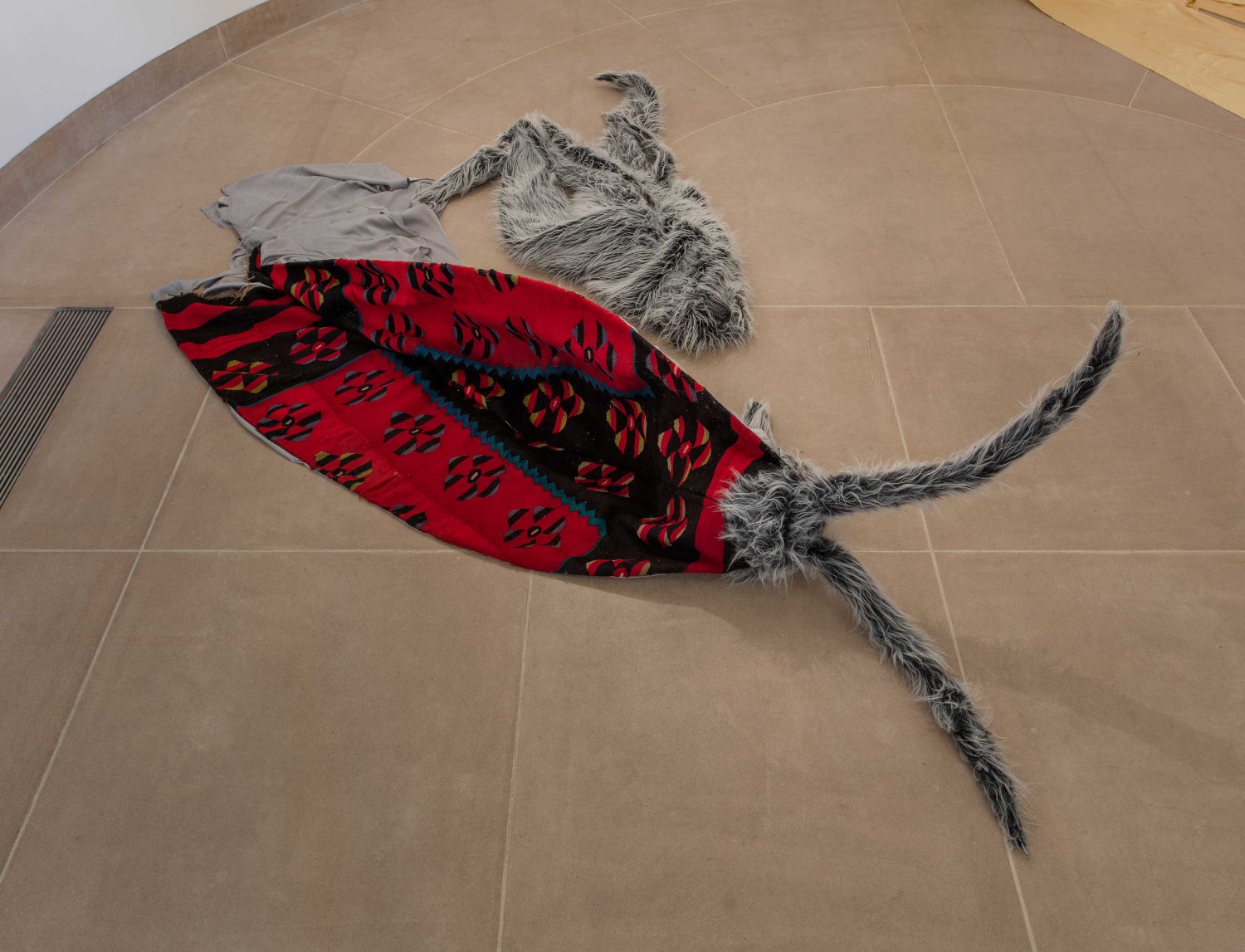 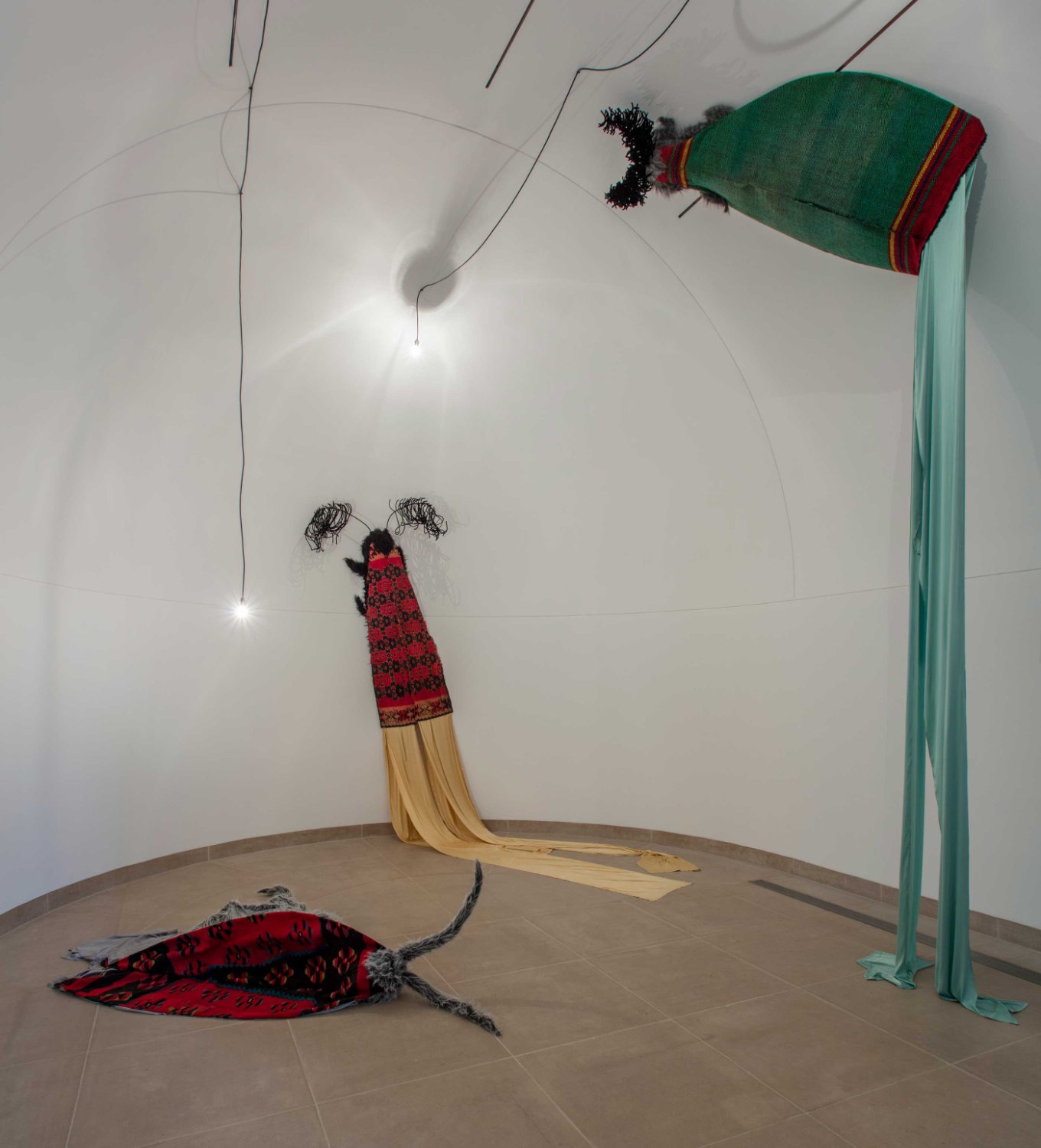 Mining his personal history and cultural identity, Petrit Halilaj constructs whimsical worlds inhabited by fantastical creatures and reimagined relics. Using humble materials such as sticks, mud and fabric he has re-imagined animals from forgotten places and times. His affinity for animals extends beyond representation as art works—on several occasions the artist has adopted an animal persona as a method of both disguise and metamorphosis. He’s been a bird, a dog, and most recently a moth. Working collaboratively with his mother, Halilaj crafted giant moth costumes using traditional Kosovar fabrics or materials like qilim, dyshek and jan carpets (they were shown at the 2017 Venice Biennale). For the artist they symbolize discovery, transformation, and concealment, and playing Peter Pan to Tinkerbell, he elevates the often-reviled insect to a more esteemed position in the animal kingdom. For his first solo exhibition in Los Angeles, Halilaj will present a group of the moths suspended at various heights in the Hammer’s vault gallery, illuminated by custom flickering lights.