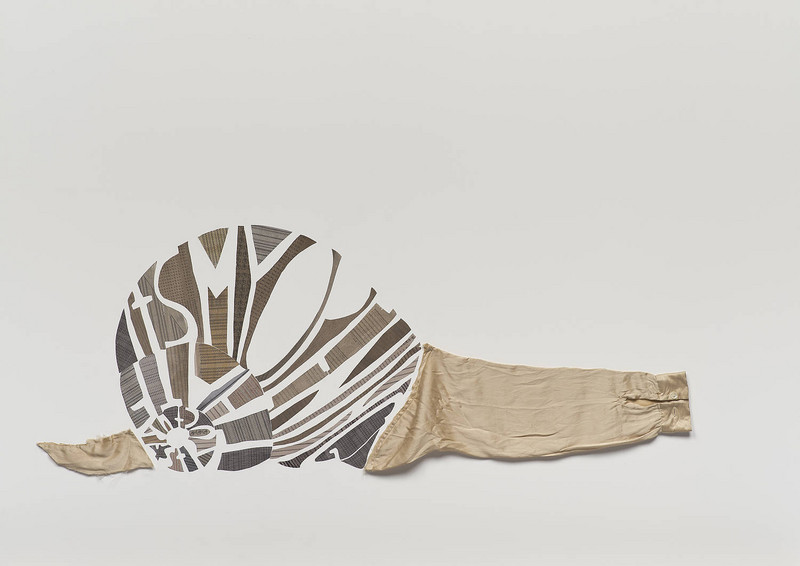 UH-OH: Frances Stark 1991-2015 will be the most comprehensive midcareer survey of the work of the Los Angeles–based artist and writer to date, featuring 125 drawings, collages, paintings, and video installations. Frances Stark (b. 1967 Newport Beach, CA), a key figure in the Los Angeles art community, has shown her work widely throughout the United States and Europe and is in frequent dialogue with many of her peers in the U.K. and Germany. For more than two decades she has been making poetic and poignant compositions combining text and imagery, exploring a wide variety of subjects, including writing, procrastination, the banality of life, failure, success, pride, self-doubt, motherhood, pedagogy, institutional critique, class, music, literature, poetry, philosophy, art, sadness, and relationships. The exhibition will track her 25-year career from early carbon drawings to intricate collages and mixed-media paintings to the more recent work, which includes PowerPoint slide shows, video, performance, and Instagram photographs. Words and images are at the heart of her practice, and like a lyricist, Stark employs both to create provocative and self-reflexive works that pose universal questions.

The exhibition will be accompanied by a fully-illustrated catalogue with newly commissioned essays by Ali Subotnick and Howard Singerman, as well as short contributions from artists, writers, and critics addressing an existing dialogue that Stark’s work has generated over the years, in print, online, in person or even in the form of fan-mail.

UH-OH: Frances Stark 1991-2015 is organized by the Hammer Museum and curated by Ali Subotnick, curator, with Emily Gonzalez-Jarrett, curatorial associate.

UH-OH: Frances Stark 1991-2015 is made possible with support from Brenda Potter. Generous support is provided by Karyn Kohl and Maurice Marciano. Additional funding is provided by Beth Rudin DeWoody and The May and Samuel Rudin Family Foundation.