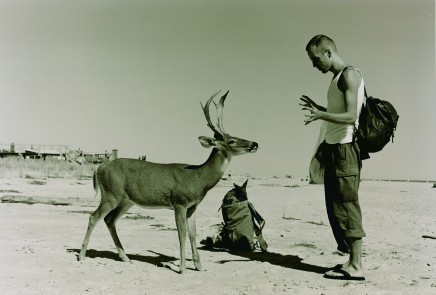 This is the first retrospective exhibition in the United States of the German photographer Wolfgang Tillmans. One of the most important and distinctive artists to emerge in the 1990s, Tillmans is internationally recognized for creating work that captures evocative, intimate reflections of often overlooked objects and moments in everyday life.

This presentation features Tillmans’s photographic and video works drawn from his entire career and includes approximately 300 photographs. His highly distinctive installations, in which photographs, inkjet prints, and color photocopies are affixed in deliberate, yet seemingly casual, arrangements on the walls, create a variety of physical and emotional relationships with the viewer based on placement and scale. The vast range of his images thus becomes an ongoing palette that he uses repeatedly as a way to rearrange and reinterpret his photographic vision. He has also frequently made discrete series of works that have touched upon particular themes such as images of soldiers or views of the Concorde.