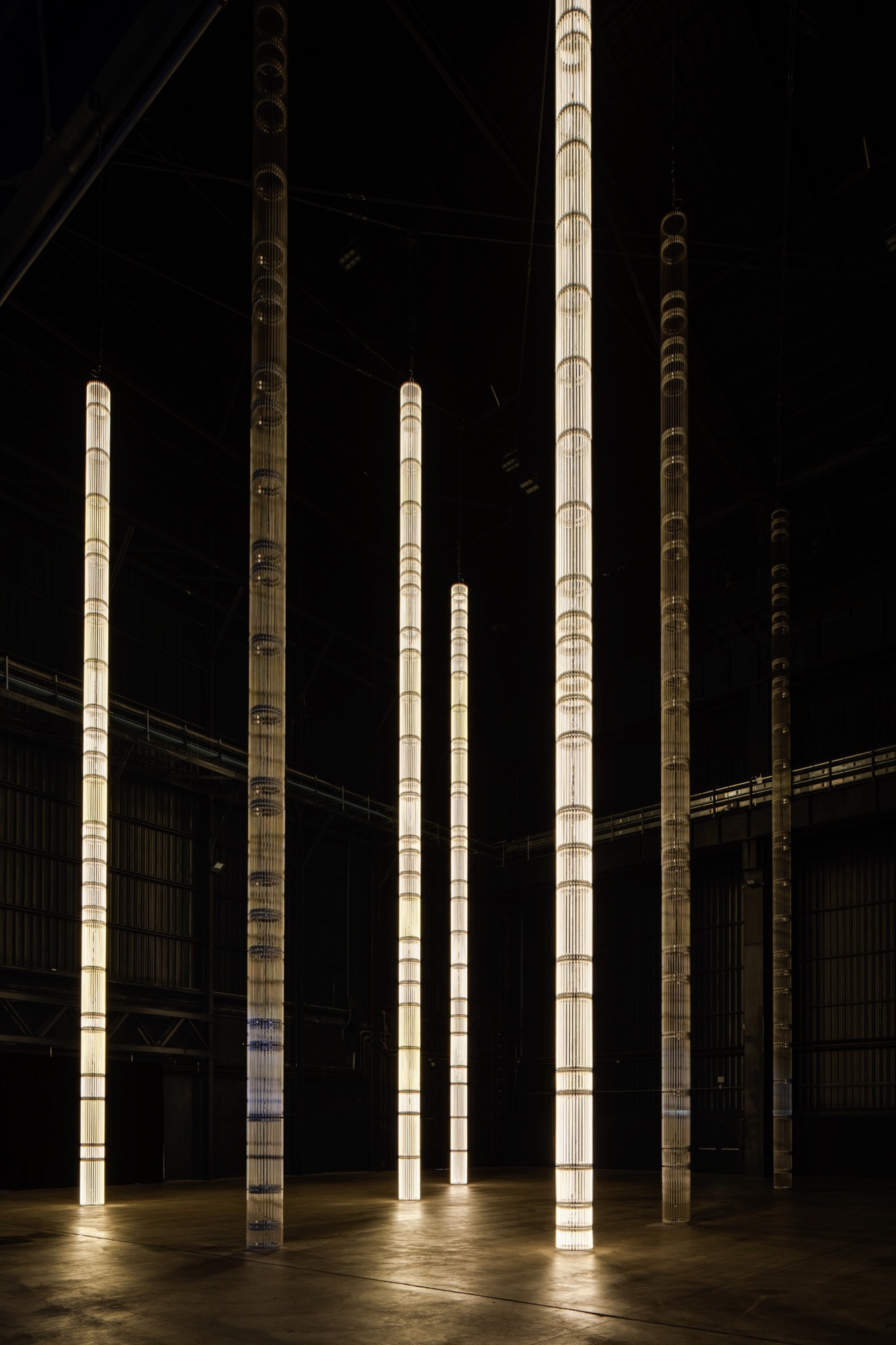 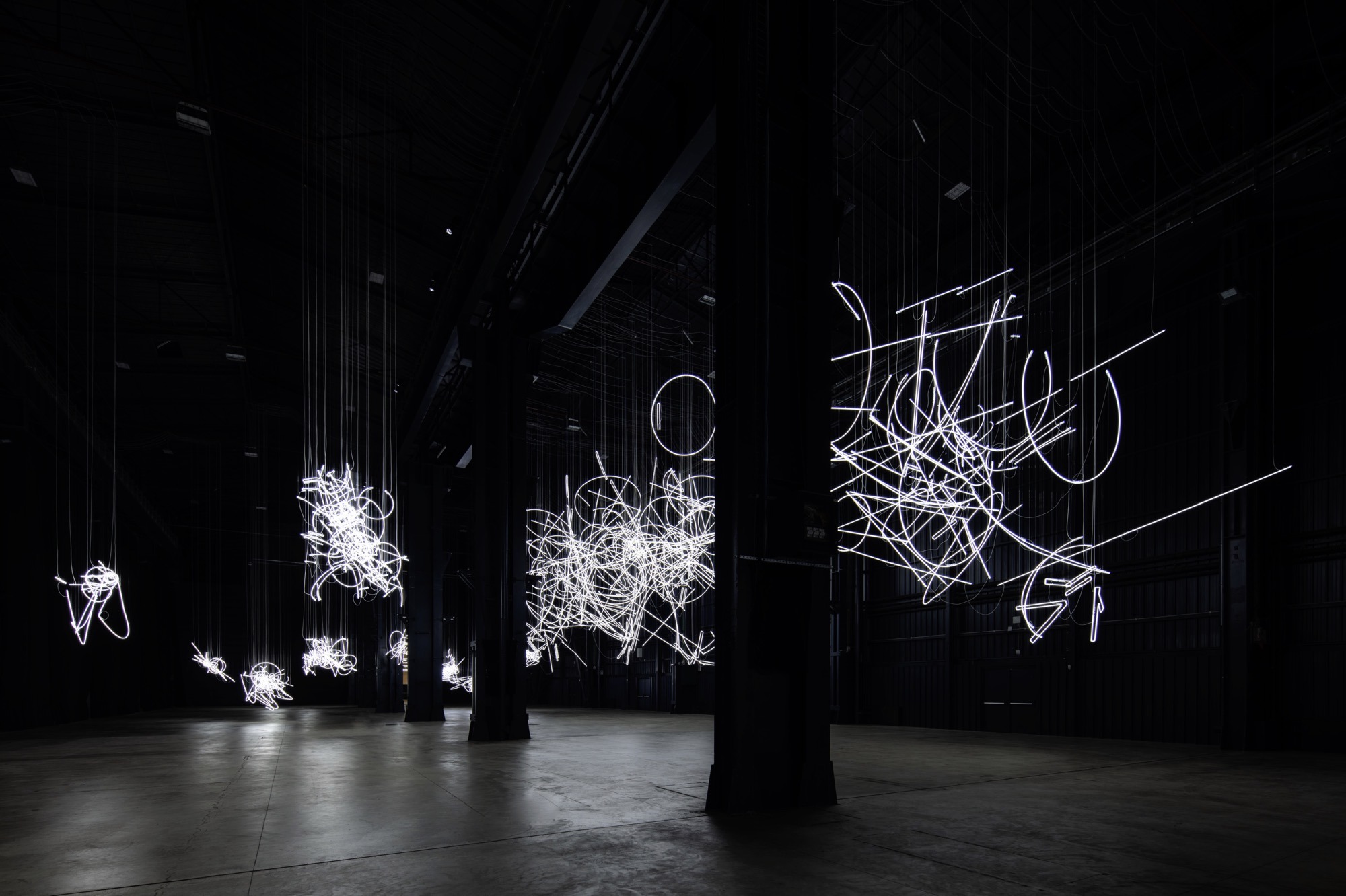 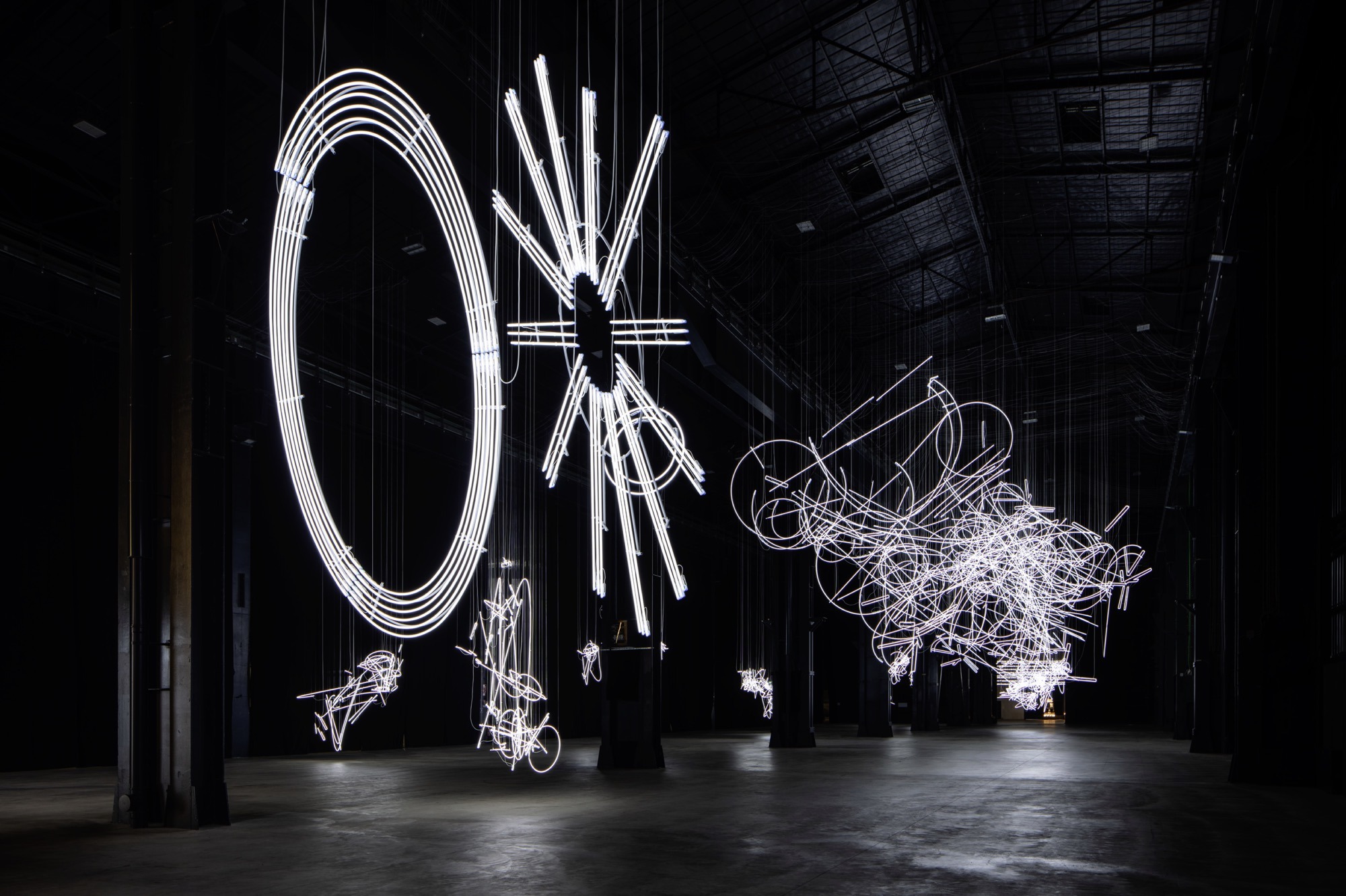 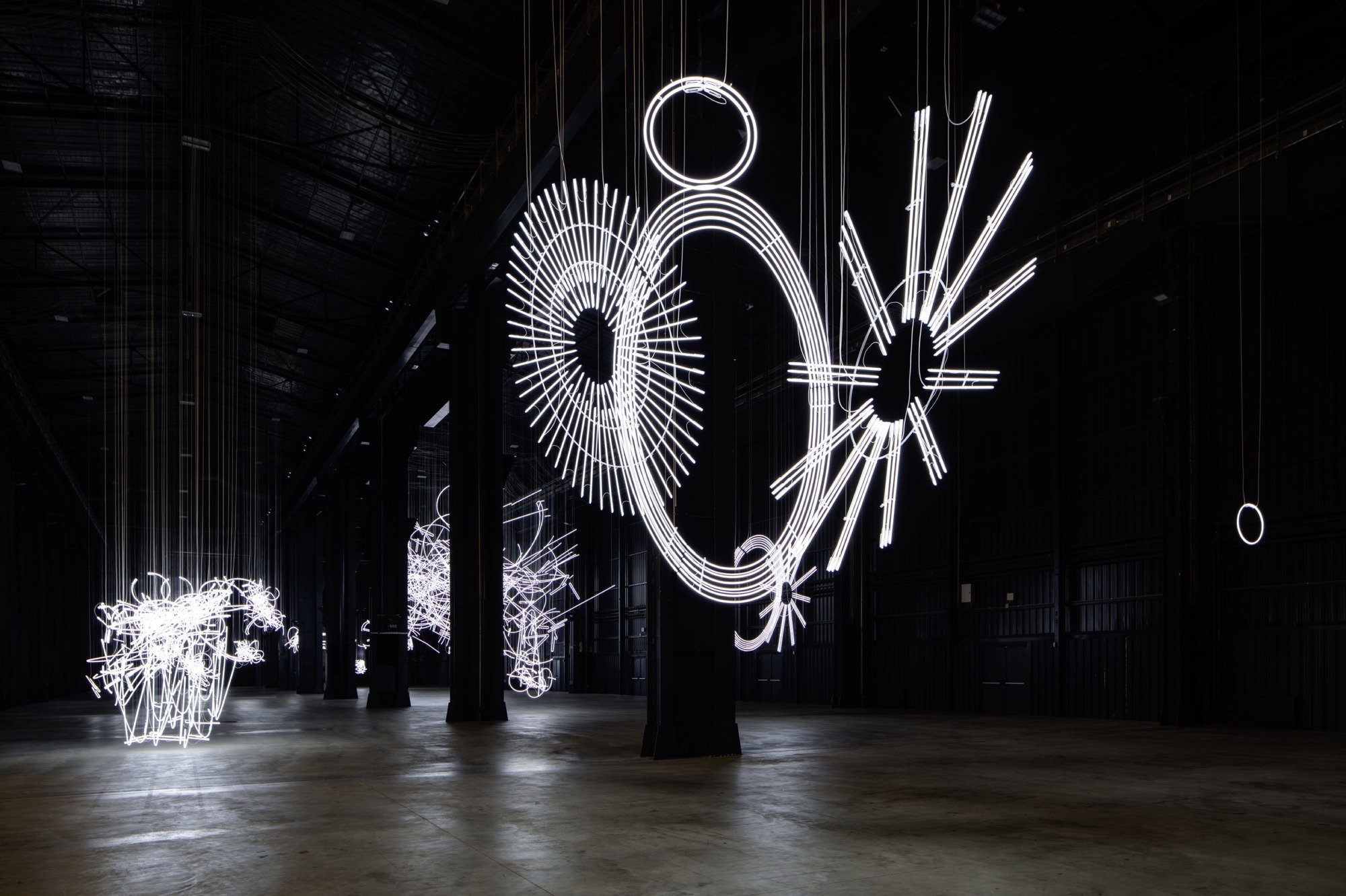 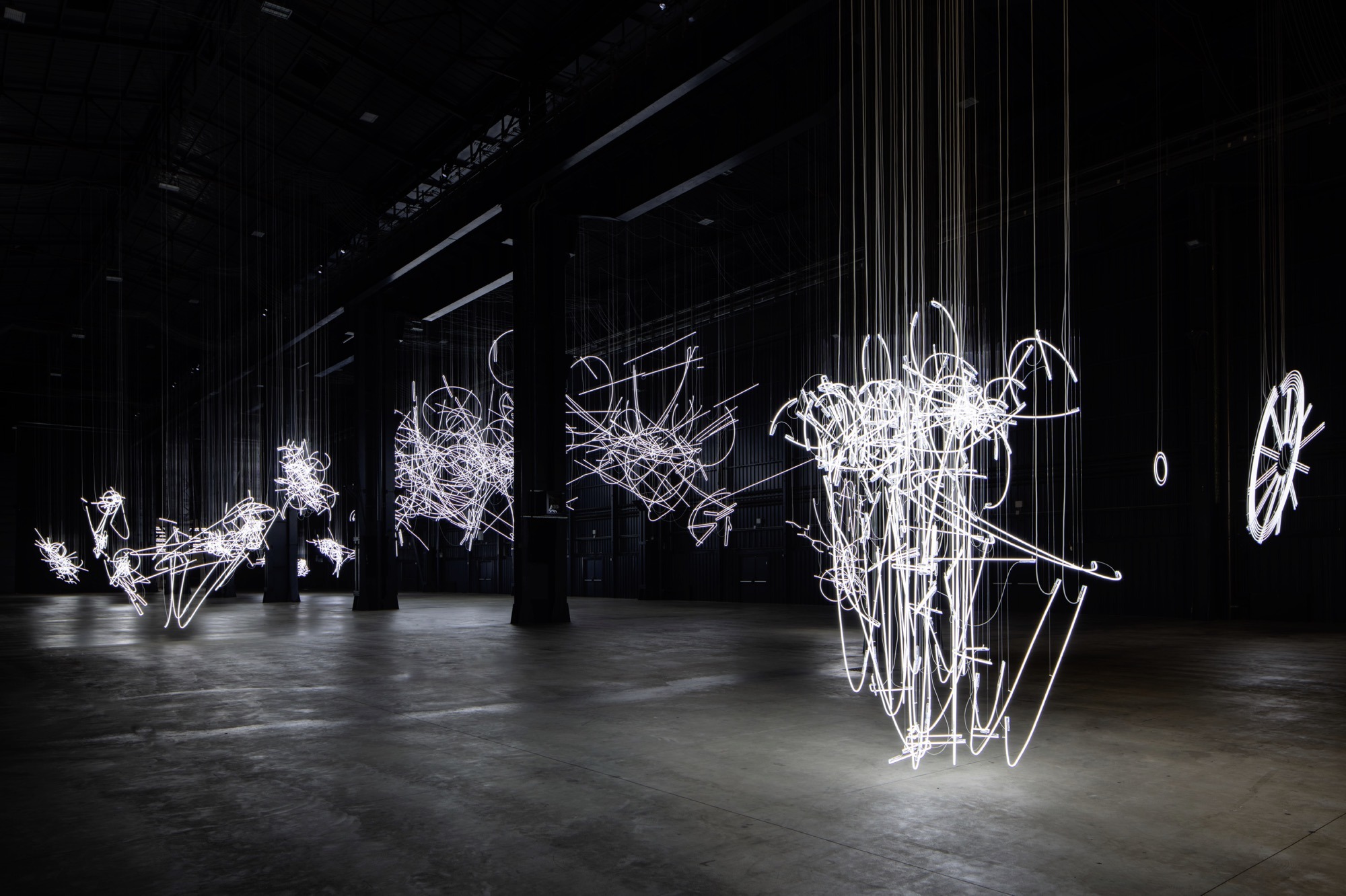 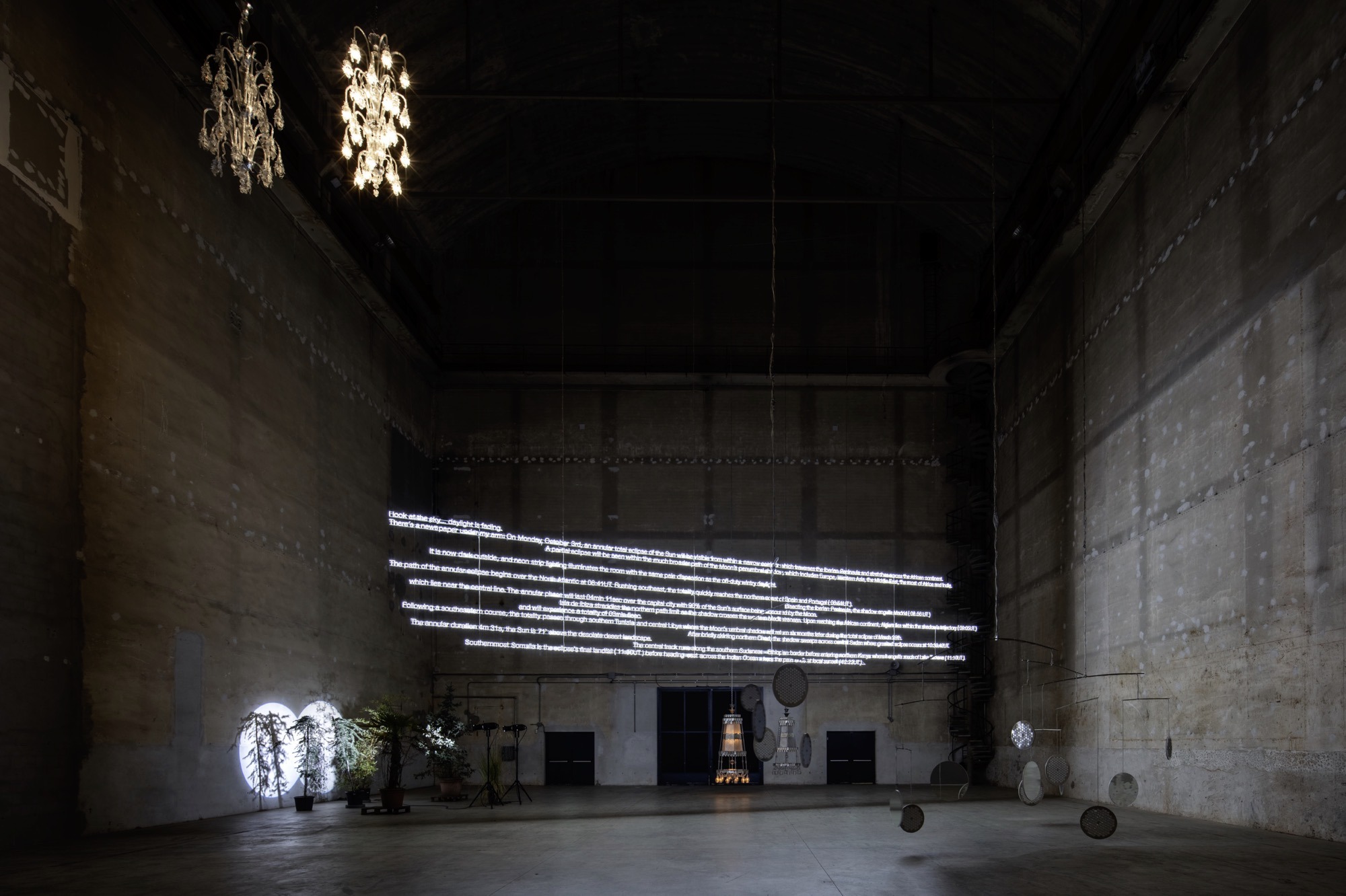 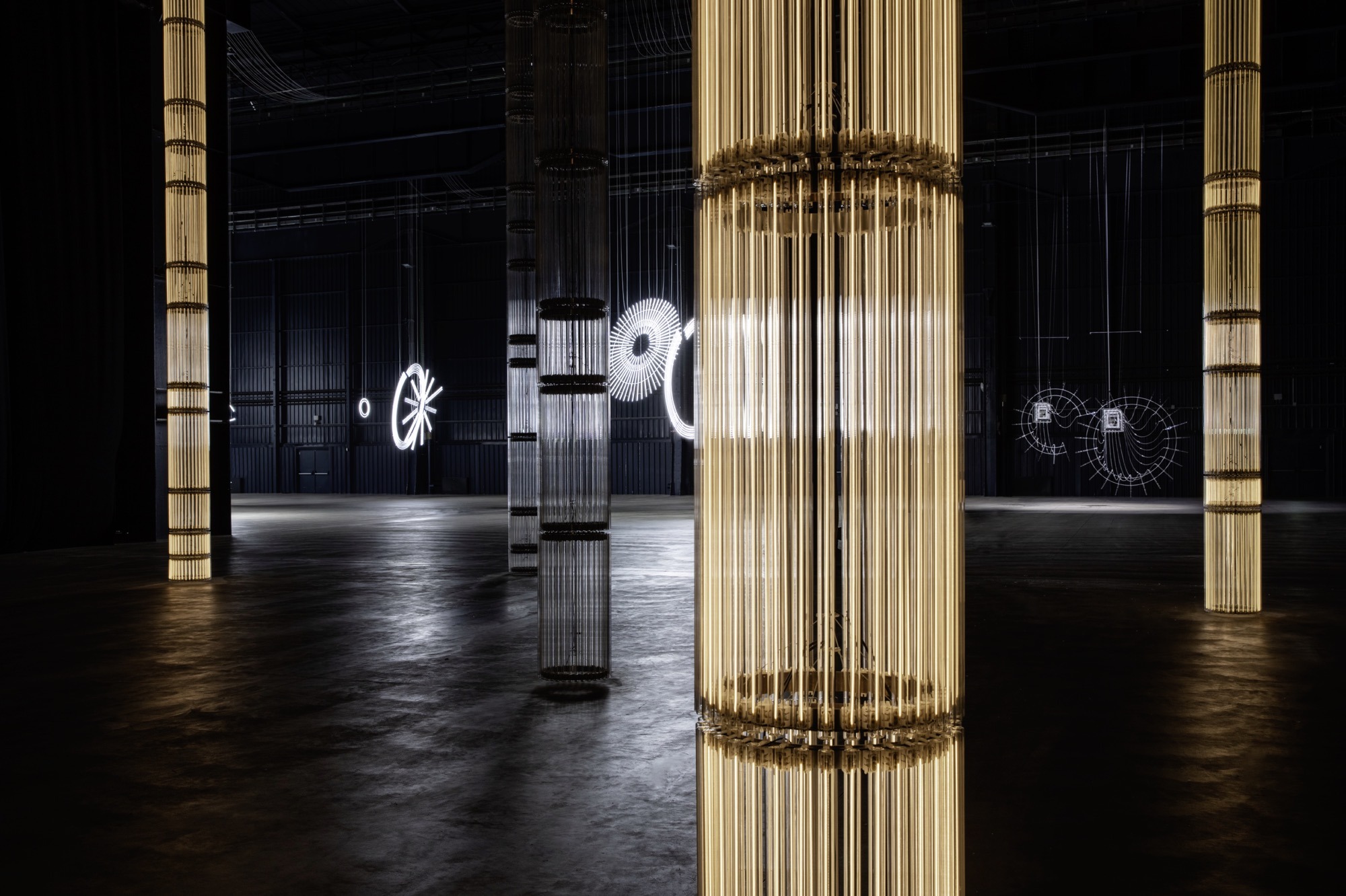 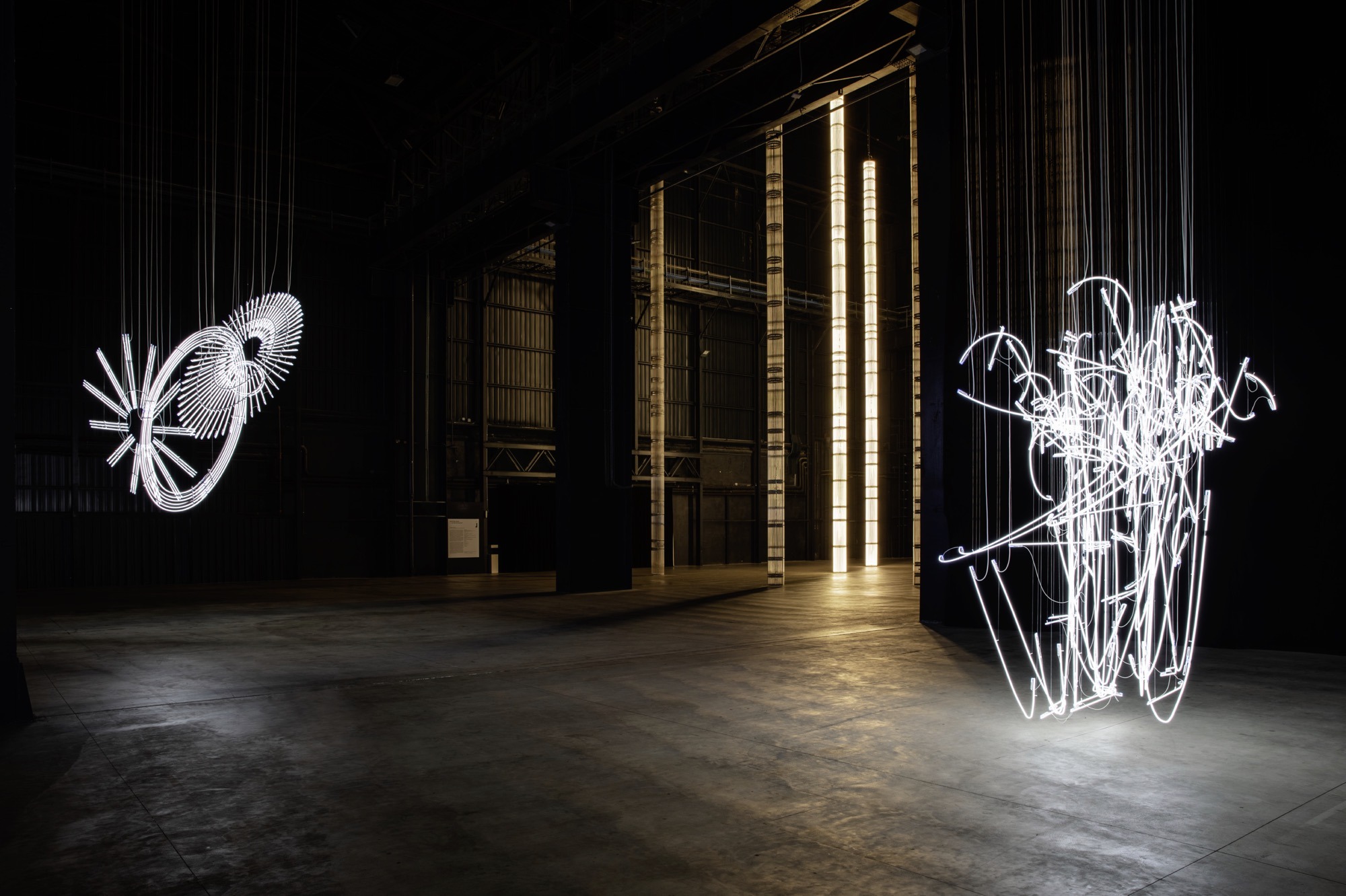 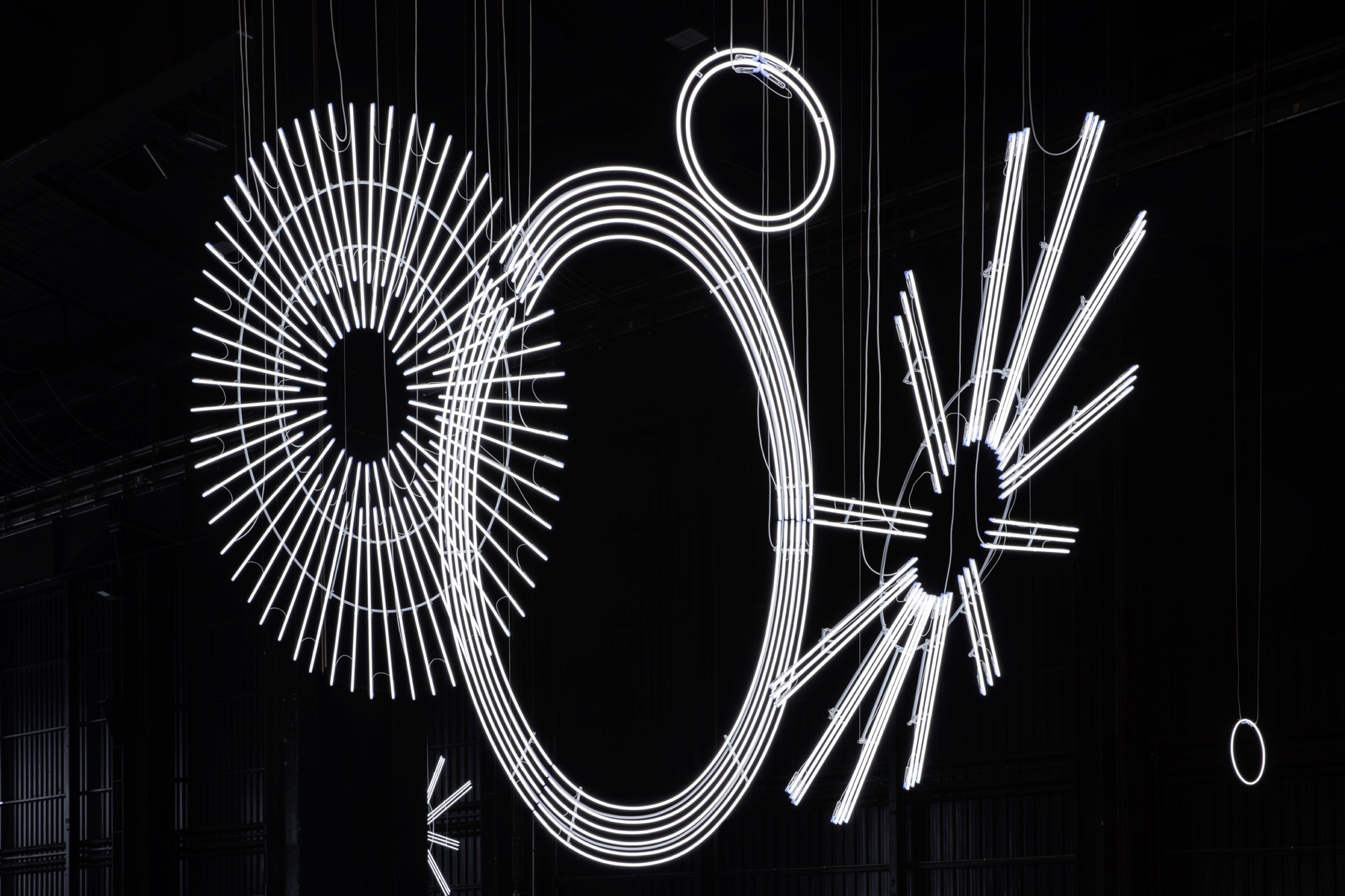 Conceived as a harmonious composition of light, energy, and sound, “....the Illuminating Gas” is the largest-ever solo exhibition by Cerith Wyn Evans (Llanelli, Wales, UK, 1958; lives and works in London) and it presents a selection of twenty-four works—earlier sculptures, complex monumental installations, and new productions—offering visitors a unique synesthetic experience.
As of the 1990s, the artist abandoned film altogether, and concentrated on creating sculptures, installations, photographs, and site-specific or performative interventions, which are characterized by the use of ephemeral elements such as light and sound, as well as by the centrality of the temporal dimension in the experience of a work. Cerith Wyn Evans’s research focuses on language and perception, on the potential of the word and the communication, questioning our very notion of reality.
In their elegance and formal balance, his works draw on a complex body of references and quotations—from literature, music, philosophy, photography, poetry, art history, astronomy and science—that are declined into new forms through an articulate process of transformation. This operation takes place both through the use of textual materials that are decontextualized and translated into a language of light—for example, in the form of neon signs, fireworks or light pulses—and transposing into sculptures the imagery of earlier artists—such as Marcel Duchamp—or the movements of actors in Japanese Noh theatre, as in the series Neon Forms (after Noh) (2015-2019).