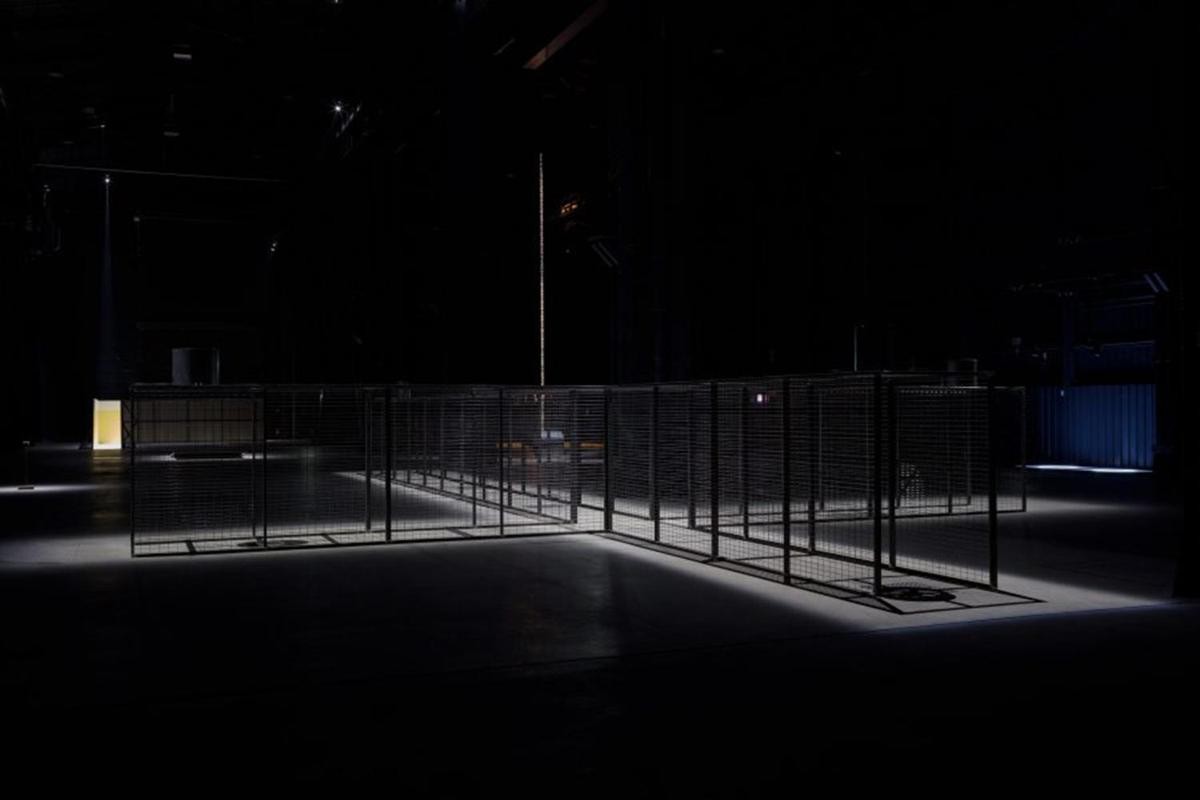 “CROSSOVER/S” is the first retrospective in Italy by Miroslaw Balka (Warsaw, 1958), one of the leading artists of the last three decades, whose work explores human nature as well as individual and collective memory. Reflecting on the history of Europe and especially of Poland, his birthplace and home, Balka draws on autobiographical elements and episodes to create works that address universal themes in a powerfully evocative way.

Since the 80s Miroslaw Balka’s works focused on the human figure, represented through figurative sculptures, but in the early 90s Balka abandoned anthropomorphic forms to concentrate on depicting symbolic objects like beds, pedestals and fountains, in works that allude to the human presence without ever portraying it. Frequently based on ordinary materials like wood, salt, ash, soap, cement and steel, his works often employ the dimensions of the artist’s own body as a unit of measurement.
The exhibition brings together fifteen sculptures, installations, and videos made from the 90s to the present and leads visitors through an immersive journey full of physical, symbolic, and temporal intersections, where even light and darkness take on a key role and where they are made aware of their own presence and function within the space.
pirellihangarbicocca.org/