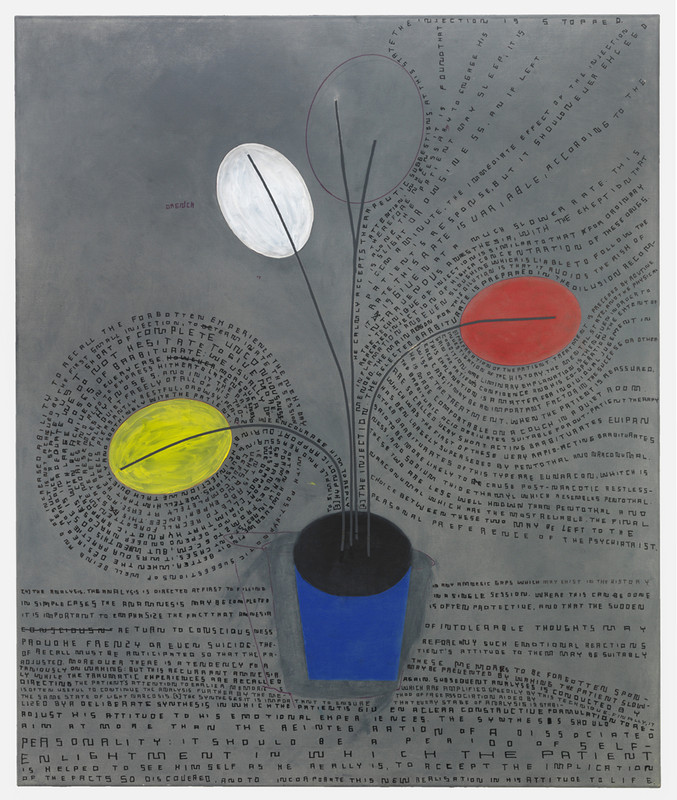 Harris Lieberman is delighted to present The Chips Are Down, Thomas Zipp’s third exhibition at the gallery. Thomas Zipp is known for his transformative, all encompassing installations which utilize painting, sculpture, film and drawing. He integrates all of these different elements with the architecture of the exhibition venue to create an altered universe with suspended reality. His work is further defined by an engagement with history, philosophy, science, and art history.

The exhibition’s title is borrowed from the Jean-Paul Sartre play that explores reality and irreality through its character’s existence in life and death. This idea of duality is a hallmark of Zipp’s work and is central to his new exhibition at Harris Lieberman. Conceived as a performance in three parts, the installation incorporates performance, sound and video with a series of works on canvas and on paper. The abstract paintings incorporate language from medical textbooks on narcoanalysis, the use of “truth serums” to explore the subconscious. Psychotropic drugs and the alternate reality they induce is a common theme in Zipp’s work. It is representative of a larger interest in the exploration of the self but also the role of oneself in society with its basic tenants such as good and evil, truth and deception, normal and abnormal.