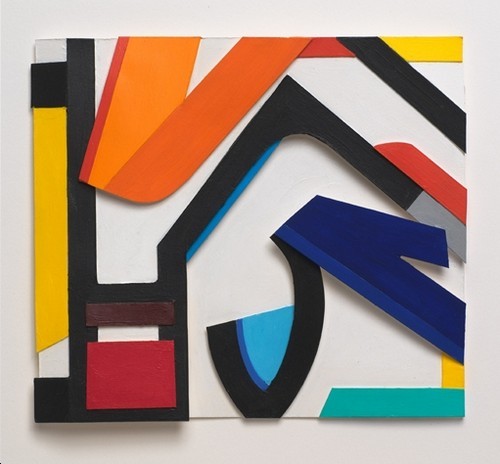 American painter, sculptor and printmaker Tom Wesselmann (1931-2004) is widely regarded as one of the leading figures of American Pop Art. Haunch of Venison London will present 'Tom Wesselmann: Works 1958-2004', the most extensive exhibition of his work to date in the UK. The exhibition brings together a selection of major paintings and drawings from across his career. Spanning four decades, the show will examine the evolution of Wesselmann's style, revealing his openness to a range of subject matter, scale and media. Tom Wesselmann had planned to become a cartoonist but, while a student at the Cooper Union, the powerful work of Willem de Kooning provided both inspiration and inhibition as he attempted to find a new direction centred around a tangible subject. He rejected abstract expressionism in favour of the classical representations of the nude, still life, and landscape. He created collages and assemblages incorporating everyday objects and advertising ephemera in an effort to make images as powerful as the abstract expressionism he admired. Among the works in the exhibition are several of Wesselmann's iconic paintings, from the 'Great American Nude' series which he began in 1961, including 'Great American Nude #53' (1964) an accentuated and sensual nude study against the background of a typical American interior.

In the 1970s, Wesselmann continued to explore the ideas and media which had preoccupied him during the 1960s. Most significantly, his large 'Standing Still Life' series, composed of free standing shaped canvases, showing small intimate objects on a grand scale. He made 'Still Life #59' (1972), a canvas of five panels that form a large, complex dimensional, freestanding painting: here too the elements are enlarged, and part of a telephone can be seen. A nail-polish bottle is tipped up on one side, and there is a vase of roses with a crumpled handkerchief next to it, and the framed portrait of a woman, actress Mary Tyler Moore whom Wesselmann considered as the ideal prototype girlfriend. In 1980 he embarked on the 'Bedroom Painting' series, in which elements of the 'Great American Nude' and 'Still Lifes' were juxtaposed. With these works Wesselmann began to concentrate on a few details of the figure such as hands, feet, and breasts, surrounded by flowers and objects. He continued exploring shaped canvases (first exhibited in the 1960s) and began creating his first works in metal. In 'Bedroom Face with Lichtenstein' (1988/9) he instigated the development of a laser-cutting application, which would allow him to make a faithful translation of his drawings in cut-out metal at a larger scale. For Wesselmann, "it was like a miracle, to be able to hold this unit of spidery lines, as though it were a drawing that had just been picked up by the lines and removed, intact, from the paper." The exhibition will also feature works from the 1990s and early 2000s which saw Wesselmann creating abstract three-dimensional images that he described as 'going back to what I had desperately been aiming for in 1959'. He had indeed come full circle. In his final years he returned to the female form in his Sunset Nudes series of oil paintings on canvas, whose bold compositions, abstract imagery, and sanguine moods often recall the odalisques of Henri Matisse.
www.haunchofvenison.com