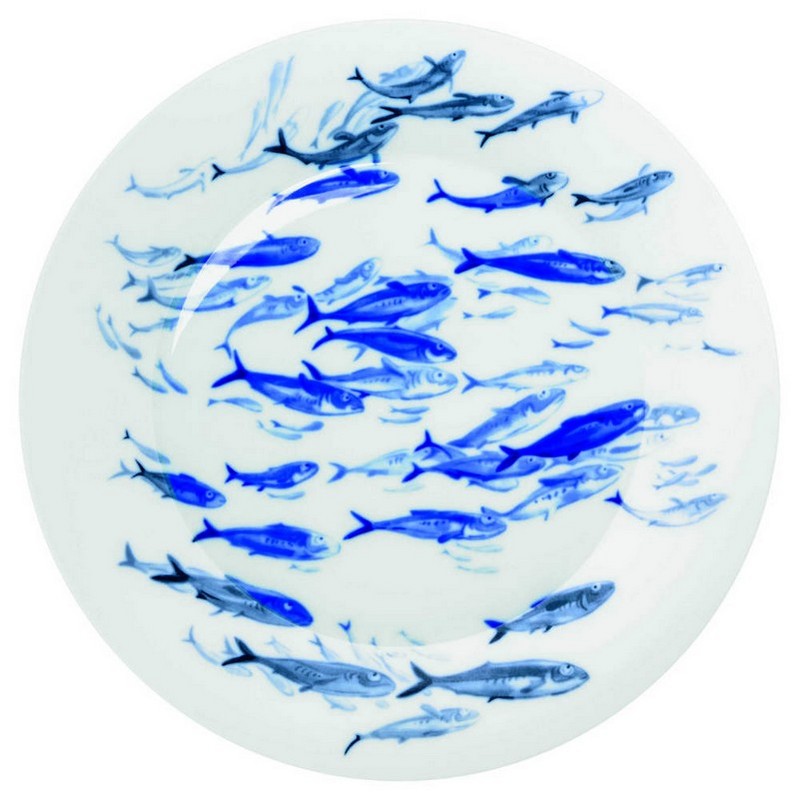 Thinking of porcelain today revolves mainly around precious classics like Meissen or KPM or indeed plates from the flea-market that provide on the young dinner tables.
European porcelain was invented in Germany 300 years ago. Commissioned by the Saxonian King August the Strong, the Alchemist Friedrich Böttger from Dresden took it upon himself to lift the secret of the white gold, as Asian porcelain was known, and produce comparable pieces in the city of Meissen.
In the 20th century only a handful of designers were able to modernise, let alone revolutionise the conventions of Meissen. Stefanie Hering (b. 1967) belongs to that select band. In 1992 she founded a small manufacture in Berlin-Prenzlauer Berg. Over the course of a twenty-year-long practice the designer and master ceramicist succeeded in making a name for herself, achieving international renown in contemporary porcelain design from Berlin.
According to Hering, the effect of pure porcelain had been lost for a long time. That is why she committed herself to a new approach. Reducing the forms, she attempted to let the material speak for itself. Ornament and painting are employed with restraint and intent. Classical tea and table services are rare in her work. Instead she opens up spaces of possibility beyond the traditional rituals involving cups, bowls, vases and plates, while addressing the altered eating habits of a globalised food culture. Stefanie Hering consistently strives to create something new without losing her grip on tradition altogether. Today her works are beloved by aficionados and collectors of porcelain as well as chefs and restaurant owners of international standing. By now Stefanie Hering’s designs are produced in Thuringia, while her studio is still in Berlin.
Haus am Waldsee is pleased to be able to present the development, production techniques and creative processes of porcelain design from Berlin as well as the work of such an eminent artist in an exhibition for the first time. On this occasion we will also display some of the most recent pieces of glass design from Hering’s workshop.
With this exhibition, Haus am Waldsee heralds its 70th anniversary, harking back to the tradition, introduced in 1946, of a pre-Christmas sales exhibition.
A catalogue in German and English will be published by Verlag Walther König.