After the Heat, new watercolours 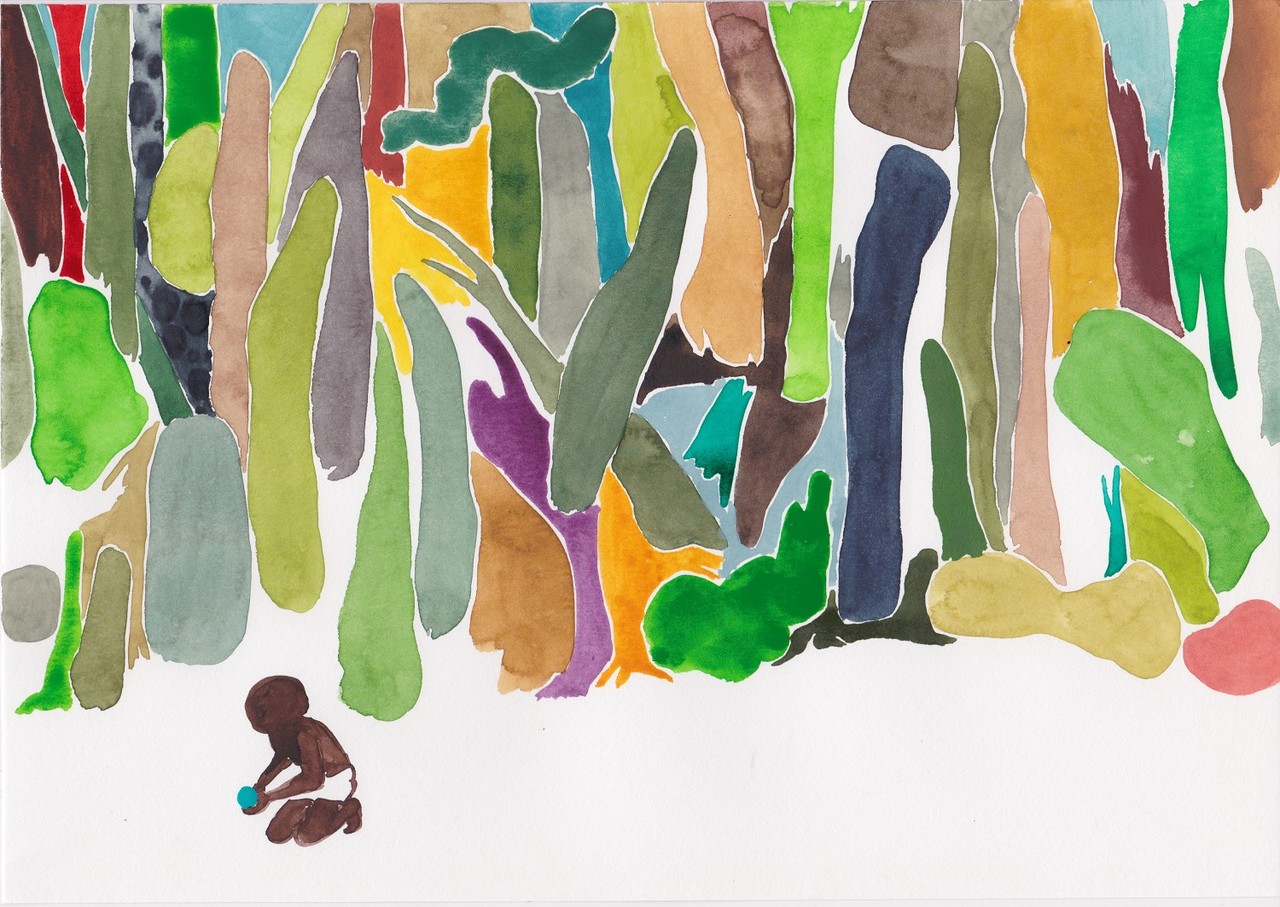 The sense of wonder regarding a world as the inner space of discovery is a continous source of material for Takehito Koganezawa and his works on paper that are drawn in watercolours. In small formats the artist extends his everyday impressions as he reflects them in the interior space of his perception. With a sure hand the new series builds on earlier sheets. In many cases surprising and inconsistent elements are joined, appearing encrypted to our Western logic.

Unlike the meditatively moving cycles of his performances and video works, Koganezawa’s watercolours represent moments of pause and contemplation. On some of the sheets a small boy appears. He might be the artist’s alter ego. Does he not see the wood for the trees in “After the Heat”? Is he lost and perplexed in this nocturnal forest of colours? Does the world seem impervious, overbearing and strange to him? Or do Koganezawa’s dreamed imaginations, in the end, tell of an inner world that is more real than the ostensible order surrounding us in the visible world?

Having studied at Musashino Art University in Tokyo Koganezawa came to Berlin on a scholarship in 1999. He stayed until early 2017. Today he lives and works with his young family near Hiroshima.

We thank Galerie Loock, which has represented the artist in Berlin for many years.
www.hausamwaldsee.de