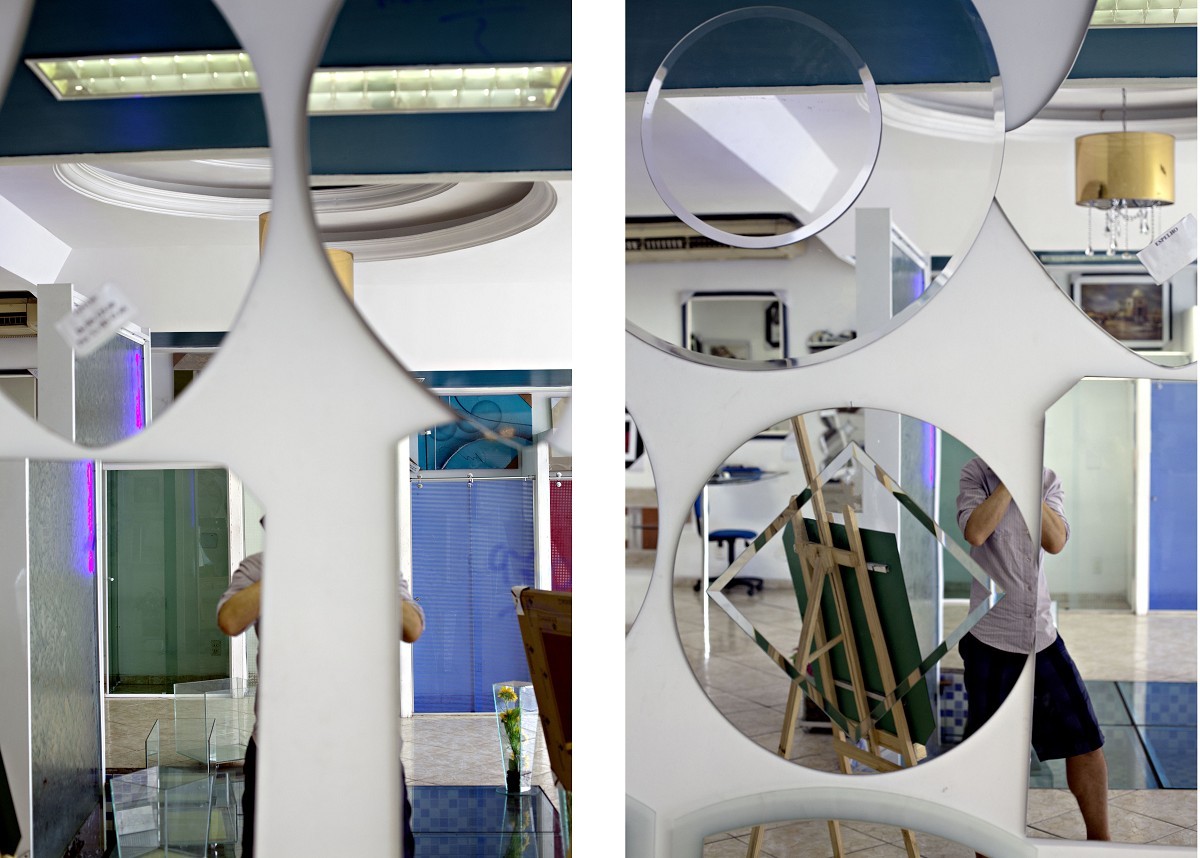 Haus am Waldsee at Bikini Berlin is pleased to present new works by Thomas Florschuetz in its next shop window exhibition from October 25 until November 25, 2017. His’ “Spiegelbilder” (mirror images) were created in Rio de Janeiro in 2011 and are shown for the very first time.

Born in 1957 in Zwickau, the photographer lives and works in Berlin and Rio de Janeiro.
Thomas Florschuetz has already enjoyed a major solo show at Haus am Waldsee in 2005. So we are looking forward all the more to encountering him again in the museum shop of our temporary quarters.
His’ “Spiegelbilder” (mirror images) were created in Rio de Janeiro in 2011. Visiting a shop for interior decorations he spied how his body fragmented itself in the supply of extravagant mirror forms. The series ties in with his earlier window images, “Multiple Entry”, or his body images from the 1980s and 1990s. Aspects of mirroring, blank spaces and vulnerability continue to play a role in his later, architecture-oriented photographs. The new series unites all these components, making the works appear playful and fleeting. They challenge our perception and our sense of humour at the same time.
www.hausamwaldsee.de