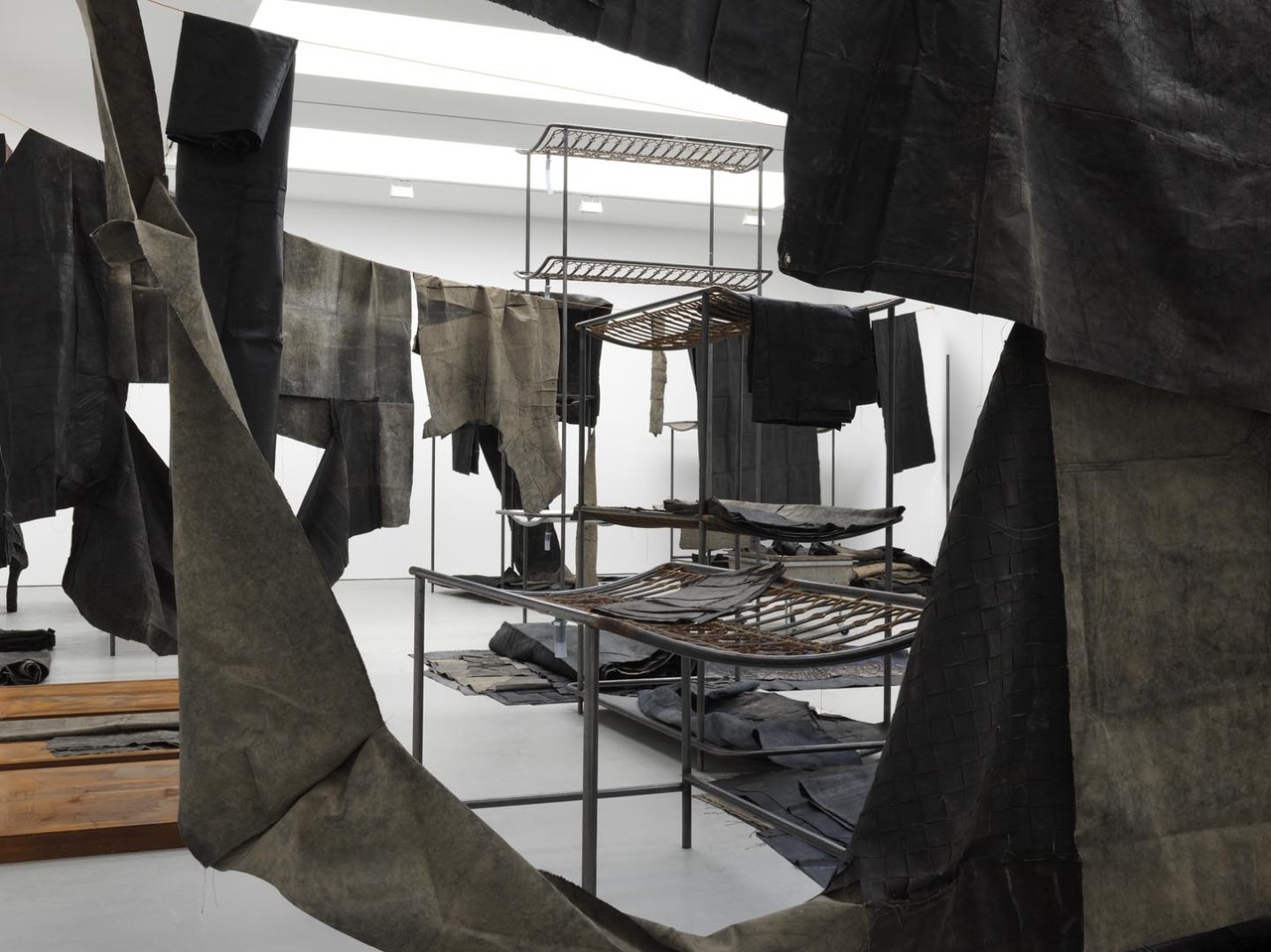 Within only a few years, Oscar Murillo has developed one of the most exciting contemporary artistic practices. While he primarily uses the medium of painting, he defies its conventions in a radical way: he integrates video and drawing, sculptural, installational and performative elements within his presentations, which are inherently intense, immediate and visceral. In Oscar Murillo’s installations, the viewer finds himself within an intelligent, highly aesthetic and simultaneously existential interplay dealing with the understanding of work and play, production and consumption, original and appropriation, center and periphery, as well as the relationship between material and transcendence. While a few years ago Oscar Murillo’s projects often bordered on social experiments, his latest installations are distinguished by a tentative exploration of space through gestures (in painting), and therefore by historical, economical, societal and philosophical associations. His expansive, extremely dense installations comprise heavy, partly torn and resewn canvases. Painted with black oil paint and draped on steel constructions that recall autopsy tables, or hung like laundry on clotheslines, they reorganize space. Scales hung from industrial hooks, akin to memento mori, conduct a taxonomy of measurement. A mix of clay and corn adds unwieldy sculptural touches, like vital signs. Floor, walls, the room itself and the intricacy of perspectives within it merge into a vibrant constellation, a metaphor for transformation itself. The joy, intensity, and fragility of life, with all its irreconcilable simultaneities, become visible, palpable.

The project Frequencies will also be realized during Oscar Murillo’s exhibition at Haus der Kunst. Frequencies is an ongoing collaborative project by the artist together with family members and the sociologist Clara Dublanc, as well as schools in diverse countries. Over the course of six months, canvases are stretched on school desks, encouraging schoolchildren to leave behind their traces, sketches and ideas.

Oscar Murillo was born 1986 in La Paila, Colombia, and lives and works in London and La Paila.
www.hausderkunst.de