I am not sea, I am not land 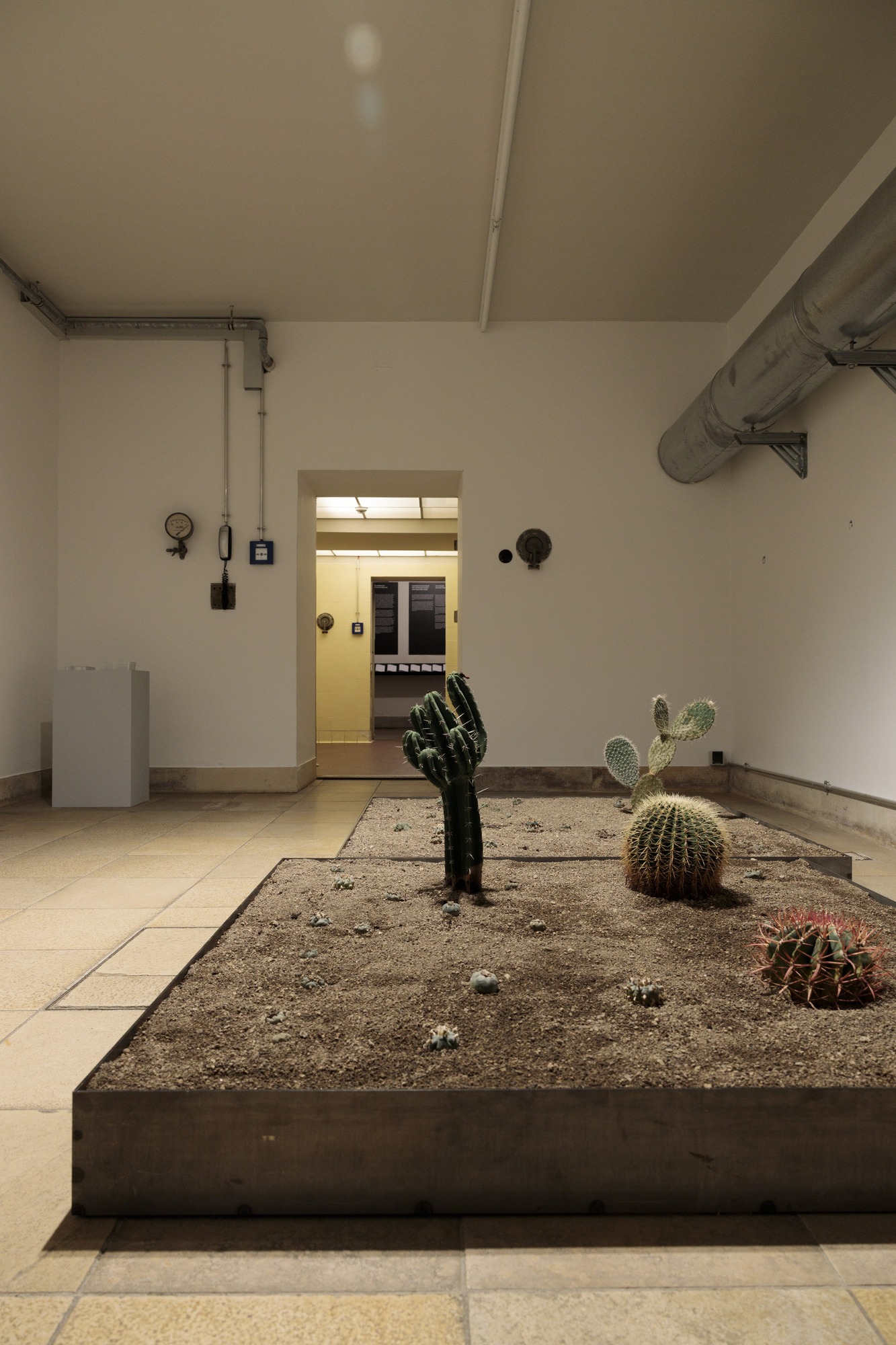 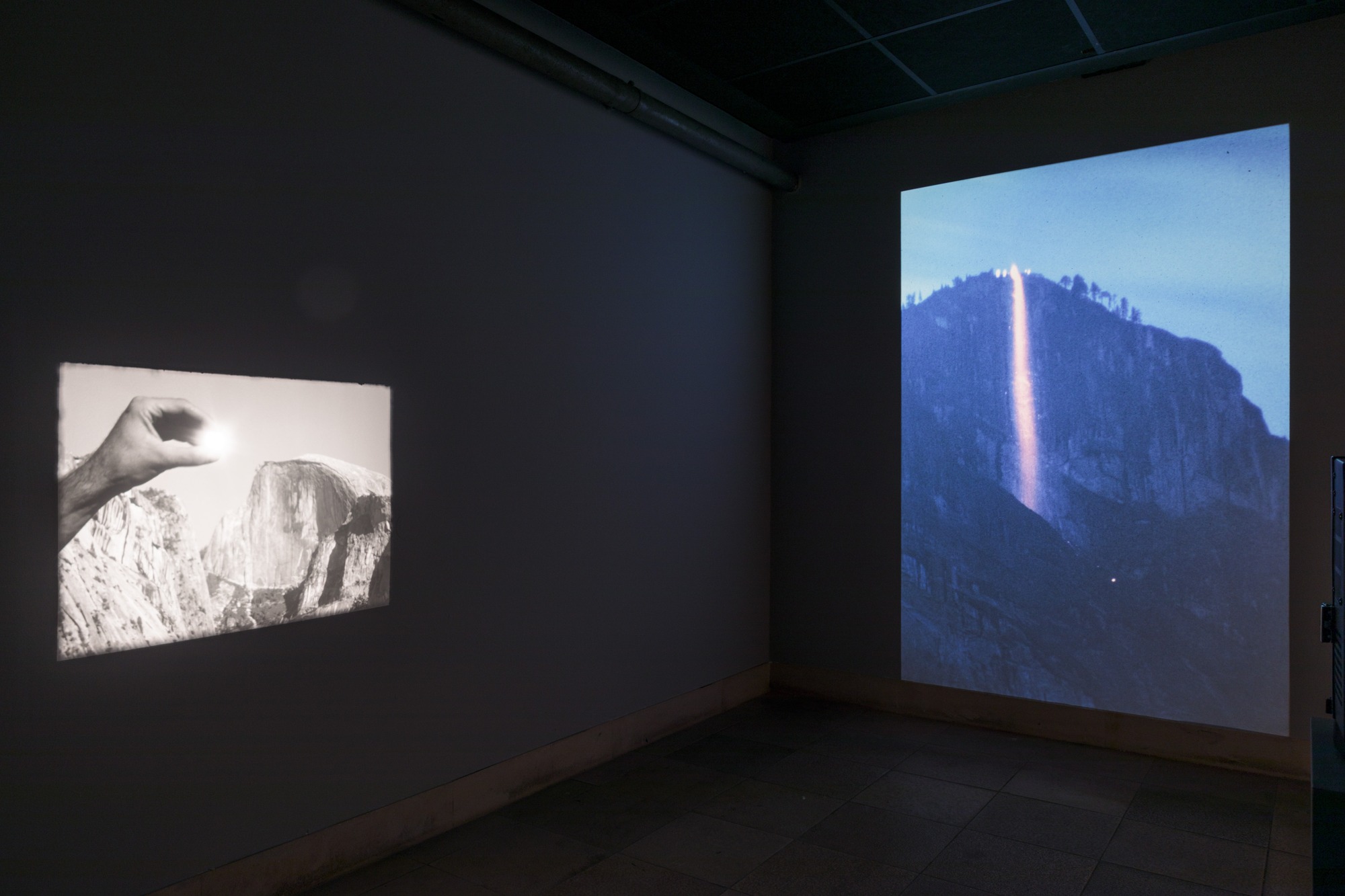 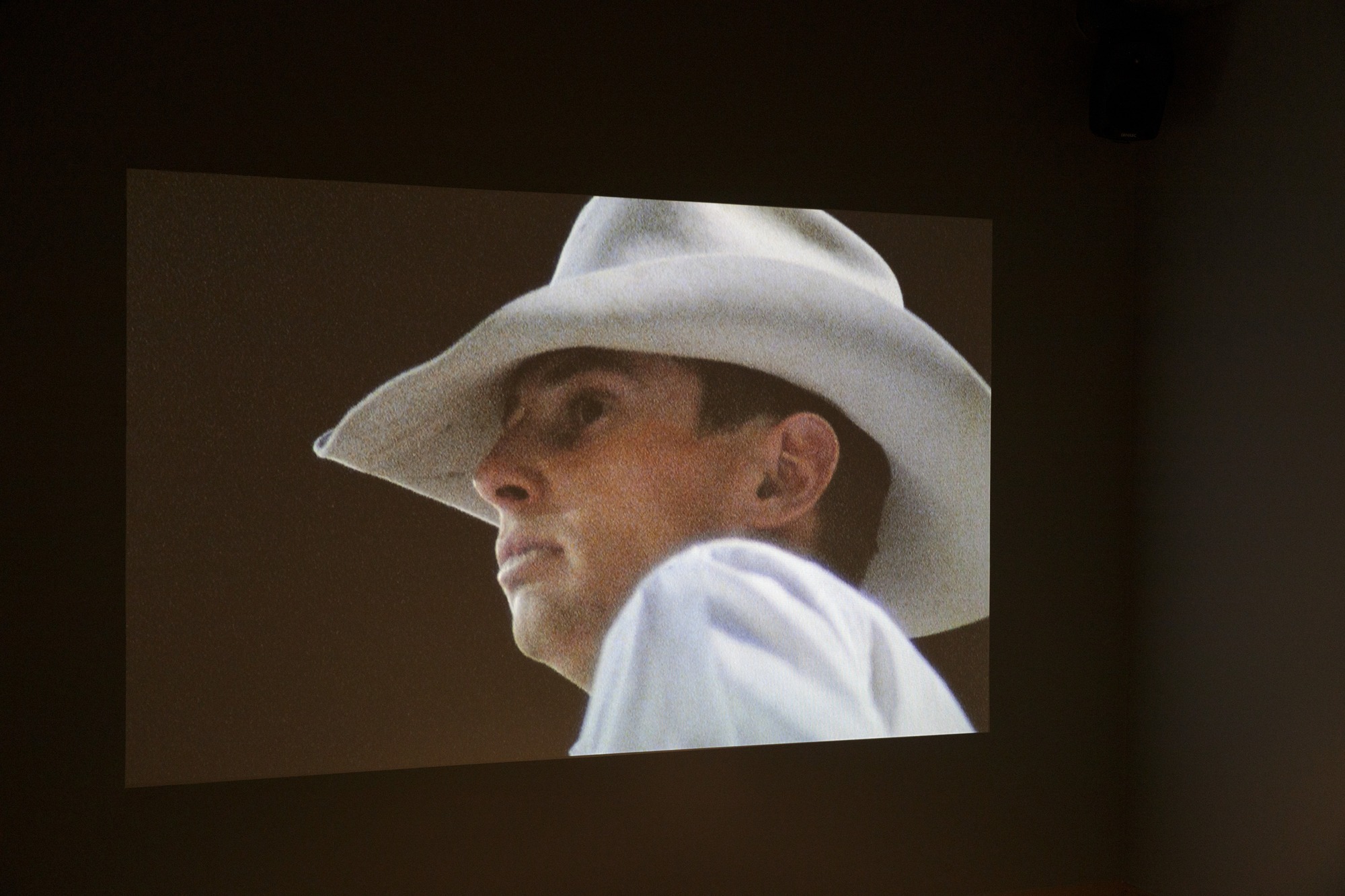 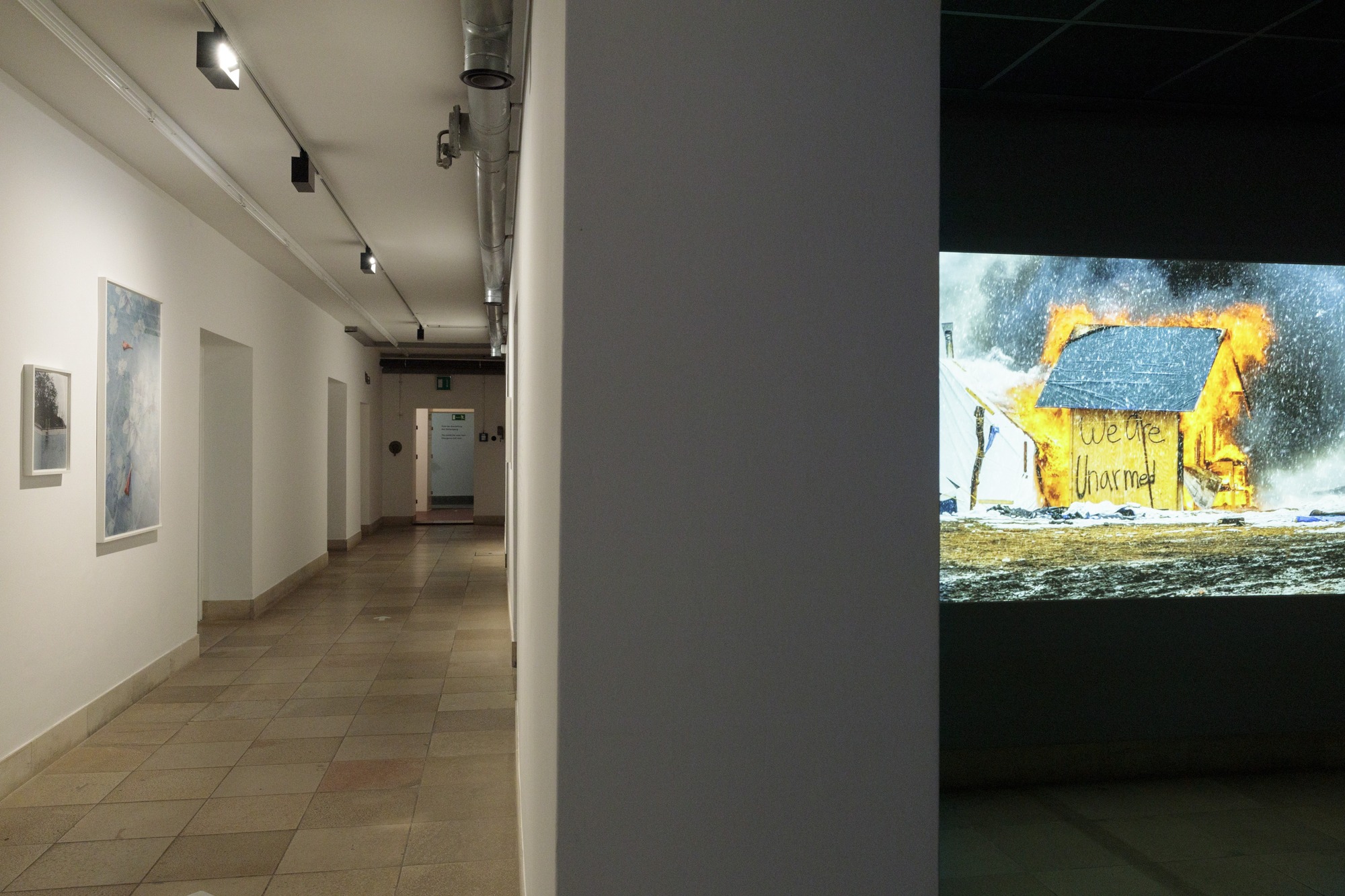 Since 2011, every six months different media works from the Sammlung Goetz have been presented in curated group exhibitions in the former air raid shelter of Haus der Kunst. For the first time since the establishment of the cooperation, a solo exhibition is on view in the space: Cyrill Lachauer. I am not sea, I am not land. The Sammlung Goetz, which has extensive groups of works by Cyrill Lachauer, commissioned the artist to develop a new installation for this unusual site.

The result is the extensive multimedia installation Cockaigne - I am not sea, I am not land, which consists of films, videos, slide projections, sound installations, photographs, and wall texts. The artist has been working on the installation since 2018 but has been unable to complete it because of prevailing travel restrictions. As this is an interconnected installation, the artist has included photographs and handwritten wall texts, which are presented on the walls of the connecting passageways.

The title Cockaigne refers to the 1567 painting by Pieter Bruegel the Elder, The Land of Cockaigne, a mythical land of plenty. It symbolizes a utopian-ironic alternative to the everyday harshness of rural life. In one of his films, Cyrill Lachauer zooms in on the painting in a 30-minute tracking shot. The film is accompanied by a spoken text written by the artist and for which he and Moritz Stumm developed a soundtrack.

The point of departure for the project is the artist's film Dodging Raindrops - A Separate Reality (2017), which is the only pre-existing work in the exhibition. The work is an episodic experimental film in which the artist tells of encounters with rappers, rodeo riders, and alleged "Native Americans" and explores questions of identity and attribution as well as fiction. Lachauer thus combines documentary and staged scenes to create a mythic-apocalyptic narrative. It remains to be seen how much of his own history he has brought into the film as a white, European man and artist.

The artist, who was born in Rosenheim in 1979 and lives in Berlin, studied directing, ethnology and fine arts. In his youth, he came across the book A Separate Reality (1971) by Carlos Castaneda. It recounts the anthropologist's encounter with a medicine man and Native American, who teaches Castaneda to "see". According to the artist, he read the book, which was celebrated in the New Age movement, in just a few days. Lachauer's enthusiasm for Castaneda's writings ultimately led him to study ethnology.

At university, however, the artist learned that Castaneda's encounters were fictitious and that his alleged field research consisted of reading books from the university library. For Lachauer the ethnology student, the New Age guru was finished, but Lachauer the man did not abandon him. Lachauer was more interested in how Castaneda continued the narrative of the "Native American" from the perspective of a white man and used it for his own purposes.

Motivated by the idea of a narrative landscape in which the history of its inhabitants is also inscribed, Lachauer traveled to the United States. Setting out from Los Angeles, he followed Carlos Castaneda's fictional field research route. Yet the story Lachauer tells is a different one.

The exhibition begins with a film projection of a sequence from the 1934 film Man of Aran, which was edited by the artist. In it, a wind-battered sea makes it impossible to distinguish between the mainland and the ocean. Inspired by the work, the Berlin-based Australian composer Ned Collette wrote a piece of free music on it. The examination of the idea of land and landscape in their most varied manifestations constitutes the exhibition's basic framework. Land, for example, can signify homeland and thus provide roots, or it can be used to provide nourishment. It can, however, also foster a sense of inclusion or exclusion when it embodies the idea of nationhood.

Cyrill Lachauer takes us along on his journeys to Brazil, South Africa, the United States, and Romania, as well as to Berlin and the Province of Brandenburg. We encounter hobos, the migrant workers who travel across America on freight trains, the queer park ranger in California's Yosemite National Park, diamond miners in South Africa, and Barrit, who fled the United States and can no longer return to his homeland. They are the most varied of people, united in their position as marginalized members of society.