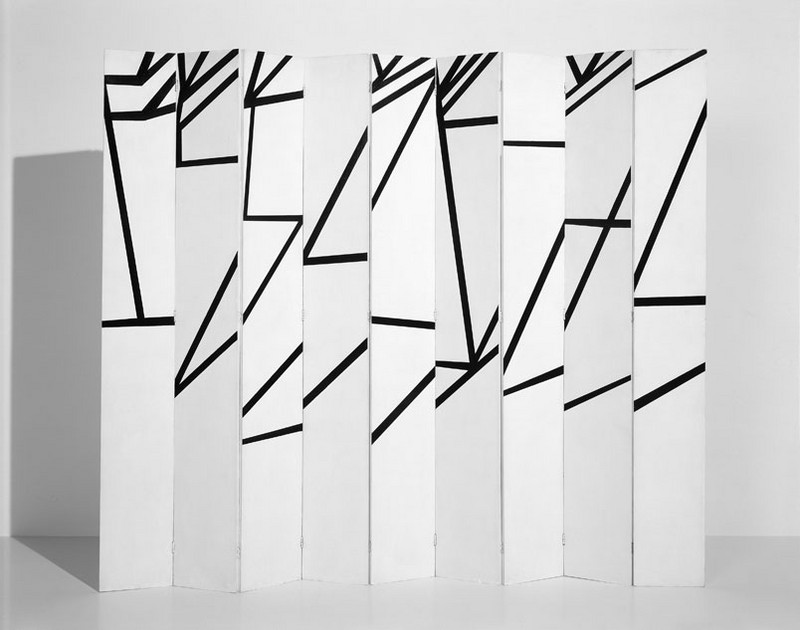 ellsworth kelly (b. 1923 in newburgh, new york) is among the most important protagonists of colour field painting. his paintings, in large format for the most part and consisting usually of several panels, are an impressive interplay of form, colour and space. kelly's works are notable for their very lean imagery: the forms are geometric or organic, the contours are drawn sharply, the colours are intense. form, derived from real observation, is at the source of kelly's creative process. the window of a museum, the floor of a paris café, the diagonal shadow of a garage entranceway – fragments of everyday reality that the artist translates into the simplest, most memorable forms, hence turning the quotidian into two-dimensional signs. kelly does not find refuge in invented lines or shapes and is therefore liberated from the need to compose an image: “the things that interested me were always there”.
at all his creative periods, kelly tested new image ideas in black-and-white versions – a method he still practices to this day. for the most part, these paintings were realised at the same time as the colour versions; at times they came before. in the black and white versions, kelly can only concentrate on form and profile to create light and dark. the emotional value of the colours no longer distracts the viewer. the black-and-white works constitute about one-third of his large opus and they provide information on the various stages of his artistic development since the 1940s.
the exhibition was organised in close cooperation with the artist, who already encouraged a presentation of his black and white works in the 1990s. it will show a selection of about 50 paintings and reliefs from 1948 to 2010. these will be complemented by a group of drawings and photographs. “black & white” is the first comprehensive retrospective of the black-and-white works by ellsworth kelly.
www.hausderkunst.de