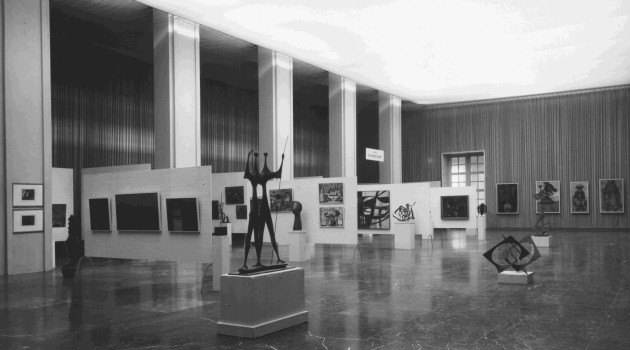 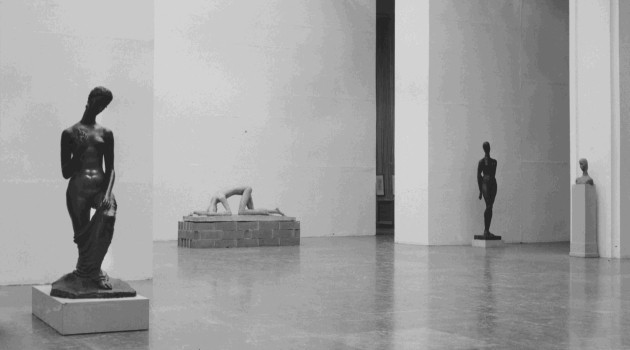 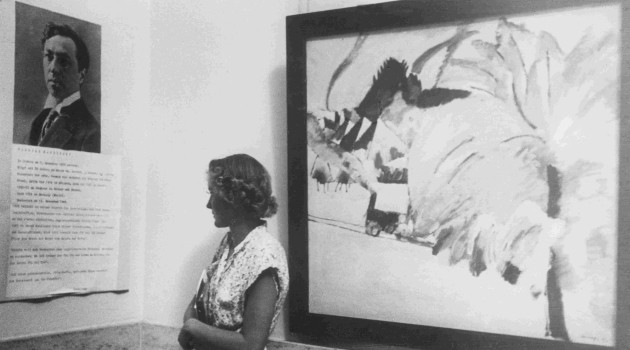 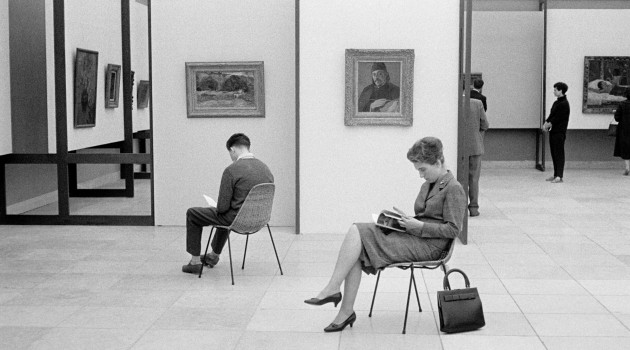 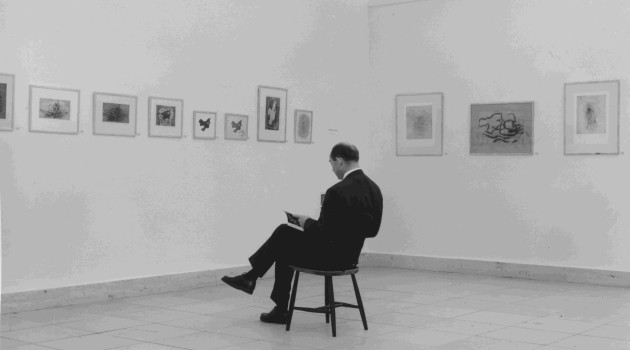 The new presentation in the Archive Gallery augments the exhibition "Postwar: Art Between the Pacific and the Atlantic, 1945–1965" by examining Haus der Kunst's institutional memory during this period.

After 1945 the occupying powers intended to reestablish Munich as southern Germany's cultural capital. Unlike the city's renowned museums, Haus der Kunst escaped the war nearly unscathed. As soon as 1946, art exhibitions were once again being presented in Haus der Kunst's West Wing. In that year, the institution's original name, "Haus der Deutschen Kunst", was changed to "Haus der Kunst". In the same period, the building also housed an officer's club for the United States Army, which permanently vacated the building in 1955.
While they were not explicitly addressed as topics, denazification and the rehabilitation of modernism were pursued and communicated in the postwar period. The return of the very artists defamed by the Nazis was broadly communicated and received. With exhibitions like "Der Blaue Reiter" (1949) and "Die Maler am Bauhaus" the art historian Ludwig Grote shaped the profile of Haus der Kunst as a site of Modernism in the first years after the war.

As part of a comprehensive new beginning, program curators at Haus der Kunst also actively sought to establish international artistic solidarity beyond Germany's borders. Exhibitions like the Picasso retrospective (1955), for which famous paintings such as "Guernica" (1937) and "Massacre in Korea" (1951) traveled to Munich, and an exhibition of Brazilian artists (1959), formulated this focus. The international relationships since the 1950s were largely defined by the director at the time, Peter A. Ade. Haus der Kunst continues to serve as a case study for a visionary approach to art and the reestablishment of an international reputation.

The Archive Gallery understands itself as a dynamic memory whose visual appearance changes each year. In cooperation with Martin Schmidl and students of Munich's Academy of Fine Arts, an exhibition display was developed in which documents, exhibition catalogues, posters, photographs, reports, and film material dating from the period between 1945 and 1965 provide a platform for individual and collective research.

The presentation is supported by the Archive of Künstlerverbund im Haus der Kunst München e.V. and the archive of the German Newspaper "Süddeutsche Zeitung".
www.hausderkunst.de