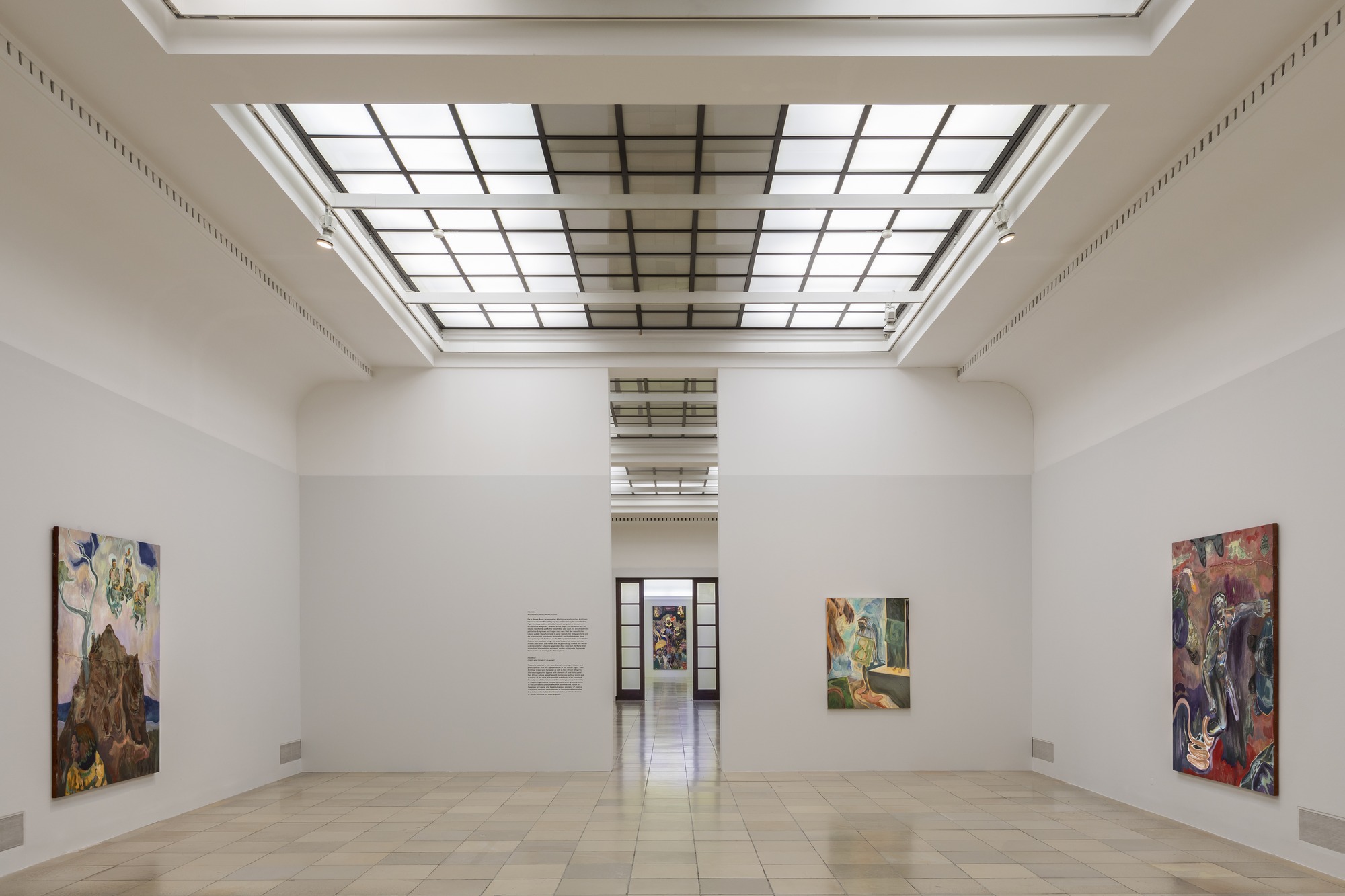 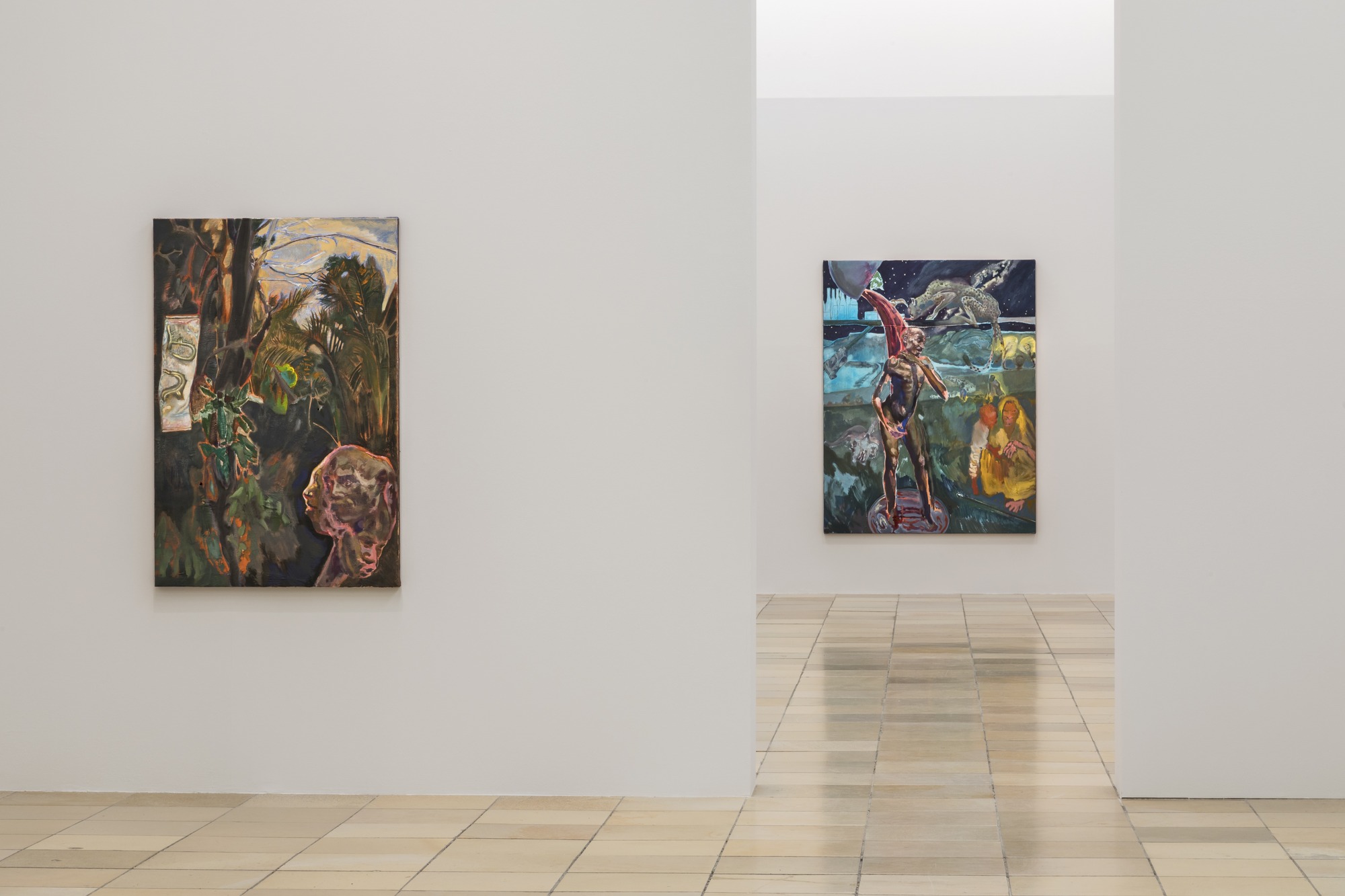 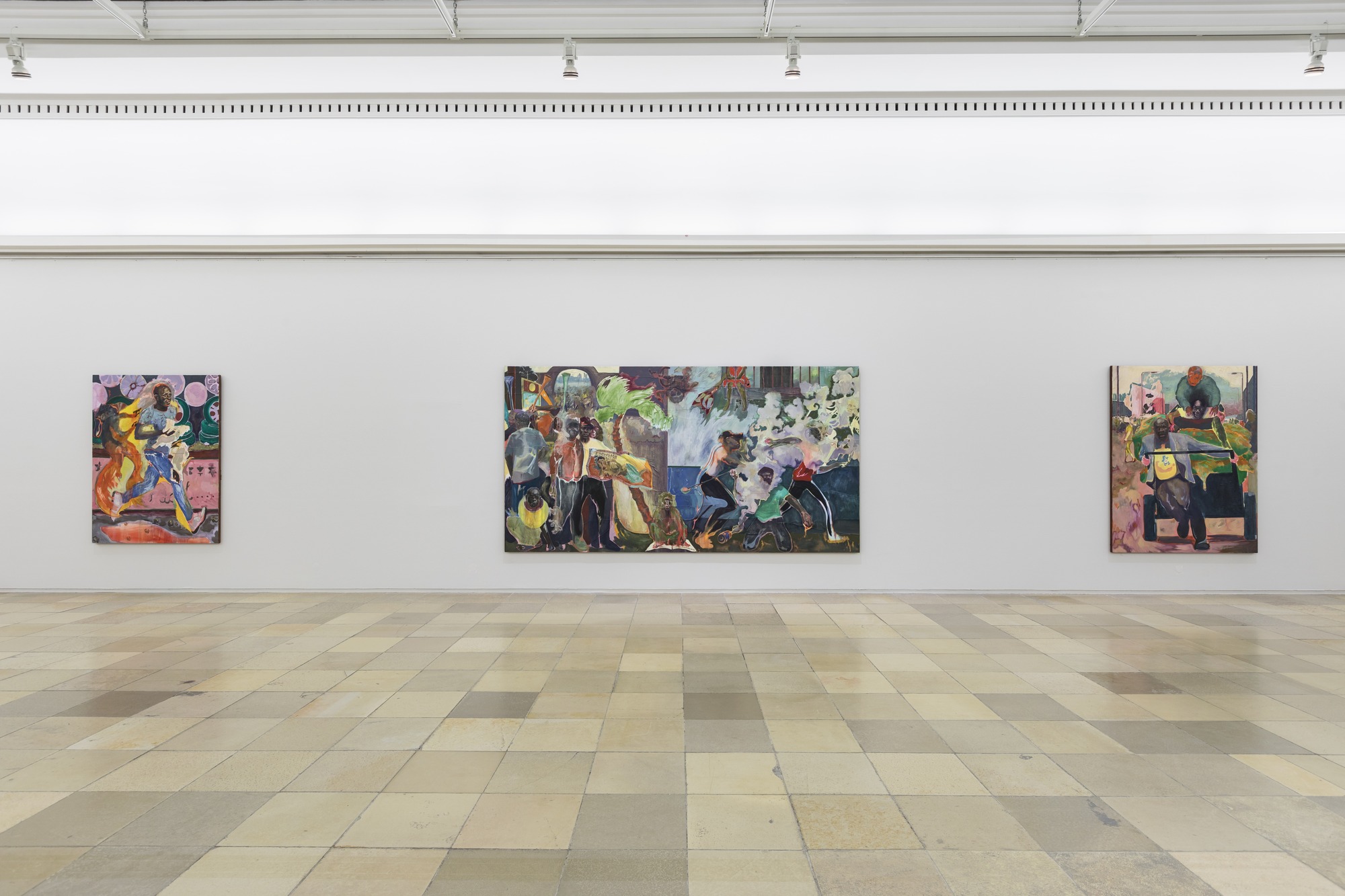 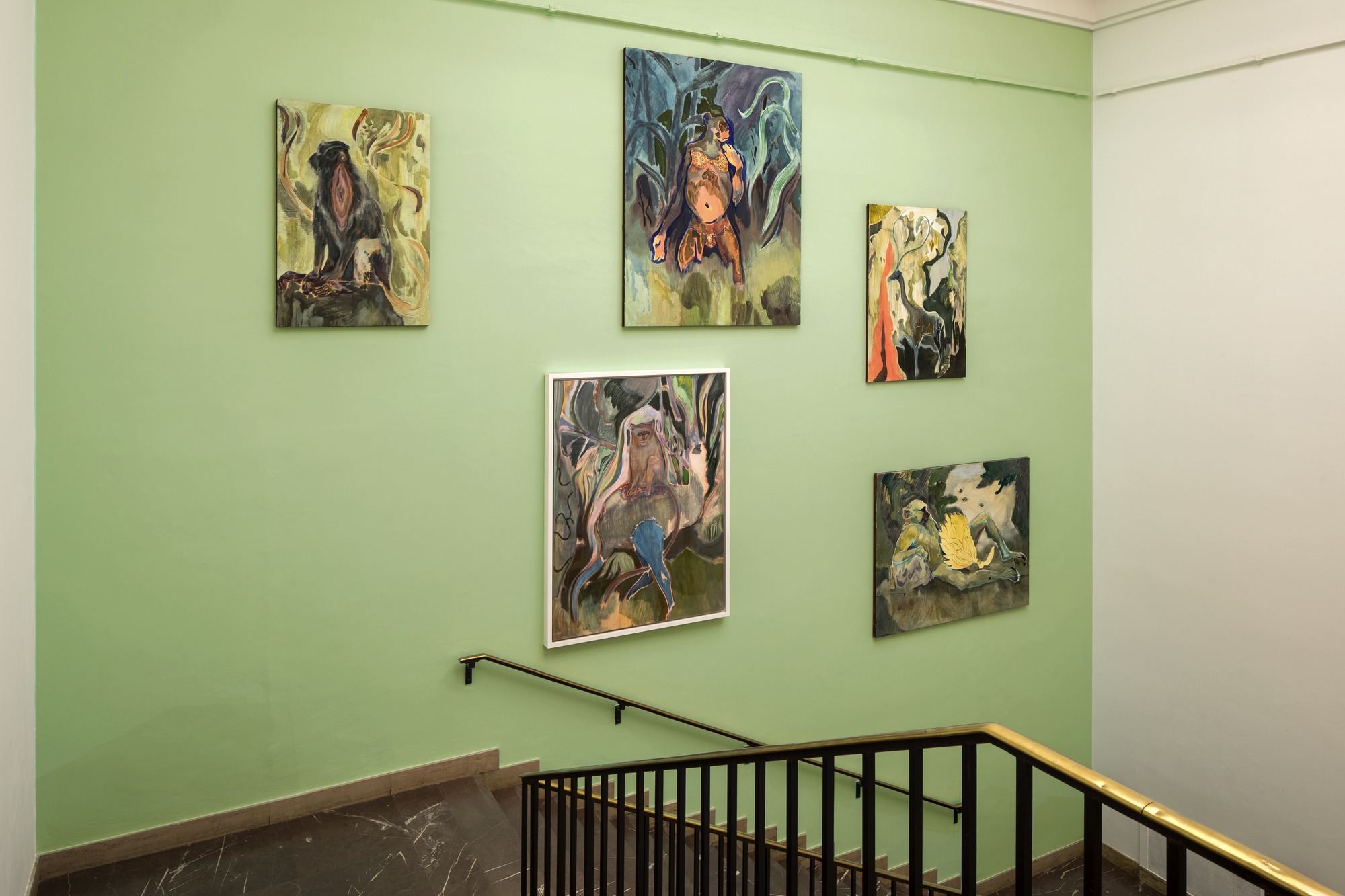 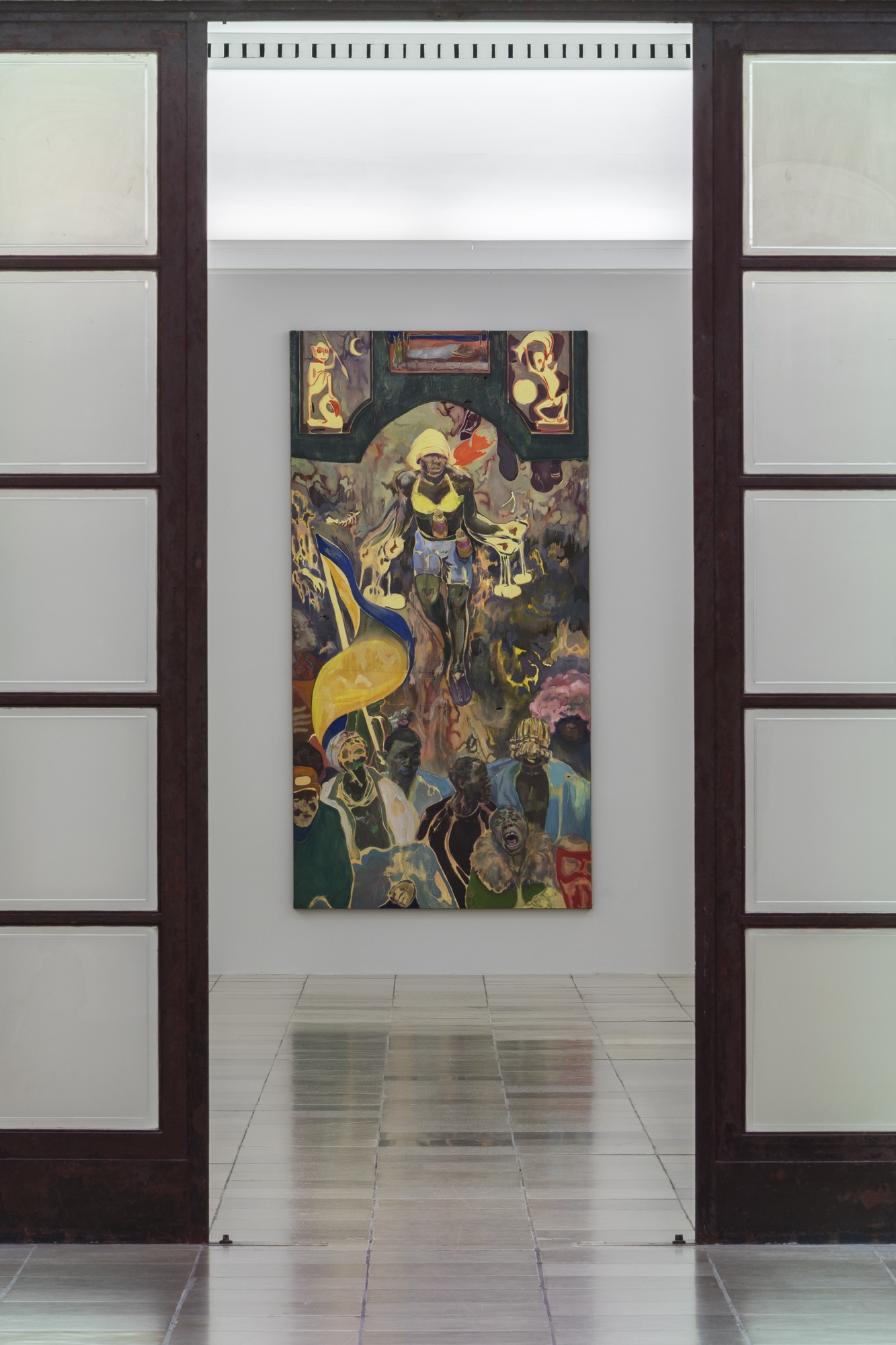 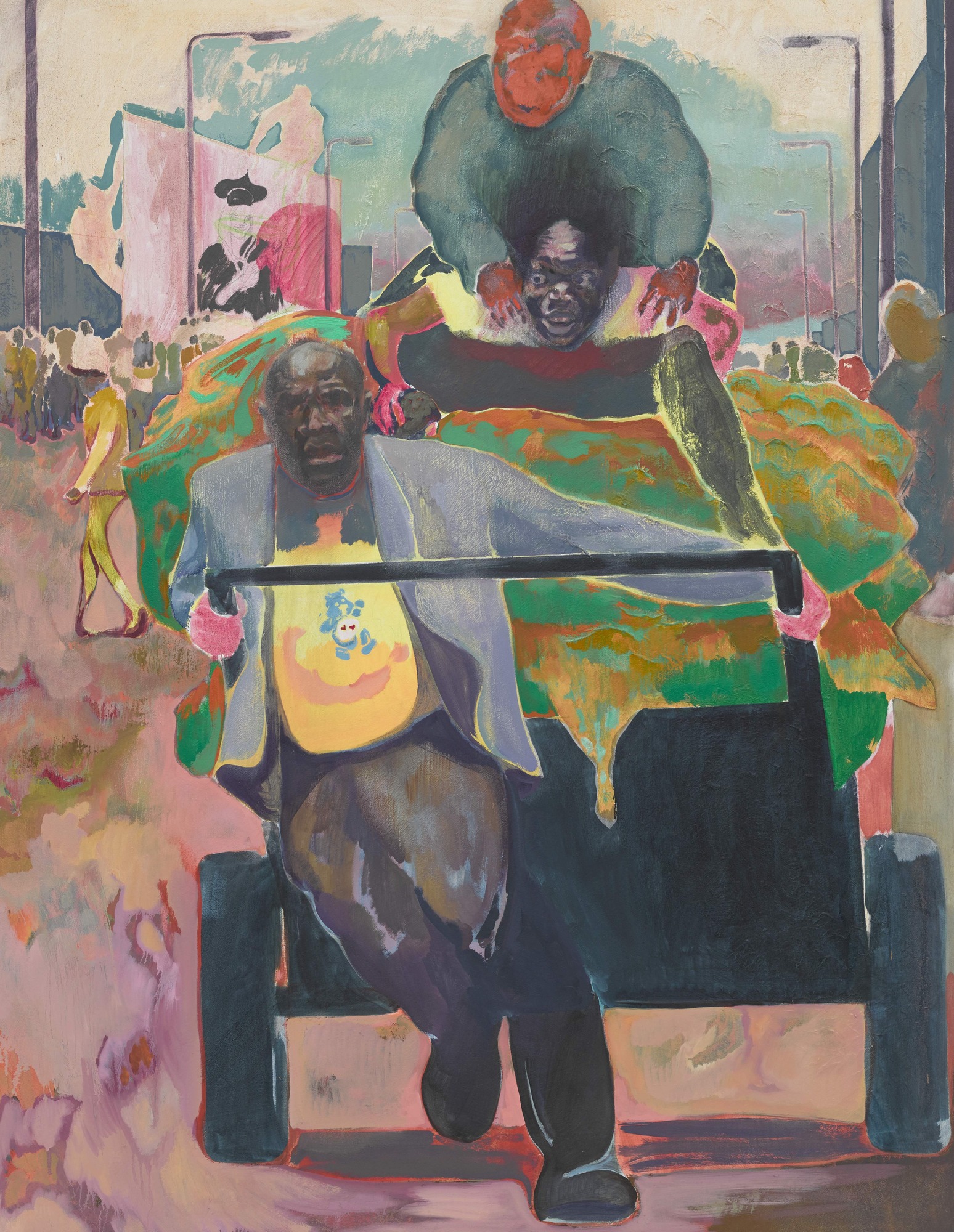 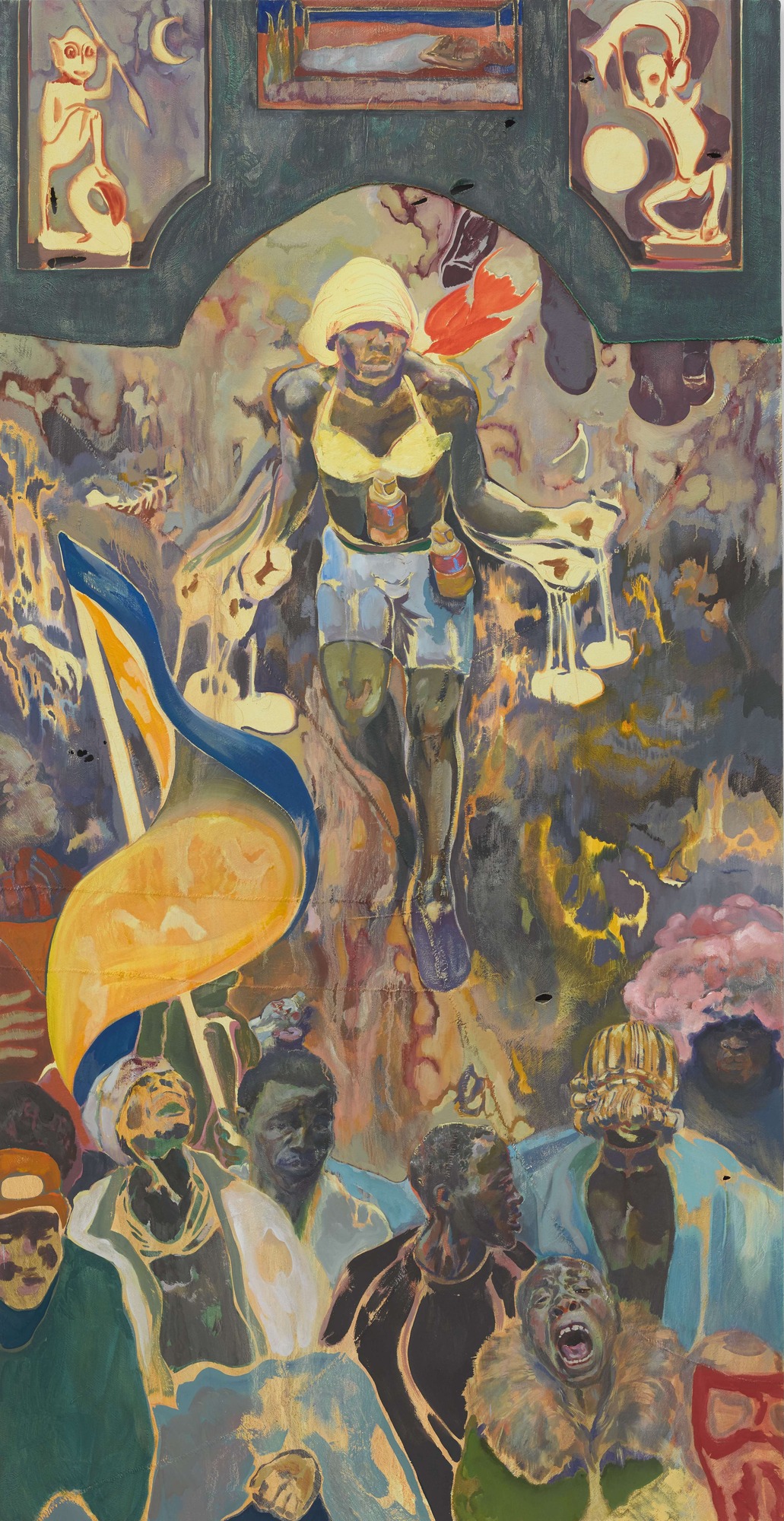 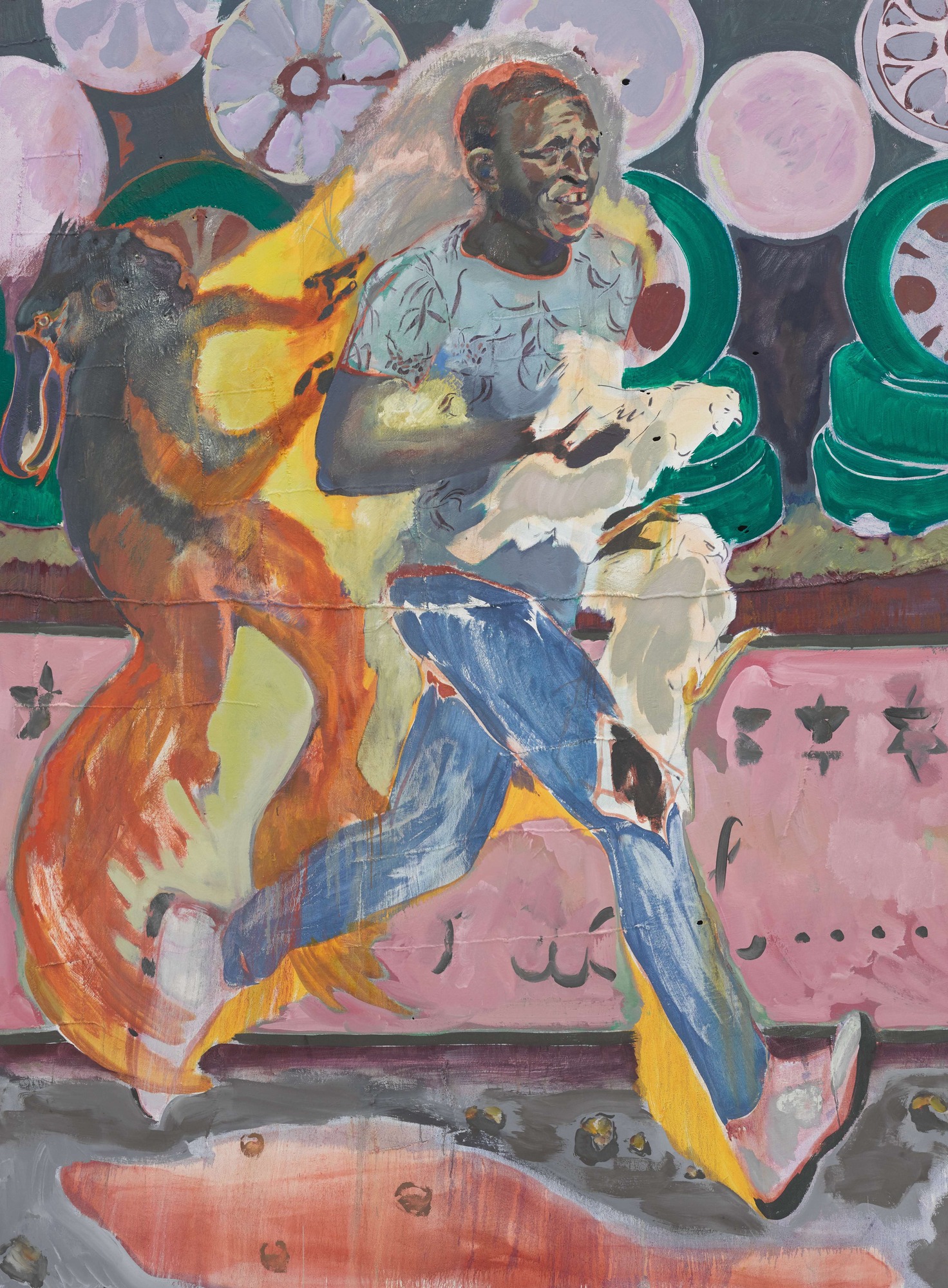 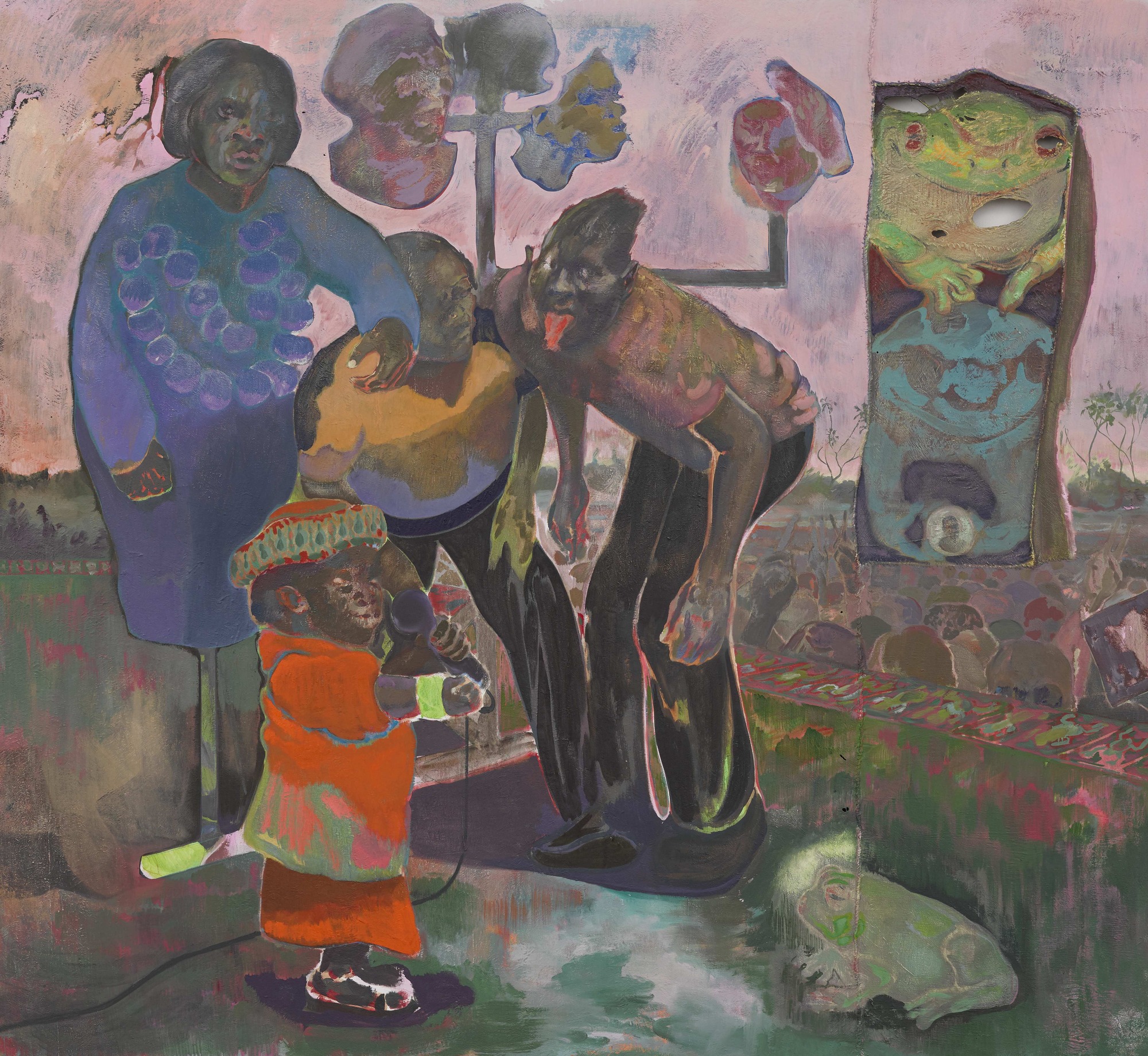 The young British-Kenyan painter Michael Armitage (born 1984 in Nairobi. Kenya) has quickly become one of the most exciting voices in contemporary painting. In his large-format, nuanced oil paintings, he combines East African and European motifs and painting traditions. He draws inspiration from political events. pop culture, folklore and personal memories, weaving these into mythically charged and dreamlike images. With "Paradise Edict" Michael Armitage, who will be awarded the renowned Ruth Baumgarte Art Award in the fall, celebrates his first major presentation in a museum setting and his first show in Germany.

Those trained in Western art history will find Michael Armitage's paintings attractive and surprisingly familiar, experiencing a kind of déjà vu. The iconography of Titian, Francisco de Goya. Edouard Manet, Paul Gauguin. Vincent Van Gogh and Egon Schiele can be found in the works' compositional elements, motifs and color combinations. Michael Armitage. who grew up in Kenya and trained at the Slade School of Art and the Royal Academy of Arts in London, skillfully addresses the European view and the associated exoticism when looking at the 'other.' The artist's palette and symbolism are equally inspired by East African artists, to whom a separate room is dedicated as a kind of homage in the Haus der Kunst presentation.

Michael Armitage paints on lubugo, a cloth-like material traditionally extracted from the bark of the Natal fig tree by the Baganda people in southern Uganda. The bark is removed from the trunk and shaped with wooden tools until it is elastic and even; the remaining trunk is wrapped in banana leaves to promote its regeneration. Lubugo was traditionally used in coronation and healing rituals and for shrouds: the material is now also used in handicrafts. Michael Armitage discovered lubugo at a tourist stand in Nairobi in 2011. The material serves not only as the painting surface, thereby embedding his work in East Africa, but also influences the painting process itself. Armitage reacts to the irregularities of its surface by applying layers of thin glazes. He allows the holes and stitching in the material to become part of his paintings' composition: these marks serve as an ever-present sign of the materiality and physicality of the work.

The exhibition "Paradise Edict" combines four groups of works dating from 2014 to the present. The show begins with a group of animal paintings, including monkeys, giraffes, leopards and snakes. Like tricksters, these creatures play a vexing game with the viewers and seem to hold a mirror up to them. Monkeys, in particular, become symbols of human characteristics. The works also expose the tense, exotic and erotic view of Africa, as a projection surface for both the feral and a supposed originality. In a second room, large-format landscape paintings (2015-19) rich in symbolism reveal a mythically charged environment. The paintings refer to the political past of places and allude to different concepts of nature in Africa and Europe. In the adjoining room, the focus is on the representation of the human figure; Armitage makes use of both European and East African allegories, weaving them into a hybrid.

Presented in the fourth room is the complete "Kenyan Election Series," eight paintings that explore the controversial Kenyan parliamentary elections of 2017 and the accompanying unrest. At the time, the artist took part in a major rally of the largest opposition party, at which some participants climbed into the branches of a tree. With paintings such as "The Fourth Estate," Armitage refers to the "Caprichos" and "Disparates" of Francisco de Goya (e.g. "Disparate ridiculo," "Todos caeran") and, like the Spanish master's etchings, aims at the bullseye of human irrationality.

Film footage and East African sculptures. ink drawings and watercolors on paper also demonstrate the intensity with which the artist deals with the representation of gestures and facial expressions. The show ends with a presentation of around 70 twentieth-century works from East Africa, including figurative paintings by Meek Gichugu, Jak Katarikawe, Asaph Ng'ethe Macua, Theresa Musoke, Elimo Njau, Edward Saidi Tingatinga, Sane Wadu and sculptures (Magdalene Odundo, Chelenge van Rampelberg and the Makonde). For the first time, Michael Armitage's work is juxtaposed with that of previous generations and their formal language.

Michael Armitage lives and works in London and Nairobi. Since March 2020, while unable to use his London studio for several weeks due to lockdown, he created a series of lithographs that explore empathy and care. Individual sheets from this series will be integrated into the exhibition.

Michael Armitage's powerful images are the result of a multi-layered working process and an expression of essential aspects of the human condition: cruelty, sexuality, love, mythologies and dream states. In them he combines past and present as well as traditions from different continents.

A catalogue will be published by Walther Konig Publishing and includes contributions by Imraan Coovadia, Andrea Lissoni, Martha Kazungu and Anna Schneider as well as a lithographic edition created especially for the exhibition.

Together with the Nairobi Contemporary Art Institute (NCAI). Haus der Kunst has commissioned three short films (on Elimo Njau, Sane Wadu and Asaph Ng'ethe Macua, five minutes each), which can be seen in the digital context of the exhibition. The NCAI is a young institution, founded by Michael Armitage, which is dedicated to the processing and preservation of contemporary art in East Africa.

With the support of the Goethe Institute, it has been possible to introduce a new exchange program with this exhibition. As a prelude. Ayako Bertolli from the Nairobi Contemporary Art Institute (NCAI) will come to Munich for a work stay of several weeks.

On August 31th, Michael Armitage will receive the award of Ruth-Baumgarte-Stiftung at Sprengel Museum in Hannover, Germany.
www.hausderkunst.de