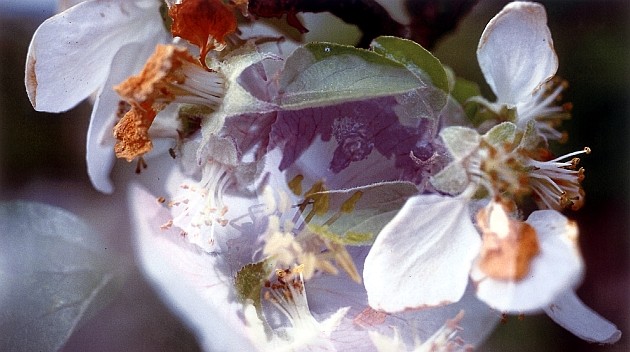 The exhibition "Pictures in Time" is devoted to the relationship between the picture and the moving image. The carefully selected frame – often based on models from painting – is the dominant element in the presented films, videos and slide shows. The slowness of these images draws attention to aspects of the subject, the composition and time. Animations, tableaux vivants, still lifes, and filmed image cycles characterize the selection.
A noteworthy role in the selection of works in "Images in Time" assumes the "tableau vivant", or the reenactment of paintings and sculptures by real people. In Sam Taylor-Wood's film "The Servant", a breath of air that ignites the flame of a cigarette lighter animates the static image. The minimal movement makes the passage of time perceptible, which distinguishes this film from a painting. Fischli & Weiss's "Blumenprojektion, Herbst" [Flower Projections, Autumn] is rooted in the genre of landscape painting and still life. This double slide projection is located at the border to the cinematographic. During the projection of two superimposed slides, the observer's gaze wanders over opulent details. The slow transition from one slide to the next causes a rhythm that makes the passage of time perceptible. Seth Price opted for a clear conceptual approximation to the medium of painting. For his "'Painting' Sites" (2000–1), he entered the word "painting" into Altavista, an early Internet search engine. He then copied images from the websites on which the word appeared and saved them as a screenshot, finally compiling them into a slide show. The search retrieved everything imaginable — from masterpieces to kitsch hobby paintings. "'Painting' Sites" shows how much the nonhierarchical selection of images on the Internet differs from the art-historical canon of painting.
With works by Yael Bartana, Fischli & Weiss, Gary Hill, Cyrill Lachauer, Seth Price, Florian Pumhösl, Robin Rhode, Anri Sala, Markus Selg, Kathrin Sonntag, Sam Taylor-Wood, Zhao Liang.
www.hausderkunst.de