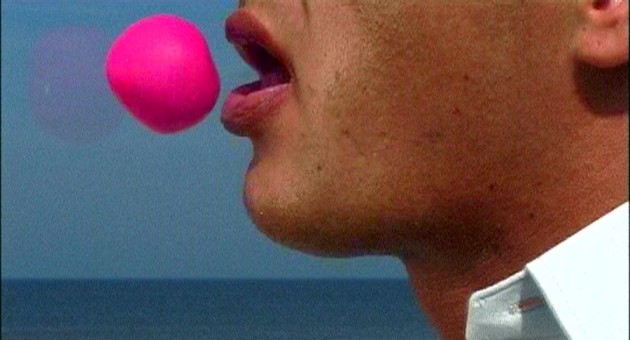 Since spring 2011, Haus der Kunst is showing films and media art from Sammlung Goetz in the building's former air-raid shelter. The Cold Libido is the eighth presentation of this exhibition series.

Video art has abandoned its mistrust of narrative cinema and now delves deep into its reservoir of emotions – not to seduce through emotional dramaturgy and intensity, but rather to explore the dynamics of cinema. Through film works by artists Keren Cytter, Aïda Ruilova, Jeanne Faust, Annika Larsson, and Shahryar Nashat from Sammlung Goetz, Haus der Kunst presents a compressed spectrum of this artistic exploration.
The selected works call upon fundamental issues such as love, longing, loss, fear, violence, and death. They appear to be pre-formatted via their references to film genres such as horror, soft porn, drama, or thriller. The videos employ different cinematic tactics to break open the movie's closed form and abrogate the mechanisms of audience seduction, e.g. the promise of pleasure, control, and power. Our preliminary understanding of the moving image and the alluring vitality of the cinematic apparatus is disturbed. Shock-like cuts interrupt the experienced cinematic time; loops in ultra-short sequences render cinematic settings invisible; and narrative parameters are broken down to decouple actors, characters, locations, images, and sounds from each other – or to dissolve the plot completely.

The videos reduce strong emotions to short segments of visual pleasure; they fracture the close relationship between viewer subject and movie text and place things in idle. Brief pauses in the cycle of deficiency and desire are the productive moments of the works, because it is in them that the view of ourselves, of others, and of the balance of power – things that connect us to one another – can be re-imagined. The videos thus oppose the logic of the period of their creation, between 1998 and 2008, a decade in which the economy of desire fully succumbed to crises and catastrophes.
www.hausderkunst.de