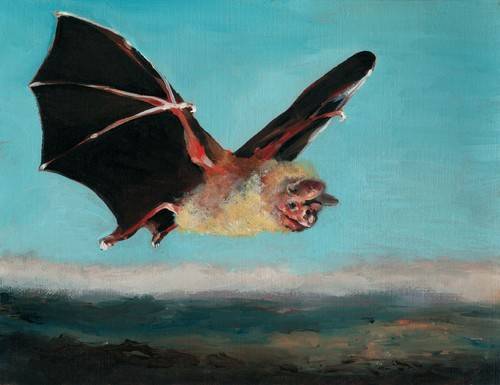 'London in Zurich' is a group show of London based-artists.

Varda Caivano: Born 1971. Lives and works in London. Caivano’s paintings offer subtle suggestions of images; hints of forms which hover on the verge of definition, confident in their location just outside of representation. For Caivano, painting enables encounters with an inner world which exists at the edge of consciousness and touches upon the enigma that is subjectivity itself. Caivano's works incorporate an uncompromising yet individual approach to the tradition of abstract painting, drawing as much on unique perceptions of colour, space, texture, volume and light as on art history. Caivano graduated in 2004 with an MA in painting from the Royal College of Art. Caivano has shown at The Approach Gallery, London, Victoria Miro Gallery, London, and 'Bloomberg New Contemporaries 2001'.

Jodie Carey: Born 1981. Lives and works in London. Carey is a recent graduate of Goldsmiths College. Whilst craftsmanship and dedicated investment of time are integral aspects of her practice, Carey believes the underlying concept behind a work must remain equal to the power of the object itself. At the present time she sees herself as working toward a more democratic form of art that might resonate with a wider audience. She will begin an MA in sculpture at the Royal College of Art in October 2005.

Lali Chetwynd: Born 1973. Lives and works in London. Lali Chetwynd is known for her continuing series of paintings under the general title 'Bat Opera'. These small-scale paintings on canvas paper conjure a sequence of imaginary events surrounded by a swarm of invading bats. Chetwynd also stages baroque and surreal performances that are notable for their wit and warmth. Her fascination with the grotesque has led her to create a performance work called 'An Evening with Jabba the Hutt' referring to the enormous slug-like slave trader from 'Star Wars'. Other scenarios involve debt counsellors and heavy metal musicians against the backdrop of stage sets based on details from Giotto’s frescoes. She has also held workshops in the making of Iron Age jewellery from pasta shells. Chetwynd is a graduate of the 2004 Royal College of Art painting course and has since exhibited at the ICA, London, and Herald St, London.

Anne Kathrin Greiner: Born 1975. Lives and works in London. In her series 'Disciplined Spaces', Greiner revisits the three schools she attended during her formative years. Whilst the architecture functions as autobiography, Greiner also analyses the psychology of these buildings, allowing the work to evoke common histories. The absence of people underlines the ambiguity of these institutions, their architectural features being characteristic of spaces in which individuals are assessed and controlled. Rather than acting as literal portrayals of the architecture, the photographs function in a metaphorical way, questioning the level in which our everyday surroundings effect our actions and behaviour. Greiner is a graduate of the 2005 MA Photography course at the Royal College of Art. She was selected for 'Bloomberg New Contemporaries 2005' and the Hereford Photography Festival 2004. Her work has been shown in venues throughout the UK, Europe and Japan.

Thomas Hylander: Born 1970. Lives and works in London. Thomas Hylander is a graduate from the Royal College of Art in 2004. In Denmark he started and worked as the co-editor of the cultural magazine KONGLO, before going to Poland as a guest student in the Academy of Fine Arts in Warsaw. With a restless but optimistic belief in the possibilities of the medium, it is painting as archaeology; digging at random into the memory bank and drawing images from many different sources, the work endeavours to hold on to the original amazement and mystery of the first sight, memory or idea. Not always fully excavated, the paintings seem to be on the brink of disappearing or to be in the middle of some transformation, perhaps that of growth or decay. The paint is applied and taken away in equal measure and can be seen like traces and tide marks not unlike the different layers of a peeling fresco.

Cary Kwok: Born 1975. Lives and works in London. Postgraduate Diploma St Martins College, London 2000 - 2001. Undergraduate Diploma St Martins College, London 1996 - 1999. A fascination with men, hairstyles and fashion has brought about a series of fantasies particular to the drawings of Cary Kwok. The male nudes in Kwok’s biro representations resonate with styles from the 20th century; a Busby Berkeley-esque dance scene becomes a homoerotic display of power. The minutiae of detail are not just reserved for skill alone - the attention to periodical detail is also meticulous. Be it women’s high heels or men’s hairstyles, the vogues of the past century are laid side by side showing an alternative textbook history.

Djordje Ozbolt: Born 1967. Lives and works in London. Djordje Ozbolt’s paintings appear to illustrate a long forgotten folk story or fable, visual depictions of distorted word-of-mouth stories. Ozbolt happily ransacks cultures, traditions, curiosities and epochs – collapsing the narrative into a solitary image with their mysterious and often macabre imagery. Ozbolt’s paintings resemble children’s book illustrations that have been removed by a particularly prudish censor. At other times, Ozbolt’s images could be memories from past adventures, as he reminisces about what he witnessed while away on his travels.

Noah Sherwood: Born 1976. Lives and works in London. Recent projects include collaborating with Chris Davies on the ongoing project BAKLASHOP as seen at East End Academy 2004 and the Mostyn Open 2005. Nominated for the Jerwood Sculpture Prize 2003, Sherwood studied an MA in sculpture at the Royal College of Art in 2000-2002. Sherwood’s sculptures are formed from inert and passive materials that are manipulated during intense periods of transformation. They show movement, a way of embodying a state of constant shift and change.

Daniel Silver: Born 1972. Lives and works in London. Daniel Silver's sculptural work is very much about a denial of character, a recognition of the fact that looks are certainly not everything, that sculpture is already halfway there, and that there is no need to invest in a perverse, mannered search for a new form. He graduated from the Slade School of Art in 1999 and continued to the Royal College of Art, MA sculpture, 2001. Silver has exhibited at - among others -, 'Bloomberg New Contemporaries', Tal Esther Gallery, Tel Aviv, and Pescali & Sprovieri, London. Silver has been awarded the Henry Moore Sculpture in Residence, 2005.

Daniel Sinsel: Born 1976. Lives and works in London. He studied for his foundation course and BA in painting at Chelsea College of Art and Design and went on to complete an MA in painting at the Royal College of Art in 2004. He was selected for 'Bloomberg New Contemporaries' in 2002. By and large, Sinsel works on an intimate scale, combining technical virtuosity in his painting with a fascination for craft. His experimentation with materials is met by an equally unusual subject matter; knives, nuts, eggs and wood cross back and forth as instruments, supports and motifs. He paints saintly men and young boys from porn magazines with meticulous reverence, his imagery swinging between the overtly sexual and the more obliquely sensuous. References to art history combine with a very personal, contemporary iconography, culminating in works that emanate a sense of calm serenity, tinged on occasion with melancholy and often with playfulness and wit.

Anj Smith: Born 1978. Lives and works in London. Portraiture, fashion, erotic fetishes and surreal narratives collide in Smith’s small-scale figurative paintings. The desolate worlds described in Smith’s miniaturist-styled paintings recall pre-renaissance landscapes where the horizon serves as the definitive divide between the murky fallow land and an imposing hoary sky. Smith touches on the dark underbelly of fashion and its perpetual quest for the new. A fashion-laden heroine appears in her hybrid landscapes centre stage, frozen in a moment of twisted femininity. Smith recently completed her MA Fine Art programme at Goldsmiths College, London. She has participated in group shows such as 'Mothers' and 'The Analysis of Beauty' at The Northern Gallery for Contemporary Art in Sunderland. Her solo show 'Disco Substratum' recently took place at IBID PROJECTS, Vilnius.
www.hauserwirth.com/