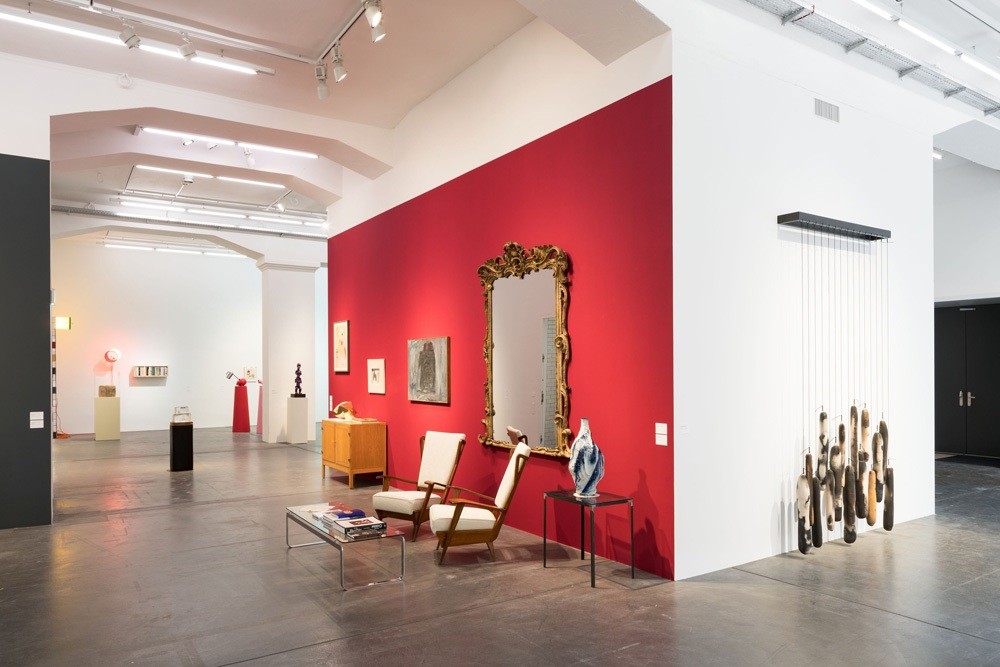 Hauser & Wirth Zürich is pleased to present our year-end group exhibition ‘Salon’, a curated presentation of modern masters and contemporary work. Over a period of four weeks, ‘Salon’ will transform the ground floor exhibition spaces into a series of intricate displays combining works by over 20 artists, classic pieces of furniture and books.

The centrepiece is Rodney Graham’s light box tableau vivant ‘Pipe Cleaner Artist, Amalfi, ’61’ (2013), which shows a fictional modern artist working on fantastical constructions made of pipe cleaners in his Mediterranean studio. Inspired by Man Ray, Jean Cocteau and Asger Jorn, ‘The Pipe Cleaner Artist’ harks back to a long-forgotten era invoking, according to Graham, ‘an image of a studio utopia in a period where modernism still seemed to hold possibilities’. Continuing with this theme, additional works examine craftsmanship and the sensibilities of the artistic material, from fabric and plaster to concrete.

Important ceramic pieces by Fausto Melotti and Ken Price, as well as Saskia Spender, Beate Kuhn and Johannes Nagel, offer another focal point. The Los Angeles-based artist Ken Price revolutionised the conventional understanding of ceramics in the 1960s. His works are influenced by traditional ceramic art from Japan and Pueblo pottery, but jazz and the alternative underground of the era were also central to the development of his distinct and diverse oeuvre.

A series of events will accompany ‘Salon’, beginning with the opening on Wednesday 15 November, which features live classical music presented by Dot Unplugged.
www.hauserwirth.com/