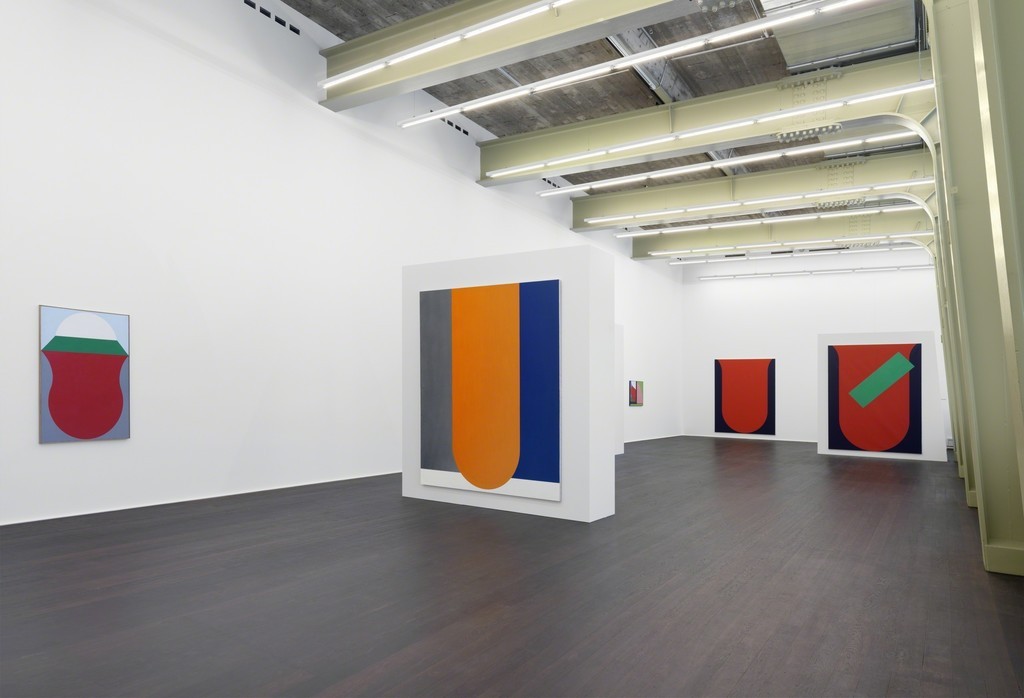 Zurich... Beginning 19 March 2016, Hauser & Wirth will present the gallery’s first Zurich exhibition devoted to internationally-admired Osaka-born, Paris-based artist Takesada Matsutani. Over a five-decade career that began with his participation in the Gutai Art Association and evolved to express the tangled complexities of a life lived between France and Japan, Matsutani has developed a unique visual language of form and materials. His work plays with notions of time and the movement of our bodies through it. Engaging themes of the eternal and the infinite, and echoing the endless cycles of life and death, Matsutani merges material, hue, and movement to arrive at an art about the present moment and the reverberating forces and unceasing currents from which life itself flows.

Highlighting the artist’s practice in Paris at the beginning of the 1970s, ‘Takesada Matsutani’ at Hauser & Wirth will present never before seen paintings from the artist’s early career. Organised with Olivier Renaud-Clément, the exhibition will remain on view at the gallery until 21 May 2016.

Takesada Matsutani was a recognised member of Japan’s avant-garde Gutai Art Association (1954 – 1972), exhibiting in group shows with them beginning in 1960 and having a solo presentation at the Gutai Pinacotheca in Osaka in 1963. Developing an aesthetic in his formative years through radical experimentations with vinyl glue, the young artist impregnated the surface of his canvases with bulbous elements, using his own breath to create swollen and ruptured forms evocative of flesh and wounds. For his ability to elicit the sensual tactility of his materials and create viscerally profound new forms, Matsutani was awarded first prize at the First Mainichi Art Competition in 1966 and received a six-month scholarship from the French government to study abroad. This journey to France would transform his career. While the teachings and ethos of Gutai have exerted an enduring influence upon the artist, nearly 50 years later Matsutani still calls Paris his home.

Visitors will encounter Matsutani’s bold, colourful paintings from the early 1970s, a radical body of work that reveals the evolution of his earlier formative notions. Soon after moving to Paris and beginning work at renowned engraver Stanley William Hayter’s Atelier 17, Matsutani devoted himself to the techniques of etching, printmaking, and silkscreen. Hayter’s workshop was a centre for creative exchange and collaboration, both in Paris and New York, and exerted profound influence upon such artists as Louise Bourgeois, Salvador Dalí, Marcel Duchamp, Max Ernst and Joan Miró. Through the prowess of Atelier 17, American Abstraction and the New York School collided and mingled with the European avant garde – for Matsutani, Atelier 17 introduced new forms of artistic experimentation. Influenced by the theories and history of ‘the image’ in Western culture, and especially by American Minimalism and the Hard Edge paintings of Ellsworth Kelly, he began to conceive new compositions, re-arranging and testing the limits of pictorial space. Transforming the same organic and biomorphic forms he first developed in glue, the progression from ‘Le Développement-A1-69’ (1969) to ‘Two Objects’ (1970) displays the transformation of the artist’s pooling, curvaceous forms into flat geometric planes of colour on canvas.

Many of the works on canvas from the early 1970s on display at Hauser & Wirth Zürich have never been exhibited in public before. Beyond the two-dimensional re-imagination of the artist’s previous forms created in glue, these canvases bring a vibrant inventive juxtaposition of colour. His use of shape grows more complex with the works of 1972, such as ‘Harugakita’, and breaks into a dynamic intermingling of forms in ‘Sky-B’ and ‘Propagation-72’. A truly singular period in the artist’s career, the early 1970s timeframe of the current show highlights Matsutani’s committed exploration of the flattening of shapes, through a frank use of strong colours in oil on canvas.
www.hauserwirth.com/