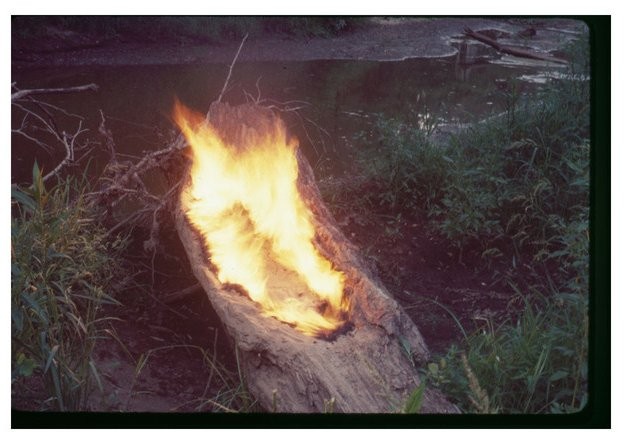 The first retrospective of this major artist's work to be presented in the UK.

Focusing on her later pieces, the exhibition reveals the full breadth of her work and her unique practice in a wide variety of media, from photography to film, sculpture to drawing.

In her short career, Ana Mendieta (1948-1985) created an extraordinary body of work, both provocative and radically inventive.

Using her own body together with elemental materials such as earth, water, blood and fire, she produced visceral performances and ephemeral 'earth-body' sculptures that combine ritual with metaphors about life, death, rebirth and spiritual transformation.

Ana Mendieta was born in Cuba but sent to America as a child, and much of her art expresses the pain and rupture of cultural displacement and exile.

Her images are compelling, mysterious and poetic. In some, the outline of her body is consumed by gunpowder, fireworks, or advancing waves, while others show ancient goddess-forms moulded from sand, carved into rock, or incised in clay.

Bodily traces are inscribed in blood, drawn on leaves and trees, or shrouded within the landscape as she expresses an urgent need to explore our relationship to place in a more permanent way.

'I wanted my images to have power, to be magic,' she said. 'I decided that for the images to have magic qualities I had to work directly with nature.'

Grown out of earlier performances in which Mendieta enacts dramatic gender-bending bodily transformations, these earth and body works are private ceremonies and acts of meditation documented in film, video and photography.
www.southbankcentre.co.uk