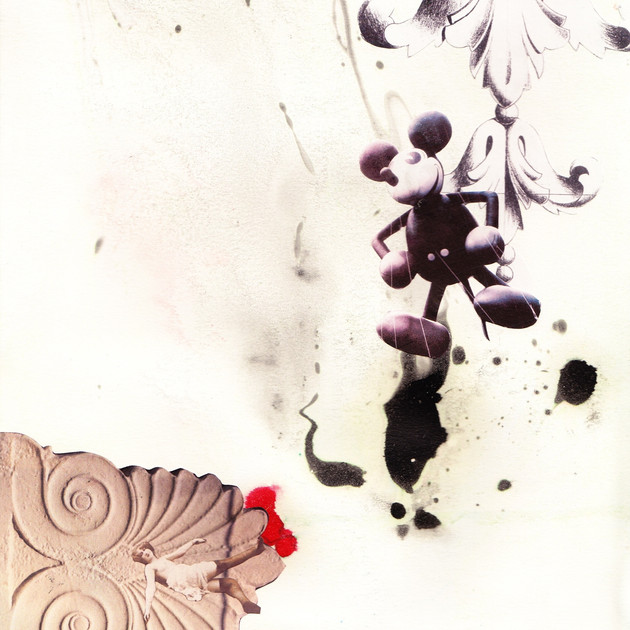 The installation takes the history, materiality and mythology of the Southbank Centre site as a starting point.

It draws on the narrative of an eighteenth-century local entrepreneur, Mrs Eleanor Coade, whose factory was located where Royal Festival Hall currently stands.

These prop-like objects are made from low-tech materials and use a language of approximations. They are not true replicas, but are 'animated' by caricaturisation and humour, transforming and undermining the personality of the space.

In doing so Powell-Williams continues her own ongoing investigations into artifice, hyper-reality and Beckettian absurdity.

Coade's Elixir - an occupation opens up a multi-layered narrative, as Powell-Williams plays with the effects of (re)telling stories, drawing from a myriad of reference points and adding red herrings along the way.

Slipping away from its original historical source, the work explores the intersection between 'personal and collective experiences of our material world ... confronting our sense of reality through absurd scenarios and an interrogation of object making'.

A performance marks the opening night of Coade's Elixir – an occupation, taking place throughout the course of the evening.

A performer choreographs their movements in response to the slightly off-kilter installation in Concrete Café, resulting in a carnivalesque enactment of stuttering celebration.