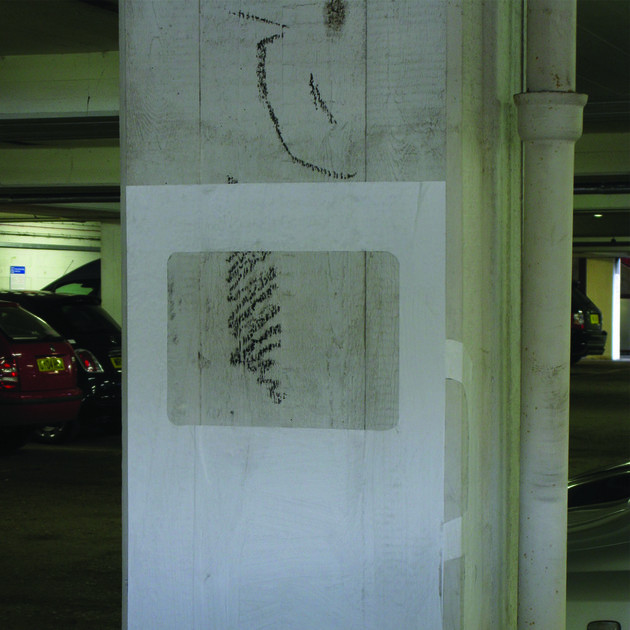 An exhibition by London-based French artist Olivier Castel, for which he assumes the identity of 'Louise Weiss'.

The exhibition begins in the Hayward Gallery cafe Concrete and seeps down into the car park underneath the gallery, via the lift.

Castel usually exhibits under various names and has created over 30 different identities since 2001 - here using Louise Weiss. His works frequently incorporate projections, reflective surfaces, light, posters and audio to create ephemeral or temporal forms. These function as a set of propositions, suggesting possible fictions and exploring the process of making something visible.