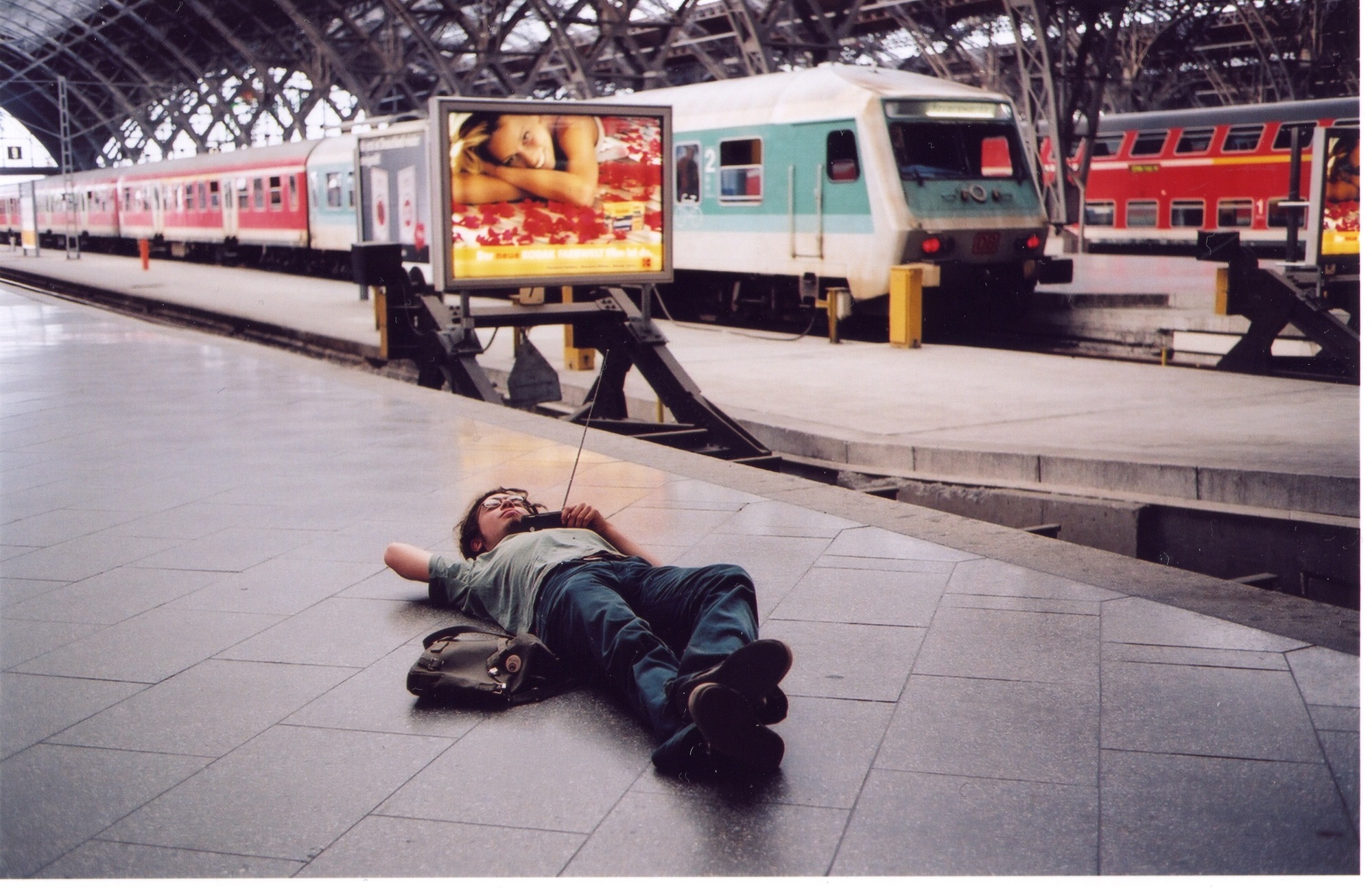 A room of two metres width and ten metres length, not more. Nevertheless, the „Forgotten Bar“ already made history. The initiative was launched by a group of artists and other free thinkers who aimed at showing and making art beyond the confines of conventional exhibition practices. In 2007 they placed a small glass-pavilion in the government district of Berlin and presented daily alternating exhibitions. The concept called „Galerie im Regierungsviertel“ evolved quickly into an insiders` tip and conquered new spaces from Venice and London to New York.

The concept is as simple as it is seductive: Artists invite other artists, who again activate their networks. A snowball effect starts to happen and every night a new show evolves. In 2008 the accelerated gallery found a longer-term home at Kreuzberg in Berlin which was only made possible through the strong commitment of the artist Tjorg Douglas Beer. The 20 square metres of the gallery were shared by internationally renowned artists as well as upcoming talents, curious passers-by and local neighbours.

For a period of seven days the „Forgotten Bar“ finds its way into Heidelberg. At Tjorg Douglas Beer`s invitation guest-curators will launch one-night-exhibitions in an ephemeral architecture by the artist Cedric Bomford. Every night an exhibition opening starting at 8 pm is accompanied by another event mostly in the form of an artist performance. As every evening a different guest-curator together with his selected artists will realise a new exhibition, it is worth to visit the “Forgotten Bar” every night anew.

Parallel to the “Forgotten Bar”, the artist Boran Burchhardt creeps into Heidelberg`s public space by using the backside of no parking and no stopping signs. For a period of a few days Boran Burchhardt will stick stickers on the backside of these signs with the help of medical students from Heidelberg, who are involved in the so-called “Medibüros.” On these stickers one can read in fifty different and less common languages: “Ill and without documents?” – accompanied by a reference to the internet address of the “Medibüro.” In 25 German cities the “Medibüro” and its volunteers put people without required documents in contact with doctors who preserve their anonymity. People who are outlawed and not able to utilise public space and services with the common implicitness gain visibility through Burchhardt`s strategy.

In a similar way the media and performance artists of LIGNA are concerned with the margins of society and challenge the order of public space. By means of moduls of performative radio use the three actors behind the label LIGNA, Ole Frahm, Michael Hüners and Torsten Michaelsen, intervene in public space. Among different formats developed by LIGNA for this purpose is the radio-ballet: Via headphones radio listeners receive a choreography consisting of forbidden and excluded gestures at a formerly public, meanwhile privatised space and thereby undermine its means of control. The prohibited takes place everywhere and at the same time. For the “Ausser Haus”-project LIGNA will produce a new work in collaboration with the theatre of Heidelberg. On three fixed dates the free radio station “bermuda.funk” will broadcast the radio-ballets. All people of Heidelberg are encouraged to participate and to indulge in idleness, purposeless dissipation and in the subversion of established orders.

By means of “Ausser Haus” the Kunstverein aims at encouraging dialogue, action as well as participation and wants to draw attention to the suppressed and marginal. “Ausser Haus” is an experimental firework with some risks but many chances. Cedric Bomford`s pavilion as starting point and stage for the project consists of non-standardised materials and scales. It makes a reference to the logo of the Kunstverein – two rectangles having a different length on every side – a demand against routine and a reminder of the Kunstverein`s self-conception.
www.hdkv.de