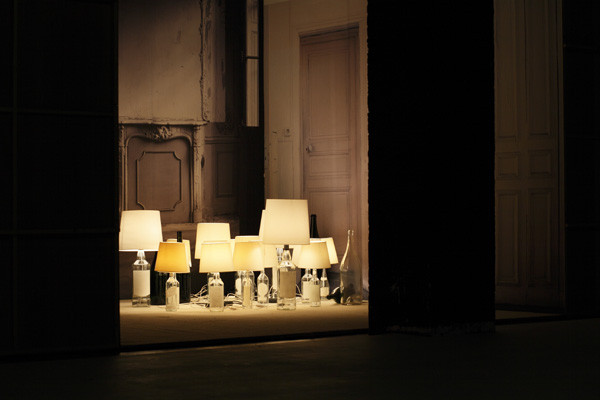 The international festival DYSFASHIONAL, held since 2007 in Luxembourg, Lausanne and Paris is at the intersection of art and fashion design. In 2010, DYSFASHIONAL comes to Berlin for the first time. For three weeks International fashion designers will transform the Haus der Kulturen der Welt into a laboratory of fashion design. DYSFASHIONAL explores the broad range of connections and disruptions in the global world of fashion, presenting the protagonists not as the objects but as the creative process itself.

The curators Luca Marcetti and Emanuele showcase not only works, but also the approach and processes by which fashion is made. The show includes famed fashion designers: Husseyn Chalayan, Martin Margiela, Raf Simons, Gaspard Yurkievich and Jean Collona & Jeff Burton. In autumn 2009, the Berlin-based artist Sissel Tolaas participated in the Paris show. Her unusual artworks will provide the exhibition with a source of irritation. The Norwegian-born artist has archived more than 7,800 scents from around the world and has exhibited widely as a fragrance researcher, including at MoMA, New York, the Beijing National Museum, the Biennales of São Paulo, Kwangju, Havana and Berlin.

In order to emphasize the specific qualities of the climate of fashion in Berlin, the curators will expand the exhibition with examples of local positions. The selected exhibits reveal that the local scene, which is alive and constantly transforming, is permeable, not ordered by genre, media and schools, but innovative, joyful and above all experimental. CREATE BERLIN in cooperation with the Parisian agency mosign will manage the exhibition at the Haus der Kulturen der Welt in Berlin as part of the Berlin-Paris city partnership.

A catalogue of the exhibition is available
www.hkw.de