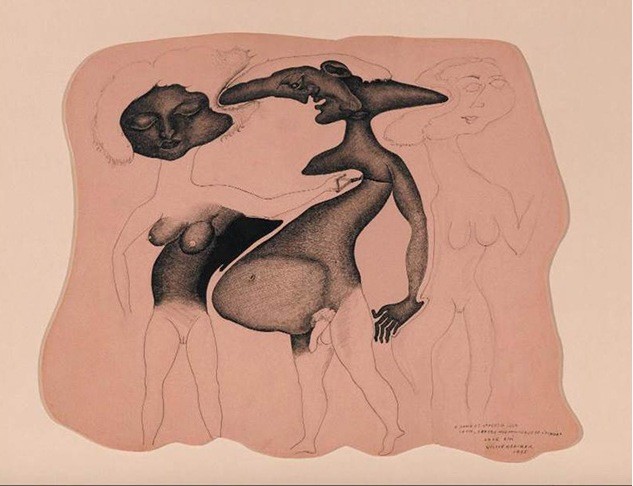 The stock market crash and mass unemployment, political polarization, the industrialization of perception, the violence of colonialism: “c. 1930” was a time of crisis in modernity. For the artistic avantgardes in Europe, the contemporary condition also became problematic; the impositions of the present led artists to break out into an imaginary realm of the archaic and the exotic— seeking out alternative origins and points of departure for humanity. New sciences and the fields already undergoing profound changes— such as ethnology, archae ology, psychology, and mathematics—served as resources. “World art” became a key concept for revising history and modernity.
Taking its cue from texts by the extraacademic art historian Carl Einstein, an exhibition and conference will thematize the upheavals, openings, and contradictions that became manifest in art and the humanities from the 1920s into the 1940s. The “Neolithic Childhood”—a concept used by Carl Einstein to characterize his understanding of Hans Arp—seemed to be a helpful fiction through which to critique the present.

In cooperation with the Akademie der Künste the Carl-Einstein-Archiv, which is held there, has been digitized: adk.de/einstein

A publication to accompany the exhibition will be issued in June 2018 by diaphanes (in a German and an English edition). Preorder at books@hkw.de