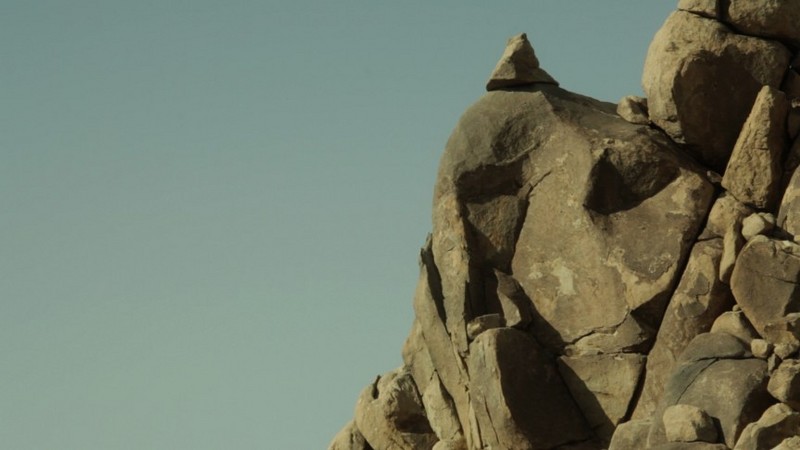 In their essay film MEDIUM EARTH (2013), The Otolith Group explores the earthquake endangered geology of California as well as the spatialized unconscious of capitalist modernism. Through pictures that appeal to the senses and the voice of a “medium” whose body is sensitive to seismic occurrences, the film listens to California’s deserts, translates what the stones write, and decodes the calligraphy of the earth’s crevices.

The second part of the exhibition, WHO DOES THE EARTH THINK IT IS (2014), consists of redacted and scanned selections from the unofficial collection of unsolicited earthquake predictions sent by members of the public to the United States Geological Survey Pasadena Field Office at California Institute of Technology, Pasadena, Southern California, between 1993 and 2007.

In 2010, The Otolith Group was nominated for the Turner Prize.
www.hkw.de