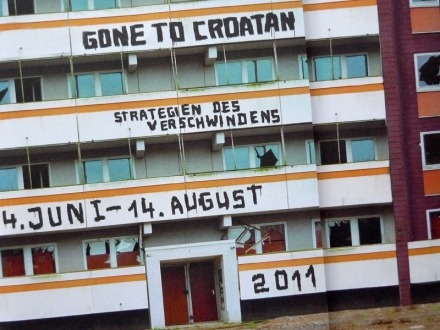 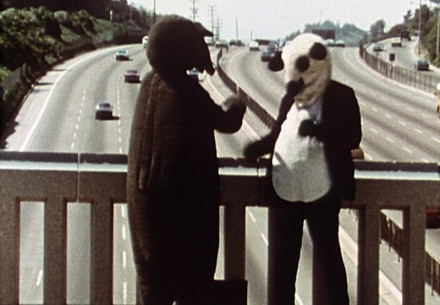 The first European colonists in the New World disappeared leaving behind the settlements and a paper note with the words 'Gone to the Croatan'. The Croatan were an Indian tribe living in neighbouring territories. They are said to have murdered the settlers, however, reports concerning green-eyed Indians seem to contradict that version of events. A hypothesis suggests that the settlers went on a trip into another dimension.

Disappearance is generally associated with defeat. What is invisible is external to public life, and the invisible have no influence on the direction a community is taking. What will happen, however, if we scrutinise specific gestures? When shall we face attitudes that perceive the act of 'descending underground' as part of strategy? Such small-scale practices frequently constitute exercises in a Utopia, which – although unattainable on a global scale – may be available to the individual.

Social exclusion can take many forms. It may result from unfavourable circumstances, or from an autonomous decision taken by an individual wishing to be excluded. The project aims at exploring these practices and their causes with special attention given to the variety of gestures establishing private utopias.

In exchange of HMKV’s exhibition “Awake are only the Spirits” – On Ghosts and their Media” (2009-2010) at the Centre of Contemporary Art ‘Znaki Czasu’ in Torun (Centrum Sztuki Współczesnej Znaki Czasu w Toruniu), HMKV invited the curators Robert Rumas and Daniel Muzyczuk to bring their exhibition Gone to Croatan (realised in 2009 in Torun) to the Dortmunder U. The 2011 exhibition establishes a reference to HMKV’s exhibition on Disappearance, Loss of World and Escaping the World (PHOENIX Halle Dortmund, 2005), and conceptually extends the topic into new territories.

GONE TO CROATAN - STRATEGIES OF DISAPPEARANCE