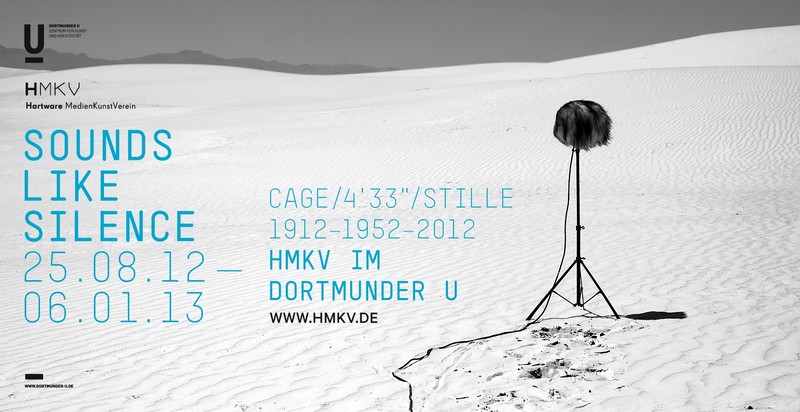 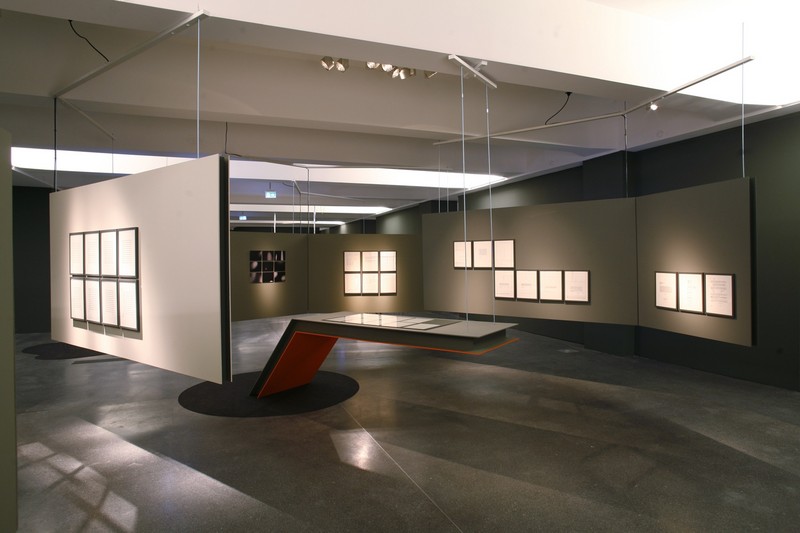 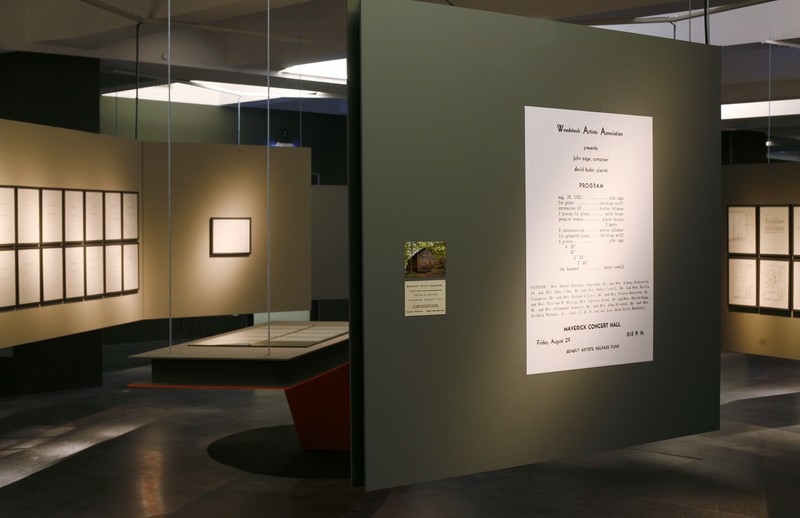 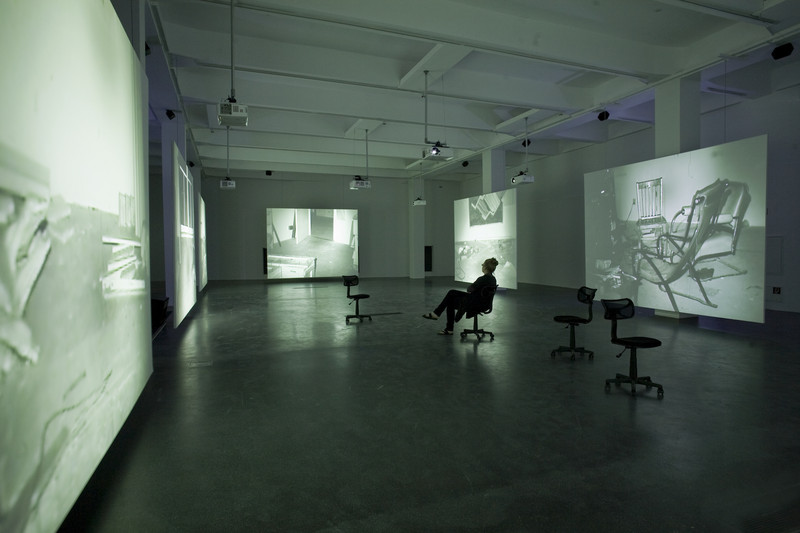 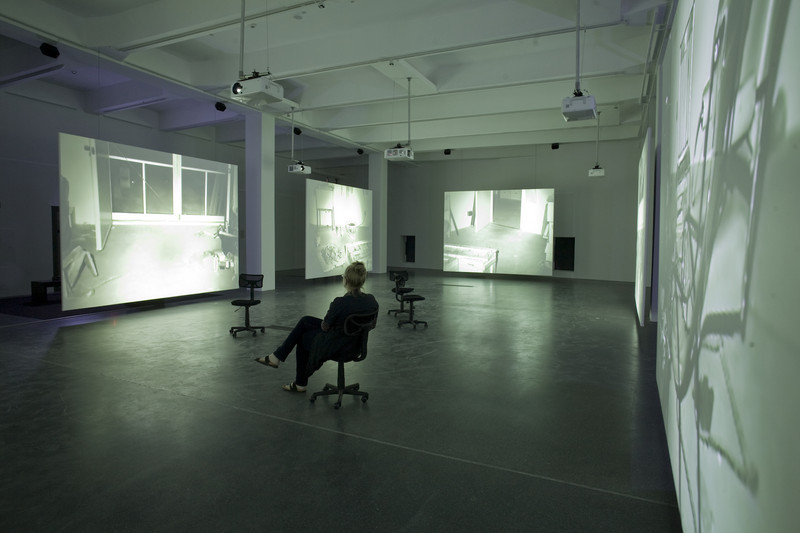 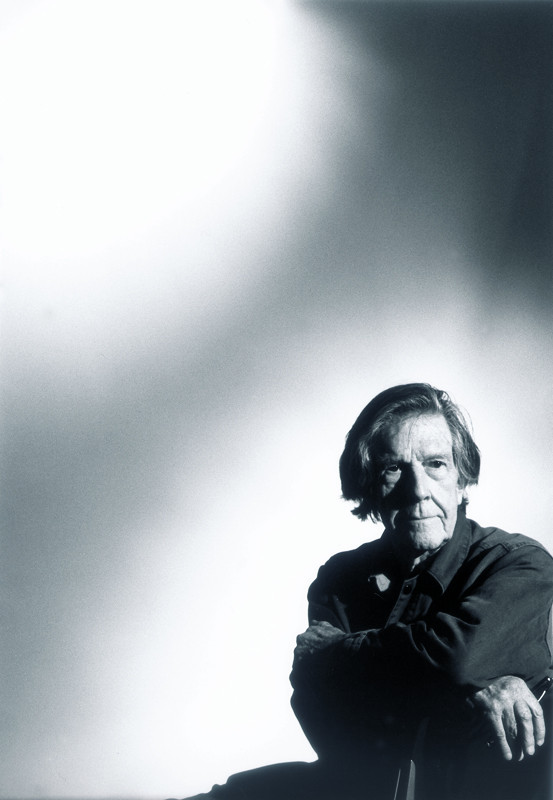 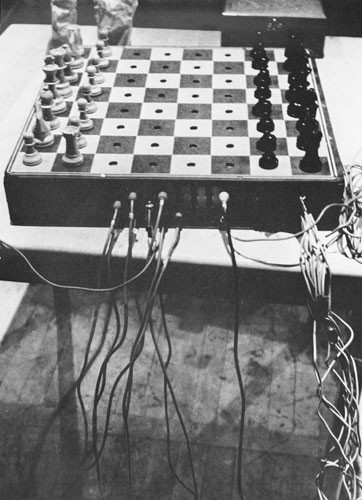 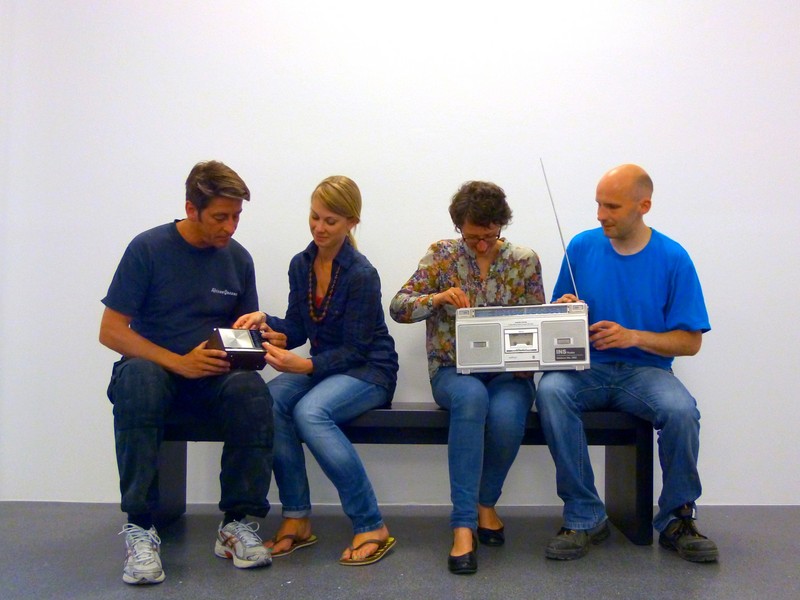 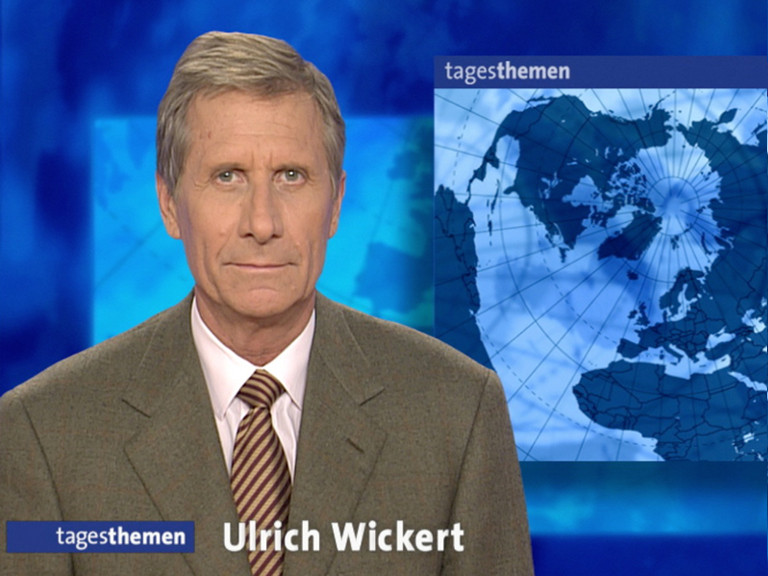 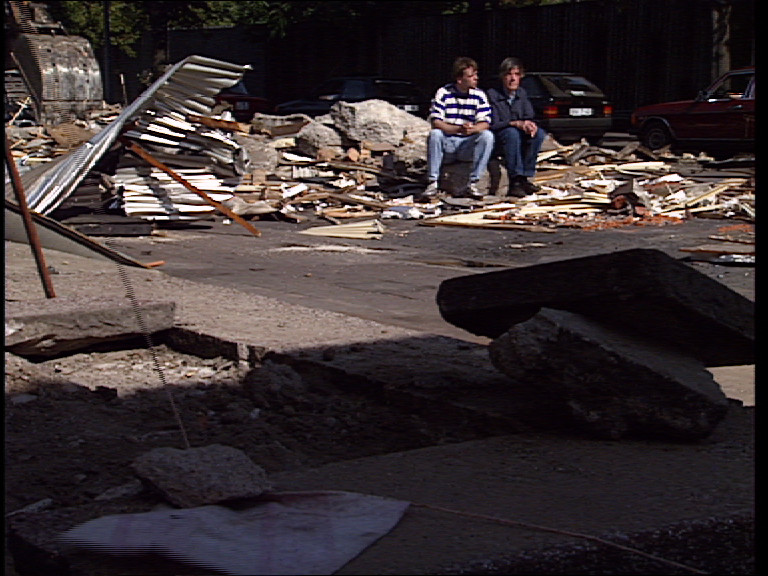 The title „sounds like silence“ is a double-entendre. In one sense, silence itself is sounding. Or in Cage’s terms, there is „no such thing as silence.“ In another sense, sounds are always in love with their opposite, which is silence. So even if absolute silence does not exist, any sound also creates a certain sense of silence: there is no presence without absence.
The double entendre of „sounds like silence“ spins around the reference questions of the project:
What do we hear, if there is nothing to listen to?
How deep is our personal need for silence?
And how much silence can we endure, if there is any?

In 2012 we celebrate the 100th anniversary of John Cage (born September 5 1912) and the 60th anniversary of the premiere, on 29 August 1952, of the composer’s ‘silent piece’ 4’33’’ (four minutes, thirty-three seconds). To this day, this three-movement composition without intentional sounds is Cage’s most prominent piece. Described as ‘an art without work’ by the author himself, it updates and reinterprets the groundbreaking concepts of early 20th-century avant-gardes such as the notion of ready-mades, which Duchamp described as ‘works without art’.

Conceptual parallels in the 1950s

John Cage’s 4’33’’ takes its cue from Robert Rauschenberg’s White Paintings, a seminal series of visual artworks from 1951. In 1952 Guy Debord’s film Howling for Sade staged silence as a provocation in cinema, and in 1955 Heinrich Böll delivered a media critique of radio with Murke’s Collected Silences.
In the 1950s, with the rapid expansion of the media society, information overload reduced the space for introspection and self-perception. Silence and emptiness therefore became metaphors for a longing for non codified spaces of reflection.
Artists were taking different paths: Cage wished its audiences ‘Happy New Ears’, which would increase their sensitivity to ‘sounds as sounds’, while Rauschenberg offered ‘hypersensitive’ surfaces which reflected the light conditions and the shadows of the visitors in the exhibition space. Debord in turn unravelled the role of the spectacle in society and trapped his viewers in the darkened space of the cinema theatre (for the premiere of his film, he ordered the doors to be locked), and Böll had his protagonist Murke collect and, in a self-ironical twist, enjoy the increasingly rare moments of silence in radio.

Cage’s seemingly simple ‘silent piece’ is in fact a highly complex work. The composer has written several different scores as well as a series of variations and sequels. In the course of his long creative career, he repeatedly updated and recontextualised the piece.
The sholarship on 4’33’’ is similarly variegated, approaching the piece from the angles of musicology, art history, media theory, philosophy, perception theory, theatre studies and gender studies. Simultaneously, scholars have pointed out numerous links to other fields and issues, including Zen Buddhism, Minimal Art, performance art, the debate on the liveness of music, the development of pop music or Cage’s homosexuality.

Numerous works of art and music that will be included in the exhibition are known to refer more or less explicitly to 4’33’’, ranging from La Monte Young’s Piano Piece for David Tudor No. 2, 1960, to contemporary works. Furthermore, the exhibition will also include artistic works that deal with 'silence' in the media and in human perception in general. The artistic legacy of Cage’s piece are as variegated as the scholarly literature. Cage’s silence has effectively given rise to a chorus of polyphonic voices resounding with variations and contradictions.

4’33’’ in the contemporary culture

As this exhibition will convincingly demonstrate, Cage’s piece remains highly popular with artists, not least because it can be linked to current debates, notably on the ecology of sound.
In December 2010 the performance of Cage’s ‘silent piece’ by a coalition of 40 London musicians, gathered under the name of Cage Against the Machine, reached number 21 on the UK charts. On 9 September 2010 4’33’’ was performed on German public TV by the musician and comedian Helge Schneider and the entertainer Harald Schmidt (on the piano, with four hands) as part of Schmidt’s popular late night show.
Cage’s observation that ‘there is no such thing as silence’ also reflects a disquieting everyday experience in modern society. The notion of “sound ecology” is holding an increasingly important place in urban and traffic planning, architecture and product design. Both the acoustic environment and the personal use of sound have changed, and the ubiquity of acoustic irradiation in public and private spaces, which is fuelled by the advancement of media technologies, is the subject of controversial debates.

Exhibition
a) Scores of 4’33’’ by John Cage alongside a selection of video recordings documenting various performances of 4’33’’
and the contemporary parallel works by Rauschenberg, Debord and Böll.
b) Cage's further development of 4'33'' 1952 - 1992
c) A selection of contemporary artistic positions referring to 4’33’’ and to the general concept of silence today (42 artists in total).