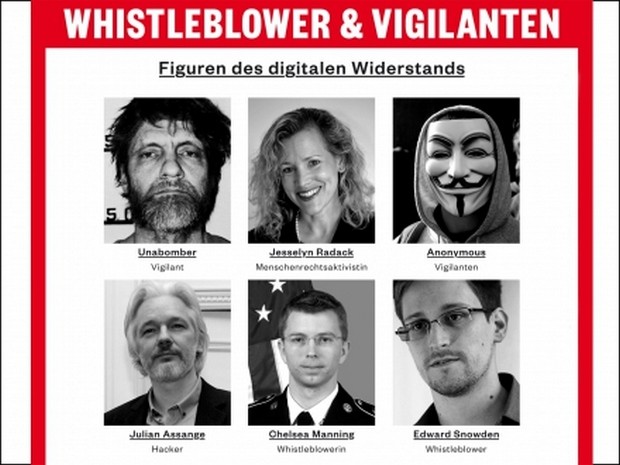 As early as 1996 artists and net activists such as the Electronic Disturbance Theater and etoy began using “electronic civil disobedience” tactics to attract the public’s attention to the rampant commercialisation of the Internet. Since this time, the radical strand of online activism called ‘internet vigilantism’ or simply ‘digilantism’ has been thriving.

The exhibition “Whistleblowers and Vigilantes. Figures of Digital Resistance” asks what links hacktivists, whistleblowers and (Internet) vigilantes. What is the legal understanding of these different actors? Do they share certain conceptions? Who speaks and acts for whom and in the name of which (higher) right?

Among other issues the exhibition will examine the differing legal conceptions and strategies of self-legitimisation put forth by activists, whistleblowers, hackers, online activists and artists to justify their work.