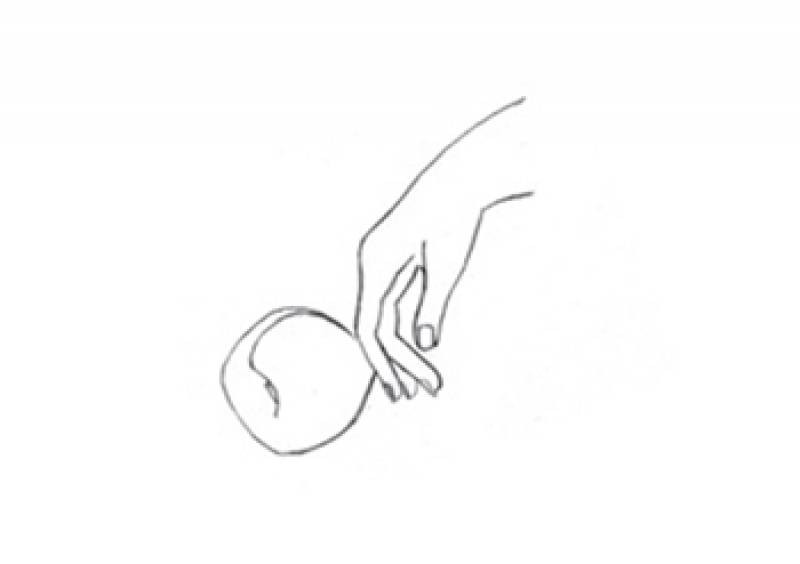 Hotel presents its third show with Alexis M. Teplin, Progress, PLEAS. The ‘progress’ in the title is a reference to Fragonard’s Progress of Love cycle of paintings from the late 18th Century. Teplin often uses Fragonard as a starting point for an abstraction in painting that is based on artificiality in colour and form, sensuality, theatricality and movement. Additionally, Teplin’s allusions to Fragonard position the work within a system of societal politics and reference the notion of decadence that came with rise of a bourgeois middle class from this period.

In Teplin’s new series of oil paintings, each work contains a camouflaged letter. Taken as a whole, the cycle spells out the phrase “PLEAS, if” or “PLEAS, AS if”. P, L and E, the first three letters of “pleas” form a small grouping, as the work is currently installed, and also refer to the characters Paul, Elsa, and Ludovic from Teplin’s plays the Party and ChorUS. In her dramatic writing, Teplin constructs dialectics of aesthetics using her own writing alongside texts and quotations of iconic writers and artists including Martha Graham, Gertrude Stein, Iris Murdoch, and Jean Rhys. Each character in her play serves as an avatar for these female voices of modernism. Linguistically, the duality of “pleas” interests Teplin, as it can signify both demand and apology. The letters create a sound that moves throughout the space. The A and S paintings complete the word, “pleas”, and respond to it with their own popular language reference, “as, if”. Again, Teplin reveals her interest in the flippancy and duality of language—its ability to link historical and contemporary pop culture.

Formally, this body of work references a number of influences: Meret Oppenheim’s Spring Feast (1935), a banquet served on a woman’s naked body, the still life paintings of Cezanne, Matisse and Morandi, and the sculptures of Rauschenberg and Twombly, as well as Richard Tuttle’s alphabet pieces. In painting, Teplin is keen to emphasise colour as an abstraction of light rather than form, as Joan Mitchell does. The sculpture, Peaches and Politics introduces an imagined locus of social negotiation and seduction, painting, art making and decision making. With this arrangement she displays a circumstance: each spoon performs as a stand in for a different character from ChorUS; the peaches, a negotiation, and the gold threads, conversation. In particular this piece references Louis Buñuel’s satiric film, The Discreet Charm of the Bourgeoisie. Released in 1972, this film parodies the establishment. Centred around an ill-fated dinner party, it pointedly exposes the foibles and vices of the bourgeois cast of characters as they desperately try to retain some semblance of well-heeled respectability.

Teplin’s second sculpture in the exhibition, Drawing for Costume with ChorUS poster, which features a film still from The Discreet Charm, becomes a stand in for a body, the missing character of the play and at the dinner party. Teplin constructed this piece to simultaneously resemble both a torso and a mouth. In her work, Teplin wants to ask, “How do we describe this gorging of the human condition, and indeed, how are indulgence, sensuality, seduction and desire linked to the commodity of the art object?”

A brief history of Fragonard’s ‘Progress of Love’

Louis XV commissioned the first four panels of Fragonard’s ‘Progress of Love’ series for his mistress Madame du Barry’s entertainment pavilion at Louveciennes in 1773. The paintings, however, were never accepted (Madame du Barry was said to be annoyed by the likeness to herself and the King) and were returned to Fragonard’s studio. They remained in his studio until 1790 (the Reign of Terror) when they were moved to his native Grasse and the home of Fragonard’s cousin M. Maubert, with whom he was living. Fragonard installed them in the principal salon (he added an additional ten panels to the series, including the Abandonment, where the mistress is left by her lover), where they stayed for over 100 years. In 1898 they were sold by M. Maubert’s grandson to Mr. J.P. Morgan and in 1902 exhibited by Morgan in Guildhall, London, where they caused an ‘artistic sensation.’ The series was then installed in Morgan’s London home until 1913, when upon his death they were leant to and exhibited at the Metropolitan Museum of Art. In 1915, much to the public’s dismay, they were removed from the Met, sold to the Duveen Brothers and in turn to Henry Clay Frick to be installed in the Drawing Room of his home on East 70th Street in New York City.
www.generalhotel.org