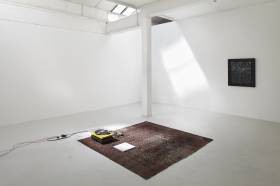 David Bussel is an independent curator and writer based in London.

Gregorio Magnani has been involved in contemporary art since the mid '80s. He is now mostly interested in artist's books and in their survival.