Bernd, Hilla and the Others 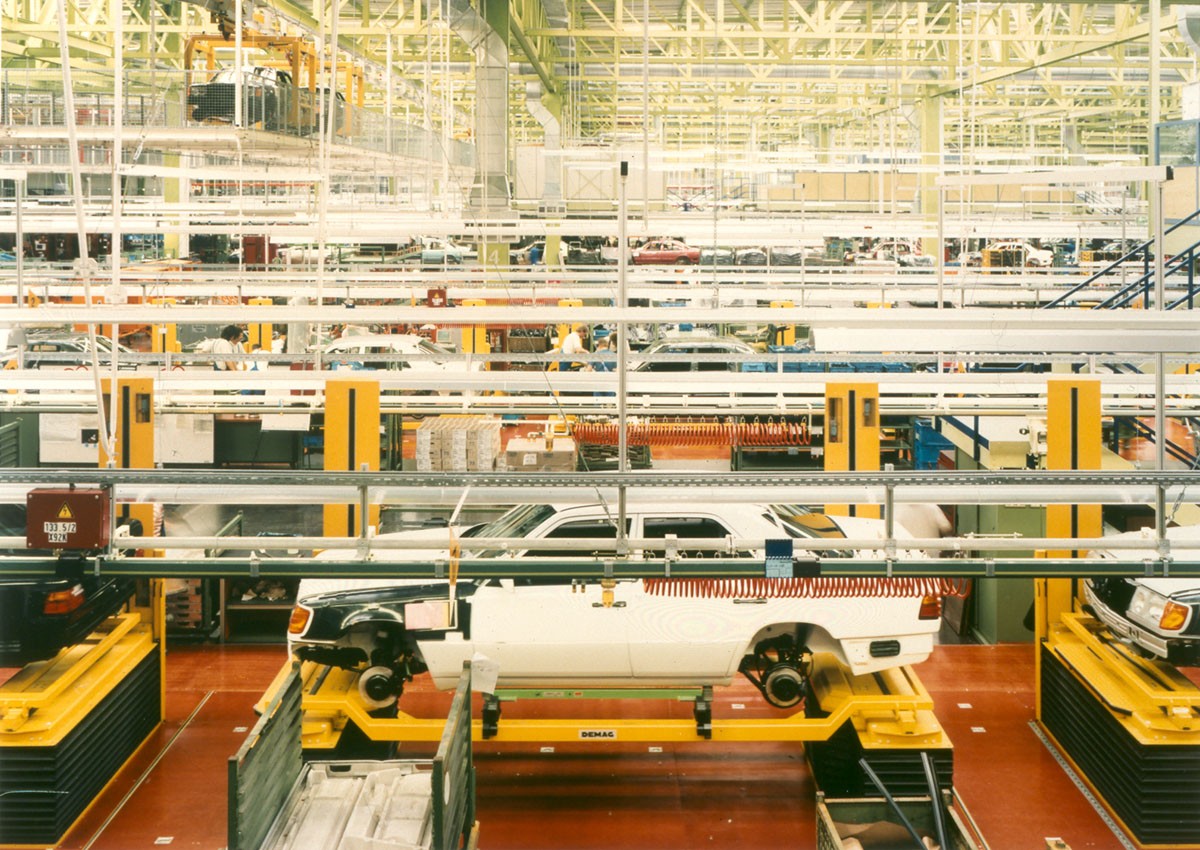 BERND, HILLA AND THE OTHERS
Photography from Dusseldorf
9 March – 3 June 2018

Curated in close cooperation with Barbara Hofmann-Johnson, director of the Museum für Photographie in Braunschweig

In the spring of 2018 Huis Marseille will be devoted to the so-called Düsseldorfer Photoschule, photographers who studied at the Dusseldorf Art Academy under Bernd and Hilla Becher or their successors Thomas Ruff and Andreas Gursky. The photographic vision of Bernd and Hilla Becher was so influential and successful that these photographers – also known as the Becher-Schüler – have left their stamp on contemporary photography from the mid-1970s onwards. Huis Marseille has a considerable collection of photographs from the Dusseldorf school. These will be presented in the exhibition alongside early, mostly unknown work by photographers such as Höfer, Ruff and Struth, as well as more recent work by young and upcoming photographers.

Precision and comparability
Bernd Becher (1931–2007) was professor of photography at the Staatliche Kunstakademie Düsseldorf from 1976 to 1996. Until his arrival the academy had been associated principally with painting and sculpture, and with such famous artists as Joseph Beuys, Sigmar Polke and Gerhard Richter. As an artist couple Bernd and Hilla Becher became known for their impressive and coherent oeuvre of photographs of industrial and functional architecture, including water towers, lime kilns, mine shafts, factory buildings and framework houses. In photographing these constructions they strived for precision and comparability, placing each object in the centre of the frame and at eye height. They presented their photographs in ‘typologies’, series of images of the same type of object. The Bechers greatly admired the work of August Sander and Albert Renger-Patzsch, representatives of the Neue Sachlichkeit (New Objectivity), an influential movement in German art that arose during the 1920s.

A new concept
Bernd and Hilla Becher’s formal and conceptual approach was enthusiastically adopted by their students, who included Candida Höfer, Axel Hütte, Andreas Gursky and Thomas Struth. These added their own visions, and chose themes that were strongly culturally determined such as different types of architecture, cityscapes, (man-made) landscapes, (group) portraits and interiors. Where the Bechers had worked consistently in black and white and in fairly small formats, their students moved to colour and to large, monumental formats. Like their masters, they worked in an investigative, slow, and documentary way that was often compared to the working methods of 19th-century photographers using large plate cameras and tripods. While the work of Bernd and Hilla was linked in the 1970s to conceptual art and to movements such as Minimal Art, their students’ work was cited in discussions about traditions in painting.

Experiment
Despite the formal principles to which many of the Becher-Schüler adhered, they were not afraid to experiment. Andreas Gursky experiments with digital techniques and Thomas Ruff makes frequent use of ‘useful’ and ‘found’ photography – images taken from existing sources such as astronomical photographs, infra-red photographs, press photographs and pornography. Elger Esser and Jörg Sasse also combine their own photos with other photographs they find and process. Younger photographers such as Anna Vogel and Louisa Clement, who studied under Ruff and Gursky in Dusseldorf, experiment freely with the digital possibilities of photography. Clement even makes her photos with a smartphone. What links all the Becher-Schüler is their serial, conceptual, and consistent working methods.