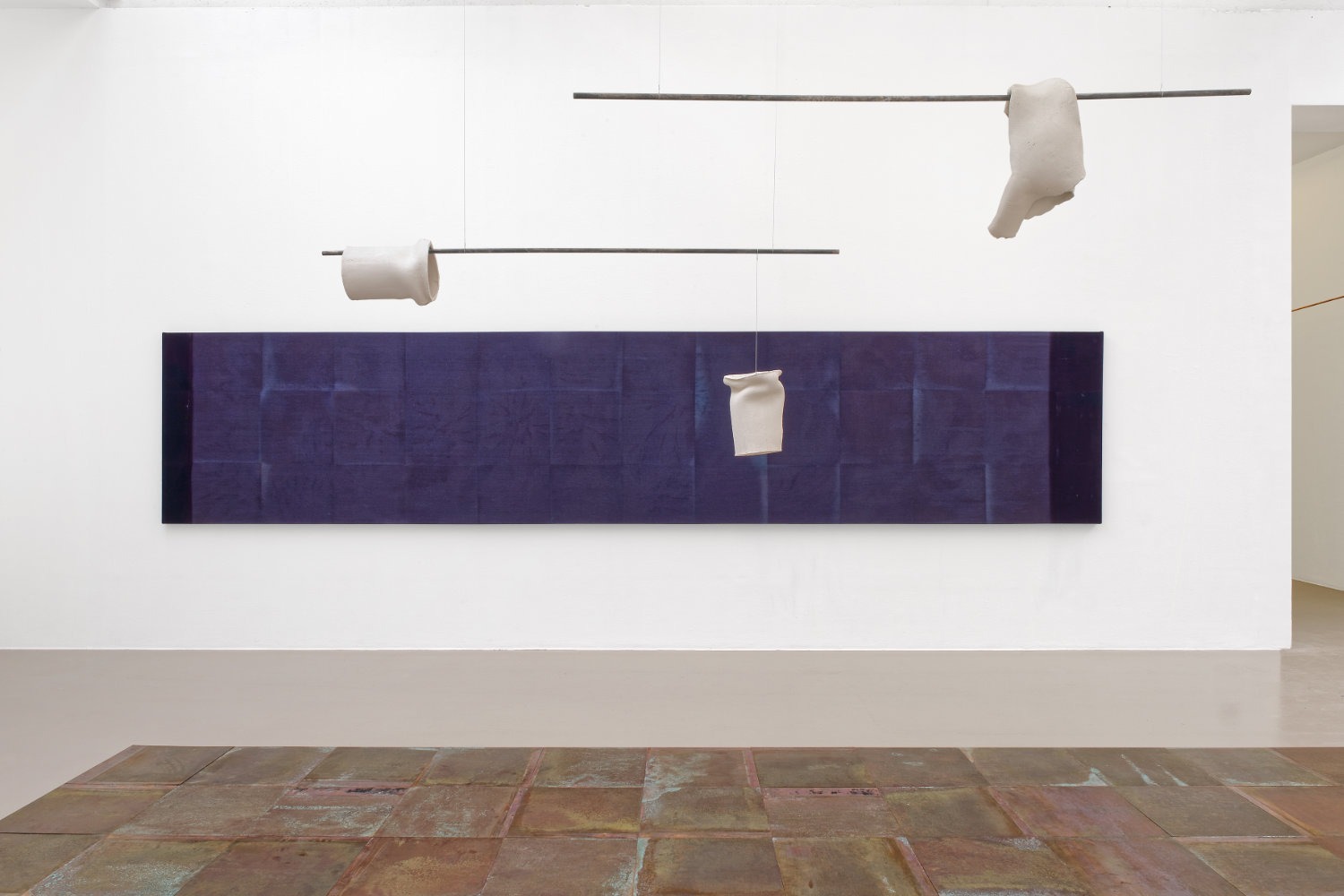 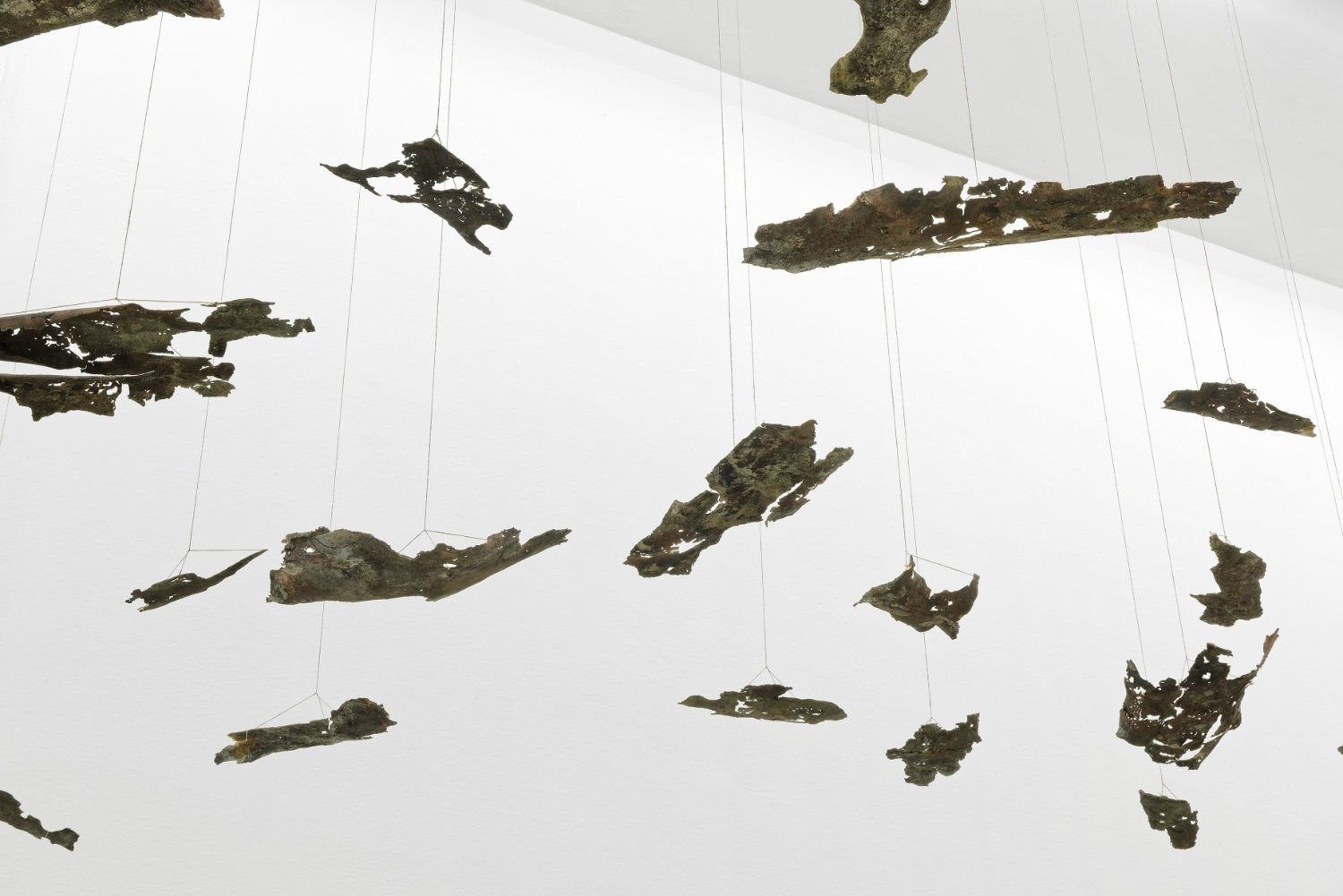 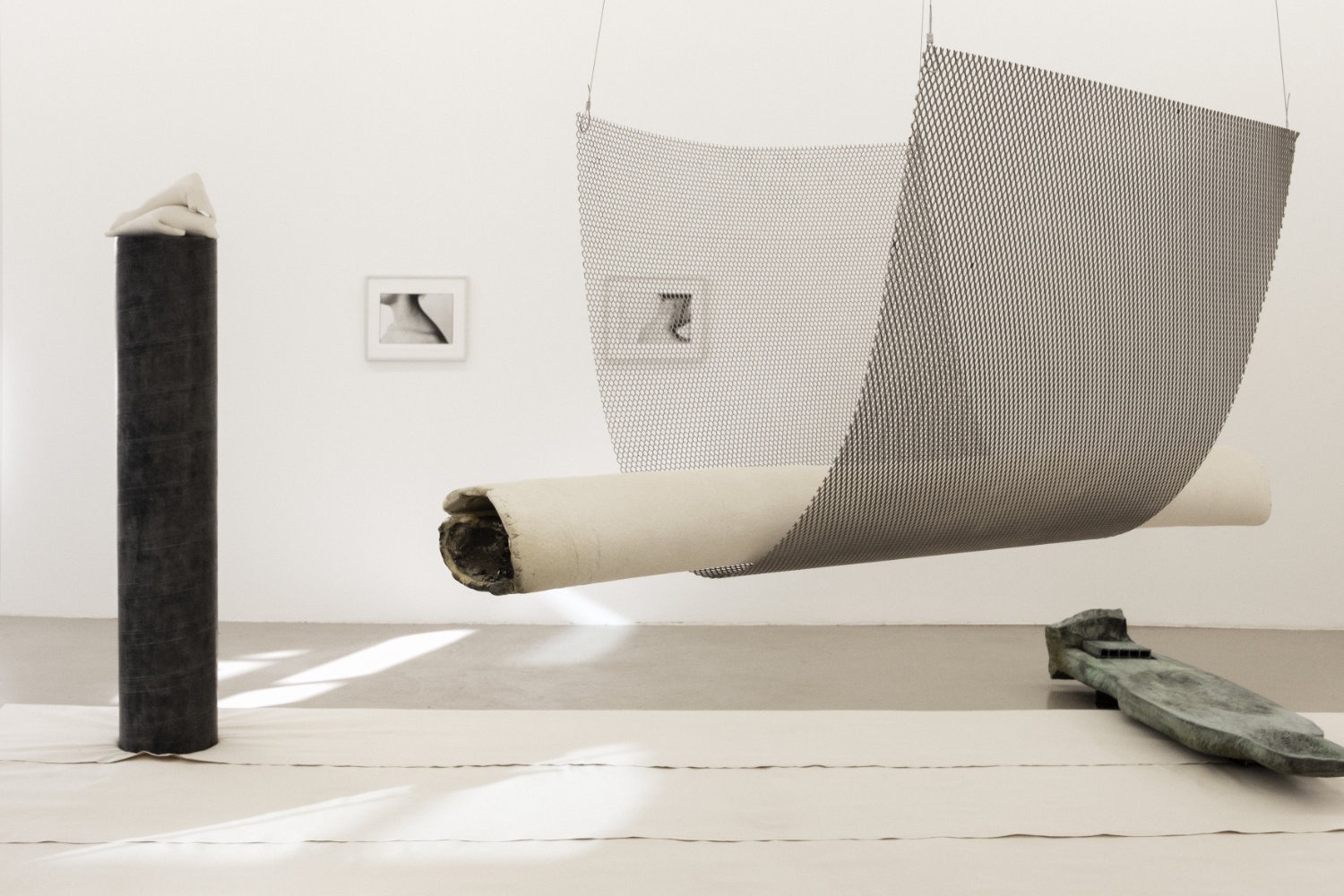 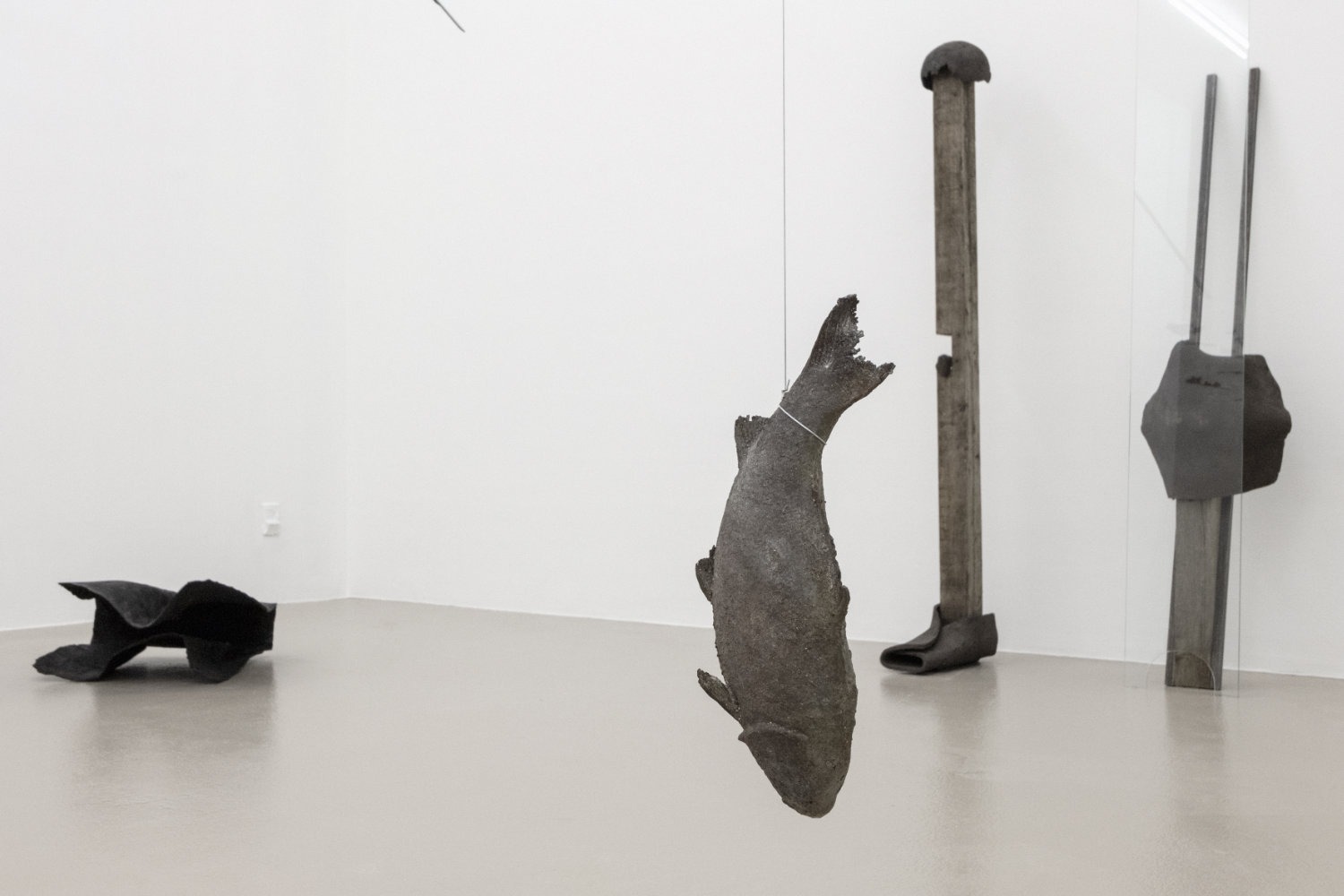 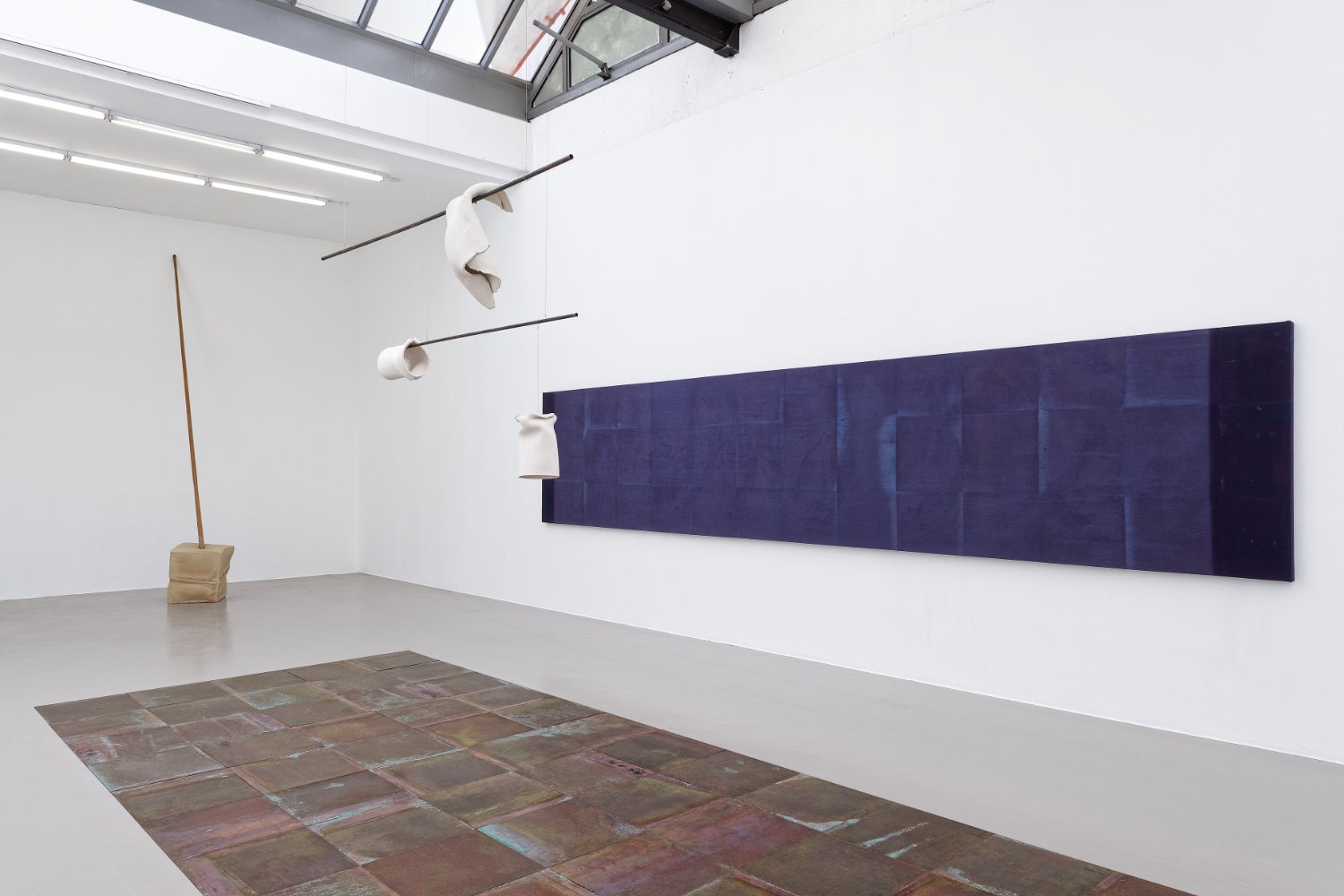 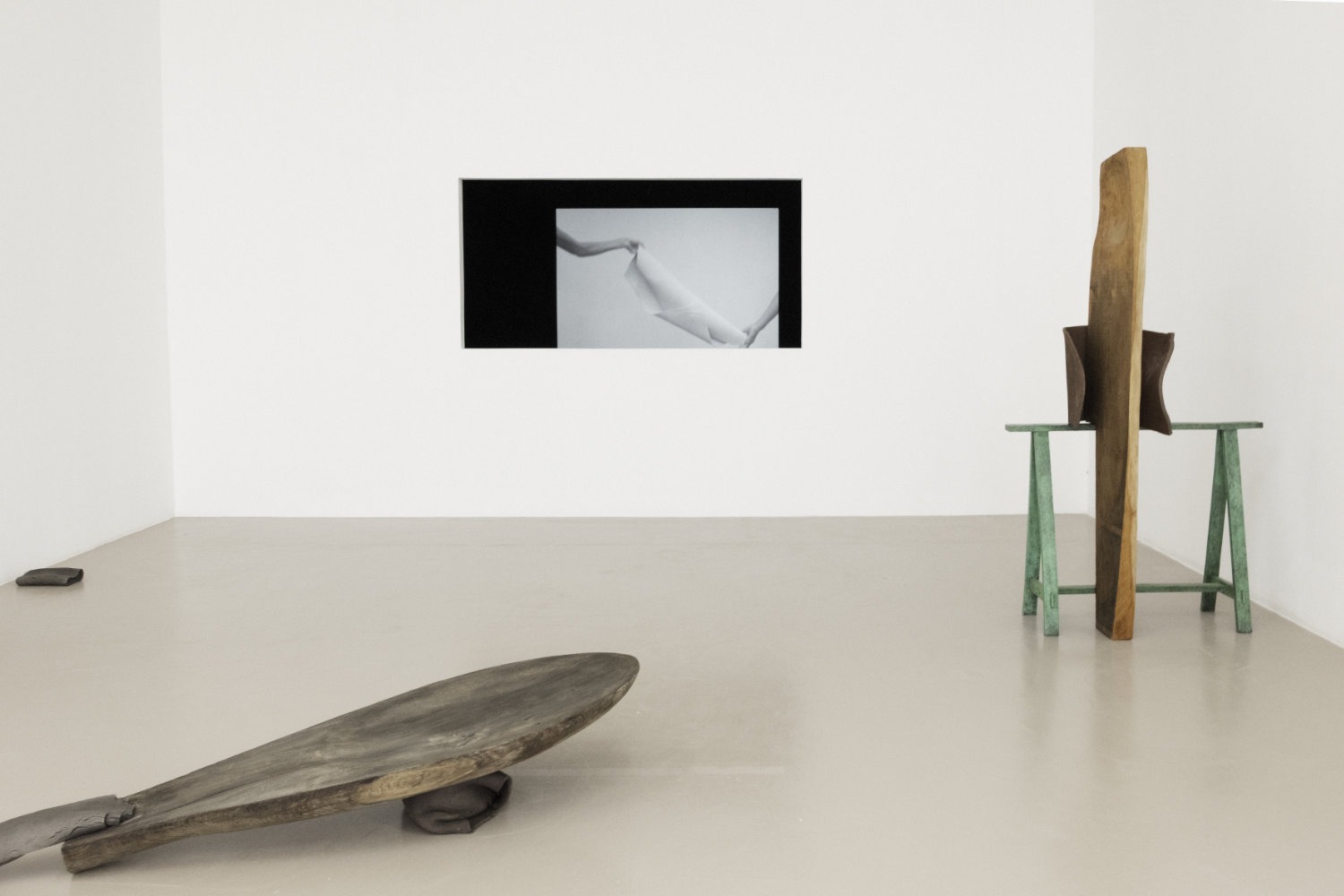 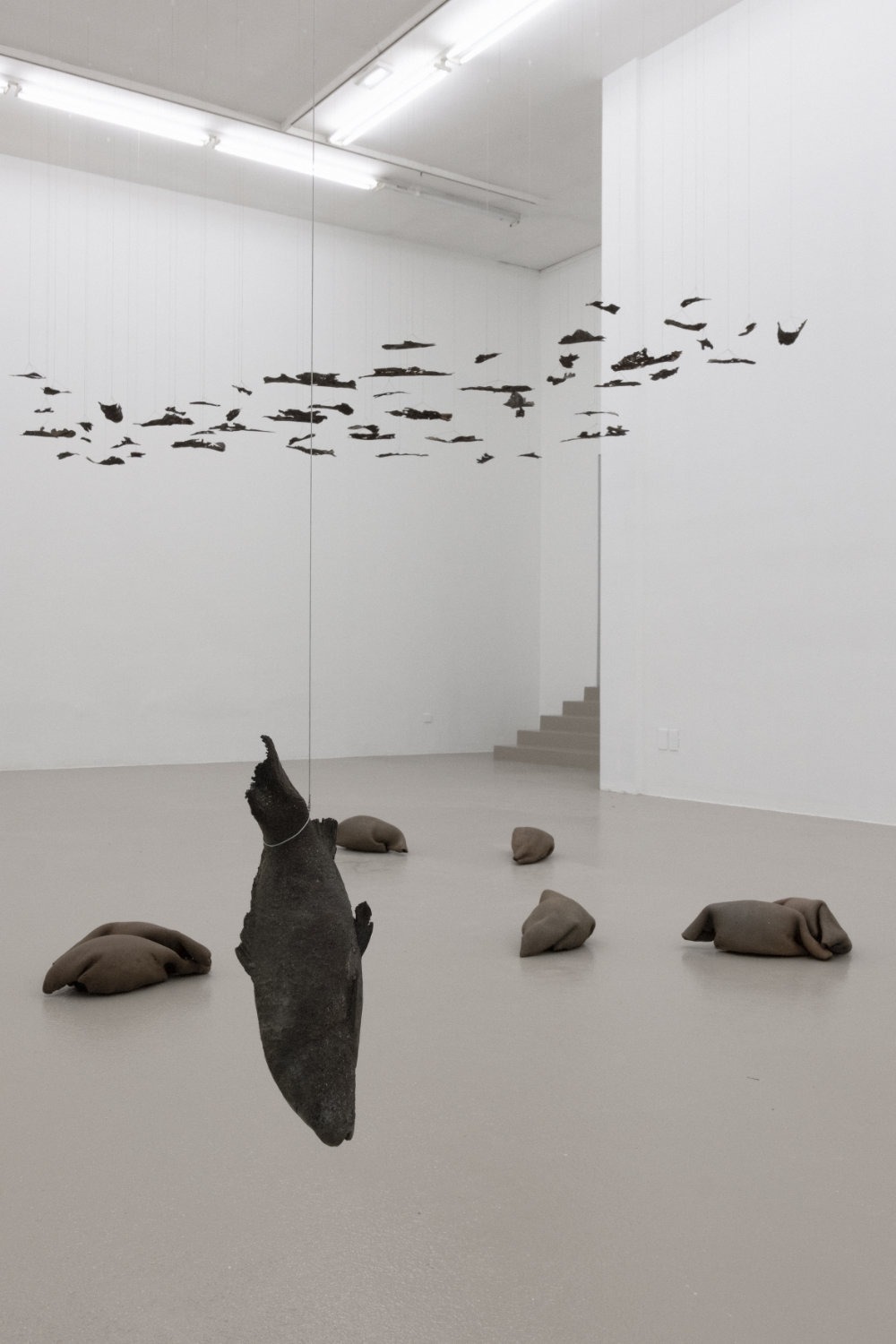 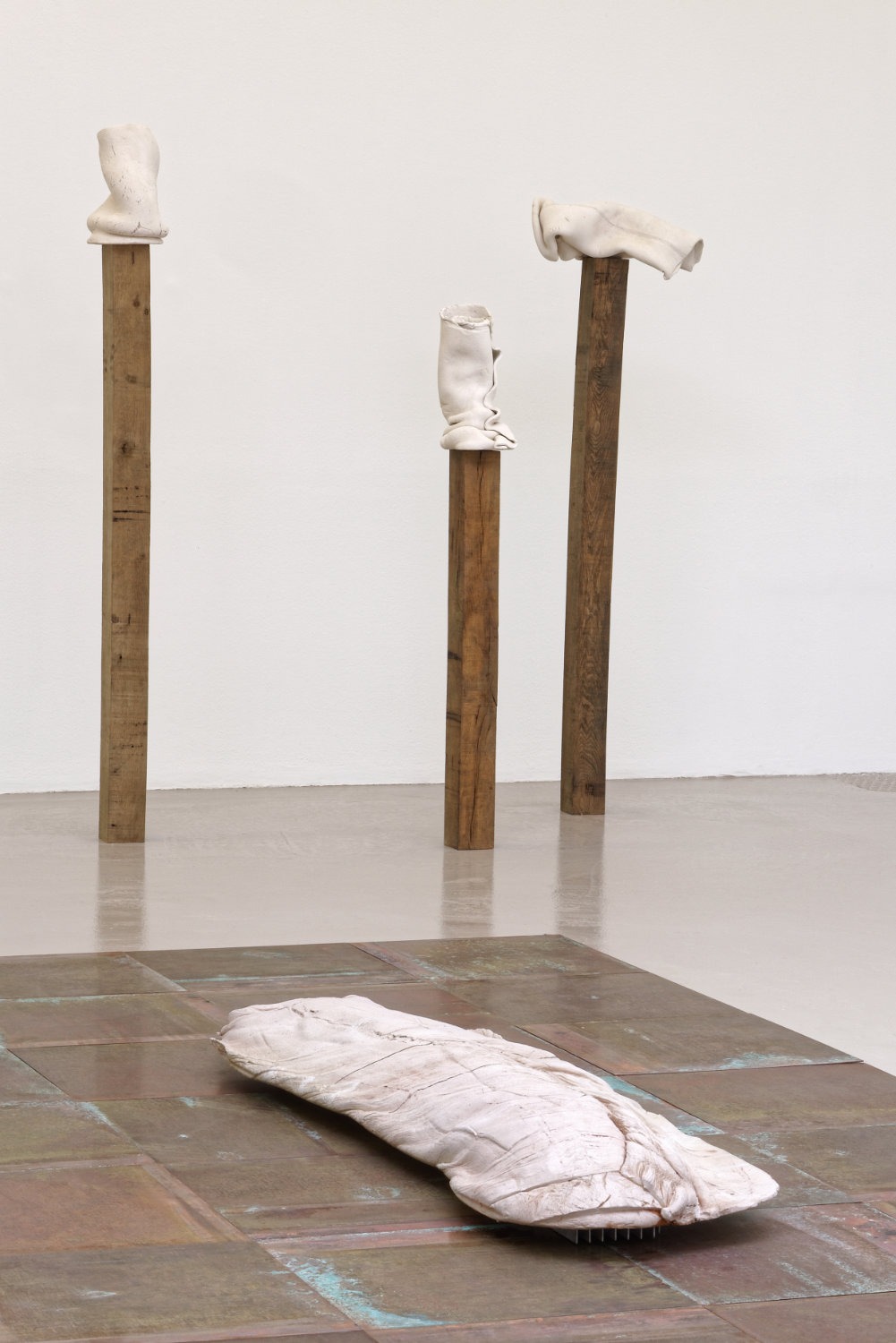 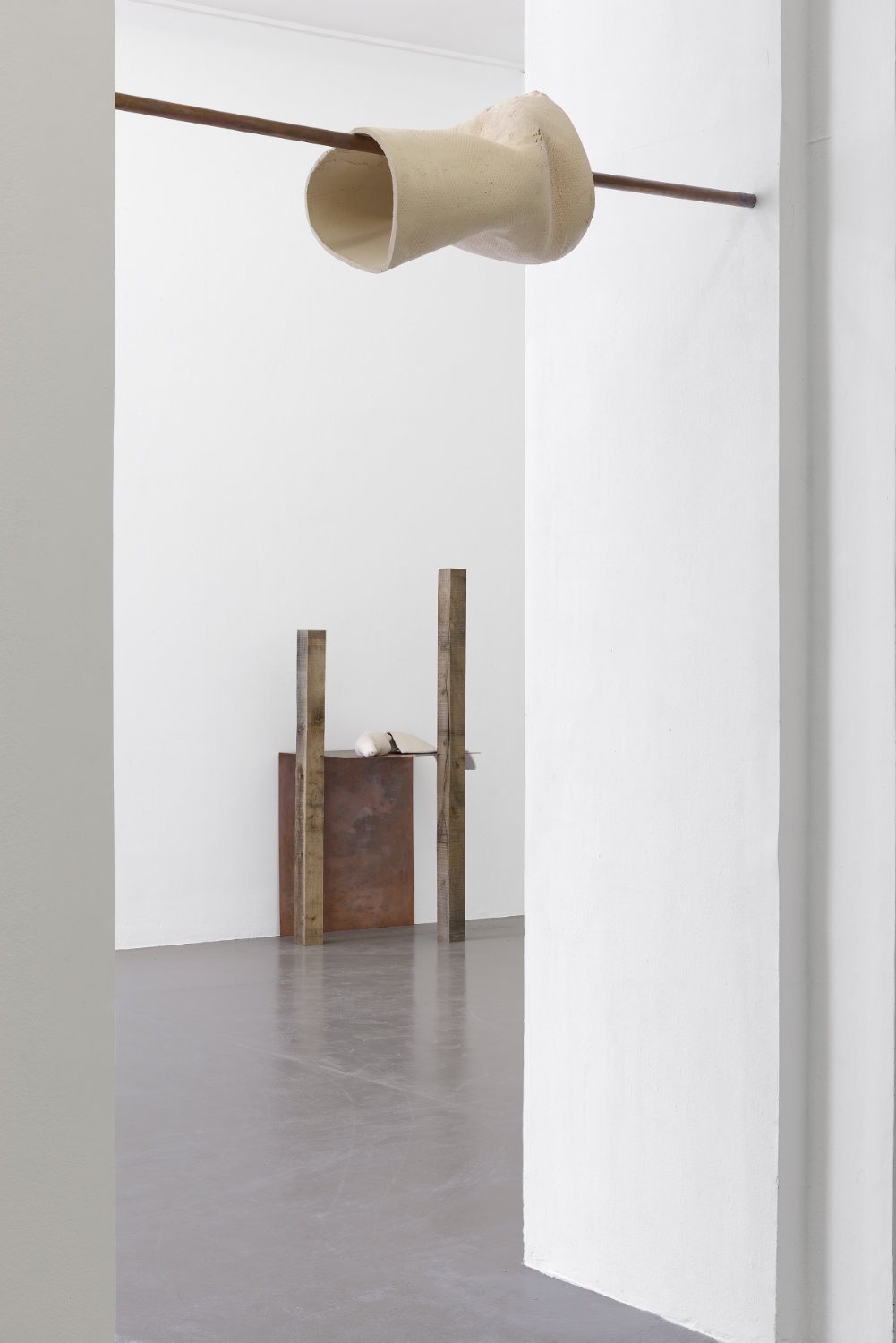 Following her participation in different group exhibitions at the IAC (1966-79, 2013; Demain dans la bataille pense à moi, 2015-16; Le Trait de Jupiter, 2017), this Autumn the IAC will invite Katinka Bock for a large scale monographic exhibition.
Third part of the Tomorrow’s Sculpture cycle, dedicated to the artist by different European exhibition spaces, Radio will deploy a collection of productions and creations based on the principle of their on site reactualization.

Using materials such as clay, stone, wood, copper, plants and water along with everyday objects that have been diverted from their initial use, Katinka Bock’s sculptures and installations use gestures that are legible and simple : folding, winding, marking, rubbing, falling, finding a balance...

Far from being frozen, the artwork becomes part of the flow of life, allowing itself to be altered in accordance with the spaces within which it takes form or to carry the traces of its origins.
In the continuity of this practice, Bock implements in her creations physical processes such as circulation of flows or the altering of materials that have been exposed to certain meteorological conditions. Thus, with various dynamic physical forces running through them, her propositions manifest intermediary, transitory, precarious states to the point that they simultaneously induce new potentialities for each exhibition.

First exhibition of the artist designed for a number of different institutions, Tomorrow’s Sculpture exists in three parts – Sonar at the Musée de Winterthur (Switzerland), Smog at the Mudam (Luxembourg) and Radio at the IAC. Based on a common preselection of artworks, these three parts constitute a prism through which Bock explores multiple variations of the notion of extension.

While probing the form of the landscape at Winterthur for its narrative potential, Bock proposes for her intervention at the IAC, an alternative based on the physicality and the phenomenological dimension of her work.

In the manner of a precipitate, of a decantation observed by transparency in a fluid, the exhibition deploys a typology of forms and materials throughout its different occupied spaces.
Imagined as a continuity made up of distinct but interdependent elements, this new sculptural proposition, situated principally on the ground, renews the original questions posed by the artist concerning the process of production and the principle of co-existence inherent to matter.
www.i-ac.eu