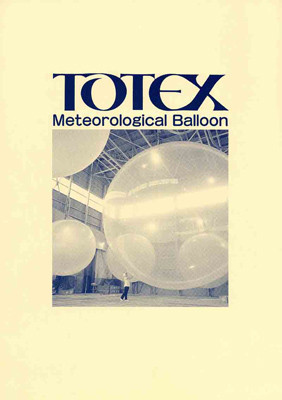 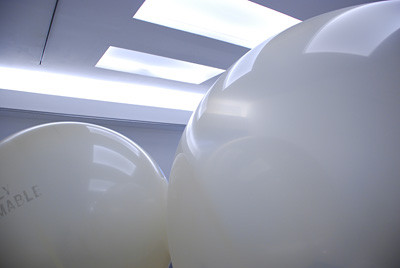 
IBID PROJECTS is pleased to present the first UK solo exhibition of Amsterdam-based artist André Avelãs. The exhibition includes a new installation, Untitled, 2008 based upon a configuration of large-scale weather balloons and musical instruments which are set up to produce an immersive and constantly shifting environment that changes throughout the duration of each day.

Since graduating from the city's Rietveld Academy in 2005 Avelãs has made numerous performances, sculptures, installations and recordings which share a fascination for the way in which audio is produced and how it creates meaning in relation to space and the conditions under which it is heard. For example, he has previously used industrial machinery to create sound, or built sculptures in which the physical process by which noise is produced is more apparent than any actual content of the sound itself. Central to Avelãs' practice is a focus on sound not as a carrier of content but as a malleable material which shifts and changes in relation to the methods and machines through which it is reproduced.

Following the ideas of William Burroughs as much as John Cage or La Monte Young, Avelãs has expressed an interest in the disruptive potential of noise. In the current exhibition his work Untitled, 2008 is based around the airflow of three large scale weather balloons, more commonly used by meteorologists and scientists to test atmospheric pressure and other environmental conditions. In this case Avelãs has adapted these imposing and potentially explosive objects, fitting them to an automatic device that channels air to a series of discreet musical instruments connected by pipes. The result is a makeshift drone which references redundant technologies as well as setting up a network of sonic associations to do with the noises experienced in everyday life.

André Avelãs (b. 1976, Portugal) is the founder of format based record label Aquela Mã?quina and has presented regular programs of That Horrible Noise for Radio Rietveld since 2006. Group exhibitions in which he has participated include Word Event (2008) at Kunsthalle Basel, curated by Maxine Kopsa; Sirens (2007) at general public (2008), Berlin, curated by James Beckett; and Start (2005) at Fons Welters Gallery, Amsterdam. Avelãs is programmer of DNK Amsterdam, a series of concerts for live electronic and acoustic music.

For more information or images please contact Romilly Eveleigh on +44 (0)208 983 4355 or email: romilly@ibidprojects.com