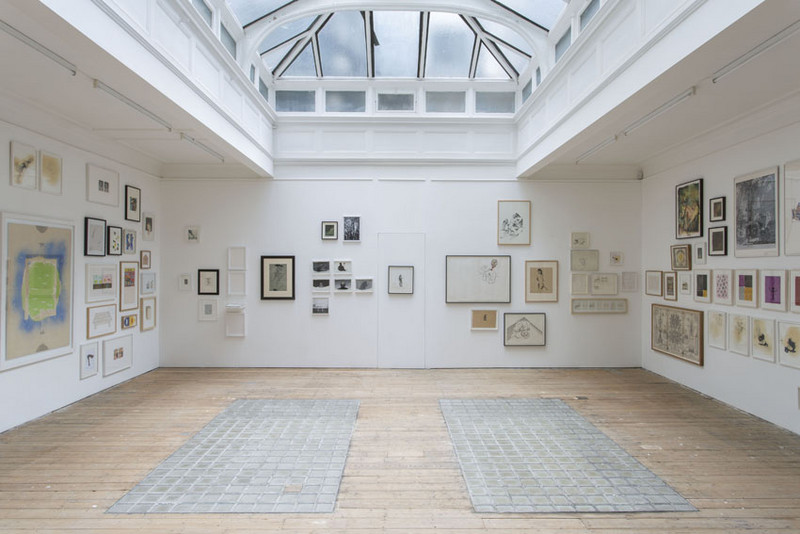 TOWER incorporates 120 art works by 80 artists, designers, architects and other practitioners from several generations, and is hung from floor to ceiling covering the walls under the large skylight canopy of Ibid London's main gallery. Covering the entire walls of the gallery, similar to the way a bookshelf spans the walls in a Borges library, TOWER attempts to bring together a wide array of materials that all start with a distinct line or linear composition. Each work will continue or contribute to the next in a staggering display aspiring upward, not unlike the idea of a structure of learning and of the growth of real and imagined spaces. The title implies an entity that is built up through many segments, layers, investments, enquiries, components or positions, each that has an individual role yet contributes to a whole, in an overall structure or impression. Buildings, as with art works, adhere to a hierarchy of decisions, that all commence from a single line. Lineage and art historical positions originate in this narrative from Schiele, whose drawings attempt to contort anatomy with a distinct rawness, whilst Flora Hauser’s mark making has been reduced to mere fragments originally drawn from texts from the artist's personal notebooks. In-between, art works will be included from the gallery's collection, its past, present and future program, as well as further works from several reputable private collections in London and Zürich